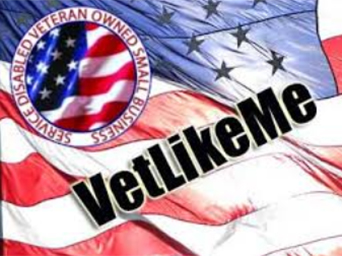 CBO Report on HR 2882: Report cites savings of $5M per year to move CVE to SBA

On April 14 the Congressional Budget Office (CBO) released its analysis of HR 2882***. On April 16, VetLikeMe contacted both SBA (failed to comment) and the VA for an official statement regarding CBO’s assessment. VA responded on April 22 with a letter by Mr. Tom Leney, Executive Director of the Veterans and Small Business Programs for the Department of Veterans Affairs. The letter was in response to CBO’s report on HR 2882 (see VLM, April 14: “Improving Opportunities for Service-Disabled Veteran-Owned Small Businesses Act of 2013″- HR 2882):

***[Improving Opportunities for Service-Disabled  Veteran Owned Small Businesses Act of 2013.  This bill was introduced on July 31, 2013 by Rep. Mike Coffman (R-CO) and assigned to the House Committee on Veterans Affairs and the House Small Business Committee].

“The Congressional Budget Office (CBO) released its report on H.R. 2882 on April 14, 2014. The report states that by moving the VA Veteran-owned small business (VOSB) verification program created under Public Law (PL) 109-461 to the Small Business Administration (SBA) for processing applications, maintaining the database of verified VOSBs, and hearing appeals, there would be a net savings to the government of $5 million. The report further states “that the savings realized by VA would be spent on other authorized activities; therefore, the effect on direct spending would not be significant.”

“VA believes that the CBO based its findings on inaccurate cost data, failed to take into consideration a provision in the bill that would fund the program from the VA Supply Fund, and ignored the current program metrics that substantiate the success of the program at VA.

“VA has invested heavily in building a robust and effective system for verifying VOSB eligibility for the VA Veterans First Program.

In Fiscal Year 2013 we spent $6.9 million on building verification capacity and in FY 2014 we are spending $12.3 million in non-recurring investments to ensure that the system is efficient and cost-effective. As a result, we expect the verification program costs to be approximately $14.7 million in FY2015 to handle 6,000 applications.

“In FY 2013, VA budgeted $16.8 million on its VA VOSB verification program while processing over 5,700 applications. This included the expansion of the Verification Assistance Program and the Pre-Determination Findings program that have raised the initial application approval rate from 55% in FY 2012 to 96% in FY 2014 year to date. These investments also resulted in the reduction of processing times for initial applications from 110 days to less than 30 days, against a regulatory target of 60 days. Our rigorous post-verification audit program in FY2014 has examined more than 659 verified firms and found only 3% to be ineligible, further validating the integrity of the program.

“VA believes that VA is best positioned to administer the Veterans First Program, to include verification of VOSBs seeking to participate in a program that procured $3.9 billion from VOSBs in FY2013, more than the rest of the civilian agencies of the federal government combined.”

On October 31, 2012, Mr. Jan Frye, VA’s procurement chief, released a letter advising VA contracting officers to ignore the recommendation of the Government Accountability Office (GAO) that SDVOSB be given priority consideration for contracts under VA’s Public Law (PL) 109-461, or “Veterans First” policy. In response to a GAO decision to a protest in favor of an SDVOSB, Frye’s letter stated that 109-461 was not applicable because GAO had no real authority over Cabinet level agencies  (VLM January-February 2012 Volume 3, No. 1).

“Since its founding in 1974, the Congressional Budget Office (CBO) has produced independent analyses of budgetary and economic issues to support the Congressional budget process. The agency [CBO] is strictly nonpartisan and conducts objective, impartial analysis, which is evident in each of the dozens of reports and hundreds of cost  estimates that its economists and policy analysts produce each year.”  http://www.cbo.gov/about/overview

Both federal entities – by definition — work for Congress. VA ignored GAO’s decision in 2012, and VA argues in Mr. Leney’s letter that CBO:  “based its findings on inaccurate cost data, failed to take into consideration a provision in the bill that would fund the program from the VA Supply Fund, and ignored the current program metrics that substantiate the success of the program at VA…”

First, the program is NOT a success at VA, plain and simple. The VA has been protested at least 30 times for not adhering to its own public law, 109-461. Each time, GAO ruled against the VA. In the interest of saving taxpayer dollars, GAO now refuses to deliberate cases involving the 109-461.

Who or what will stand up to the bullying of So that’s that. Is VA is a rogue government agency run amok by the hubris of its bureaucrats and a total lack of oversight by its Secretary?  Who can hold VA accountable to Congressional mandate? The President? The Supreme Court?  The Capitol Hill Police?

From June 16th through June 19th, the National Veteran Small Business Coalition (“NVSBC”) will host its annual symposium in Reno, Nevada. The four-day conference will give veterans the opportunity to network with prospective teaming partners that offer complementary skills and past performance. They can also attend training sessions, workshops, and participate in one-on-one business sessions.

If you are a veteran business owner who is interested in learning more about how to be successful in pursuing government contract opportunities, this is one you might want to invest in. After all, many veteran business owners looking to expand their business do so by seeking out trusted partners – LinkedIn is fabulous, but wouldn’t you rather meet that person face to face?

Also, word on the street is the annual veterans conference put on by the VA might not happen this year. My spies tell me that we’re looking at December for a conference date (if it happens), which will reduce attendance. The NVSBC picked a great time and a beautiful location to have a conference, and the folks in charge have decades of experience in growing veteran businesses. This is worth the investment.

In general, the conference is fairly affordable – the cost of flying to Nevada is offset by the extremely cheap hotel cost – only $79 per night at the Silver Legacy Hotel in Reno, if you book it by May 16th. How much do you think a hotel would cost if you were staying in D.C. or another big city? Pre-registration is $325 or $375 depending on if you’re a member of NVSBC.

Moving SDVOSB verification from the VA to the SBA would save approximately $5 million annually, according to a recent cost estimate issued by the non-partisan Congressional Budget Office.

The CBO concludes that implementing the Improving Opportunities for Service-Disabled Veteran-Owned Small Business Act of 2013 would save money because the SBA would be able to take advantage of systems already in place for other certification programs.  The CBO estimate may reignite debate over the potential transfer of the SDVOSB verification program from the VA to the SBA.

Beyond cost savings, adopting the Improving Opportunities Act would have some obvious advantages.  Most notably, the Improving Opportunities Act would standardize the requirements for SDVOSB eligibility across the federal government.  No longer would SDVOSBs have to wonder whether the VA and SBA, evaluating the very same paperwork, would reach inconsistent results.  Additionally, SDVOSBs might benefit from the SBA’s longstanding experience with its other certification programs, as well as some superior internal processes–such as using  administrative judges to decide SDVOSB status appeals.

However, any discussion of transferring the SDVOSB program to the SBA ought to include an acknowledgement that the CVE has made major improvements since it initially began verifying SDVOSBs.  Application processing times have dramatically improved and the pre-determination findings program has greatly reduced denials based on easily-correctable deficiencies.  Additionally, the CVE has shown a commendable willingness to adjust its regulations to improve the program, such as by increasing the effectiveness of a verification from one year to two years, and by adopting a rule allowing SDVOSB status appeals.

Although most discussion of the Improving Opportunities Act has focused on which agency will perform SDVOSB verifications, I don’t think that the VA-to-SBA verification transfer is the most important part of the bill.  As far as I’m concerned, the most important thing that Congress can do for SDVOSBs is to standardize the eligibility requirements so that SDVOSBs no longer have to play under two sets of rules.  The Improving Opportunities Act does that–and may save the taxpayers a few million dollars, as well.