By now the whole world has heard about the NBA Los Angeles Clippers Owner Donald Sterling and his clear and concise racist remarks to his girlfriend about associating with black people; in a league where the majority of players are African American.

In fact, the social networks are going nutzo over it right now with over 90% of the people panning Donald Sterling with only a few demonizing the girlfriend who some think should have protected his privacy and right to be a closet racist.

Most are demanding the NBA take action. Everyone from Magic Johnson, Michael Jordan, Kareem Abdul-Jabbar and even U.S. President Obama are weighing in on this issue because it has become so big that it is no longer about one old man who has social mores from time long gone but it is really about leadership and discrimination.  And it’s on trial!  And it is time to have that very big discussion. 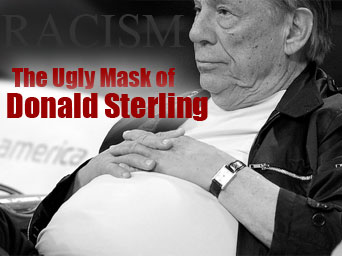 According to all reports, the NBA does NOT seem to have the legal ability to take away the franchise from this person.  It appears that they can fine him, sanction him, and even ask him to step aside from public view so that the league and team can operate freely from his public influence.  And I suspect some form of this action will happen immediately.  But I am also not sure that calculation will be enough this time because this is much more serious than it appears on the surface and a new coat of paint won’t suffice; not this time!

So the NBA will not take his franchise away! But that will not matter because I envision that the public will take it away from him NBA notwithstanding.  This is something very new and the NBA cannot afford to ignore it.  The whole dam thing is on trial.  So there is NO way he survives this.  Donald Sterling is out one way or the other!  So just deal with it!

I mean with the NBA having about 70% of its players as African American, there is just no room for such a person at the helm of anything. And worse, the NBA is no longer just American, it’s global! It has fans around the world!  No folks, This is very serious!

Personally, I would advise Sterling to stay away permanently.  Then sell the franchise immediately! Cut his losses and accept the pariah status he has brought upon himself. He must wear the Scarlett letter he has truly earned!

PRIVACY ADVOCATES DOING THEIR BEST TO DEFEND THE INDEFENSABLE

Now for those apologists like William Kristol who go on Fox News to cry foul insisting that Sterling deserves his right to privacy and that his kept girlfriend has no right to out him (so far an allegation, not proven), well let me say that a young woman who chooses to accept a meal ticket from an very old man may not be your cup of tea and so she may not be saintly, agreed on that!  And yes, Sterling has every right to be a racist privately and frankly in public as well.  So no argument here!  Stand up brother!

What is at issue is whether we the people are going to continue to accept leaders who lie about who they are while asking we the people to support their efforts by being fans, clients, or voters; whether they are politicians, public businessmen, or any other position that demands real leadership. This is on trial folks!

So does Sterling deserve to lose his ownership of a team when all he did was make racist comments privately to his girlfriend?  Well does Mitt Romney deserve to be President of the USA when he demonstrates contempt for his fellow American and then asks them to empower him to lead them?

The answer is ABSOLUTELY NOT!

This is something very new folks and its super cool. To me, it’s changing our collective culture in the best way possible.  In my view, it forcing the bad actors out and bringing in a new crop of leaders that are forced to reveal who they are first, what they stand for, and has them under the gun to stay the course or face the wrath of being outted without mercy!  In short, be real or get run!

So yeah, this is NOT just about Sterling, it is much more!

WHOLE CONCEPT OF LEADERSHIP ON TRIAL

Gone are days when President Kennedy could shag women in the white house to his heart’s content pretending to be the picture perfect husband.  That paradigm no longer  works!  In fact, if President Kennedy were running today, he would have to admit to all the affairs up front and then make his case as to why we should vote for him anyway.

I mean, now we have the current U.S. President admitting to smoking herb because he knew that it would come out 1 minute after he denied it. So why bother.  Just be real and let it ride cause the consequences of lying to us means the wearing of the proverbial Donald Sterling Mask of Shame!

I mean, Sterling thought he could continue to hide but it came out anyway right!  And that’s great for all of us.

Now, we the people, the fans who support the NBA can now decide if we want to spend our money to support a business that stands with a racist and brings him our generous dollars making him millions of dollars right?  Much better!

In this case, clearly Sterling is no longer qualified to lead a public and cultural enterprise; not in this new world. So just go away Don!  The ruse is over!

In this new world, everyone is NOW on trial and it is in real time. We don’t even need a court to decide anymore. We are the court!  One can’t just lie, cheat, and steal and get away with it like before because one gets exposed immediately on the social networks!  And thank goodness cause the power is with us now! We get to decide! 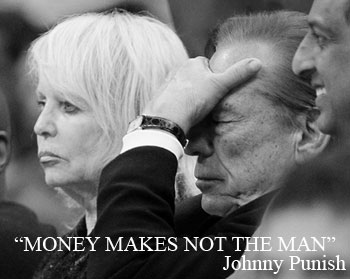 THE DAYS OF HIDING ARE OVER

Cicero, the Roman author and political observer once said in his book “How to Win an Election: An Ancient Guide for Modern Politicians

” and I paraphrase, “Promise Everything and Apologize Later” as if it is much easier to offer a mea culpa after one gets into power than it is to be up front about truth and what needs to be done.

And I still think most politicians and their handlers still foolishly believe this to be an axiom that still works.  But I don’t it does work anymore.  The world has shifted and for those that are paying attention, well, they do so at their peril.  In fact, I think we are bearing witness to the beginning of the end of such a paradigm

I mean now it is time for a new crop of leadership to take over not only in the USA but worldwide! This new paradigm is going global as fakers are being outted daily; exposed to the scrutiny of their lies, cheats, and steals and replaced by new leaders that are forced to give us the truth up front or face something more costly to them than just shame…..

So a word of advice for future leaders!  Step up, be real. Be genuine and you’ll be rewarded with support. But go Sterling on us and you do so at your peril marking you for social pariah as it should be in perpetuity.

So let’s here three cheers for the new social network order!  And let this be a warning to anyone seeking power who has contempt for their fellow man! Be very careful how you walk cause you may be wearing a Donald Sterling mask as we escort you to the garbage dump of history emptying your pockets of the fools gold that you thought would save you from the wrath of the tribe.

In short, be real or get out of the way!

I invite your comments and aim to respond as much as I can so get in and go for it.