Home Life Who Will Defend America? 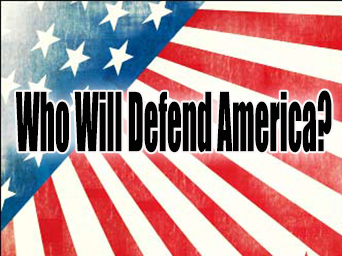 Only two out of ten applicants are accepted into our Military because the other eight cannot meet the strict set of standards pertaining to physical fitness, appearance (i.e., tattoos), intelligence test results and an applicant’s criminal history.

Military Now Turns Down 80% of Applicants – Yet, why do so many of the exceptional two out of the ten end up with mental, physical and emotional problems after serving in the Military and also end up with prison records and become homeless?

On the other hand, so many of the eight out of the ten who were not qualified for our Military became productive citizens in our society, and they do not understand the after-Military failures of the two who defended our Nation in their behalf.

It’s time to face reality and understand that the two out of the ten who were accepted into our Military had their bright and innocent minds converted into a trained killer mentality and their strong and able bodies became broken because of combat overload, just as their minds became broken.

Their once-clean criminal records no longer exist because their combat survival training skills are contrary to living in a so-called civil society. It’s an International disgrace that land exclusively entrusted to our U.S. Government 126 years ago to “permanently maintain” a National Home in Los Angeles to house and care for many of the two out of the ten who became war-injured and impoverished, while corrupt VA bureaucrats and politicians would illegally lease these sacred grounds for non-Veteran use to benefit non-Veteran entities.

It’s no surprise that Los Angeles County is our nation’s capital for homeless Veterans even though the Los Angeles VA is our nation’s largest Veteran facility.Moreover, we’re now learning that many of the two out of the ten who were accepted into our Military and came back with war-injured bodies and minds, are now being rejected by VA hospitals across America.

Those who did not, or could not serve in our Military had better wake up and start serving those who did, or it won’t be long before the top two out of the ten applicants will choose a different course in life to utilize and fulfill their intelligent minds, physically fit bodies and clean criminal records.