Could ignorance be the answer? 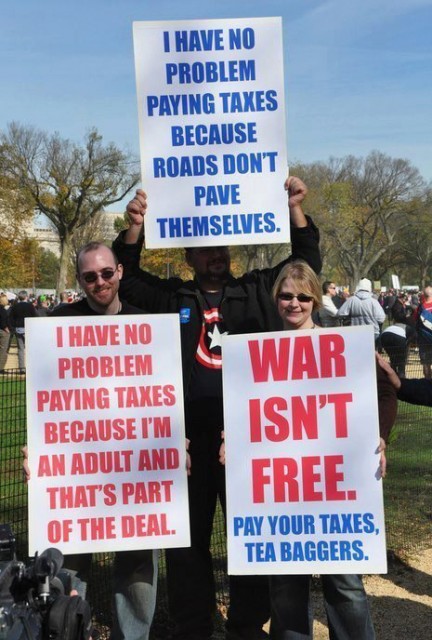 I have no problem paying taxes because I’m an adult and that’s part of the deal.

What is really part of the deal is being adult debt-slaves, who are unaware of their servitude, which is only exceeded by being happy debt-slaves.

I have no problem paying taxes because roads don’t pave themselves.

Few Americans understand a simple fact: annually, taxpaying Americans pay hundreds of billions of dollars more than is required to keep all our roads paved and in good shape.

Still, however, we have deteriorating roads from one end of our country to the other. In fact, the US infrastructure is failing in every state of our union.

About one-third of our roads are in sub-standard condition.

In fact, many of our harbors, rail lines, bridges, sewers, buildings, electrical grids, atomic power plants, and water treatment facilities, are falling apart with hundreds of billions of dollars in deferred maintenance.

The World Economic Forum ranks the US infrastructure as 23rd amongst all nations.

All of this decay is occurring in spite of confiscatory taxes on individual hard-working American citizens.

Nevertheless, there seems to be no limit to the amount of money our government will spend on destroying the infrastructures of Middle Eastern nations.

No, war is not free. Its costs, however, far exceed its financial drain on our US economy in terms of its lost of life, its destruction of infrastructures, and the poisoning of the world’s environment.

If it is taxes that make such atrocities possible, how can anyone hold up signs advocating them?

Could ignorance be the answer?