Home Veterans We Have Found the Enemy! 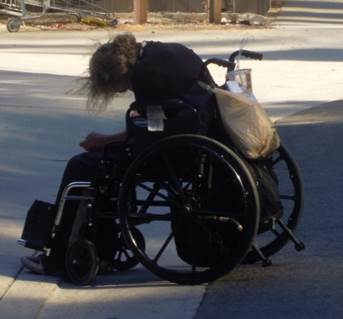 War is Hell! Whether America’s Military men and women are fighting a war or trying to heal from fighting a war, it’s always hell because the war never ends.

When our Military Troops go to war, they serve under the Department of Defense as highly trained professional warriors who are equipped with the finest defense weapons in the world to defeat the toughest enemies in the world.

After returning from war, they are to be served by the Department of Veterans Affairs (VA) with supposedly the finest healthcare facilities in the world.

But instead of healing from war, America’s Military Veterans are fighting some of life’s toughest battles, day-by-day, just to survive within the country they defended.

Unfortunately, these battles are not fought as a collective and supportive Military unit, but as a lonely Veteran against the fatted bureaucrats of the VA, the second largest bureaucracy in federal government.

To make matters worse, Veterans are not trained to fight a personal “David vs. Goliath” war with our own government, and they have no weapons of defense in these endless and tiring battles.

As time goes on, their warrior and survivor skills diminish and their outlook becomes bleak as their opponent just gets bigger and more powerful.

Their solace is found in Plato’s prophecy more than 2,500 years ago: “Only the dead have seen the end of war.”

Hell is in the Mind of the Beholder

For those Veterans who battle on, many are homeless and disabled, either physically or mentally, including both.

The mentally wounded are diagnosed by the VA as suffering from Military “Post Trauma Stress Disorder” (PTSD), which is psychological trauma from experiencing the horrendous carnage and devastation of war.

The VA refers to PTSD as an “invisible” wound.

Would anyone who has been spared the trauma and bloodshed of a war zone care to journey inside the innocent minds of these brave men and women and “see” for one second the torturous and painful hell they see 24/7 from defending our freedom? Didn’t think so.

The acronym MIA stands for “Missing In Action.” It is a status assigned to United States military personnel who are reported missing during active duty service.

While it’s a terrifying thought that any of our men and women in the Military would remain missing while faithfully serving our country, there’s another classification of MIA’s that is equally terrifying and it’s respectfully called — Veterans “Missing In Action.”

They represent tens of thousands Veterans whose whereabouts are unknown as they are “Missing In America” on inactive duty as productive citizens within our society.

We Have Found the Enemy

Veterans who have become homeless in their lonely battles of survival are essentially missing within the very nation they pledged their lives to defend on behalf of all others.

Unfortunately, the “all others,” are not stepping forward to defend America’s disabled and homeless Veterans against the VA’s corrupt and authoritarian bureaucracy that is hell-bent on systematically eliminating them from recovery and participating in our society.

Day-after-day, an average of 22 Veterans commit suicide and many more mysteriously die from “accidental” drug overdose from a multitude of medications prescribed by the VA.

Fellow Americans, this is a call to duty and action to join the Veterans Revolution and become Citizen Soldiers.

The time has come to unify and step forward to fight the never-ending war against our nation’s disabled and homeless Veterans.

We have found the enemy … and it is the Department of Veterans Affairs.