Home World The 50 Most Influential Jews – Not a single humanist on the... 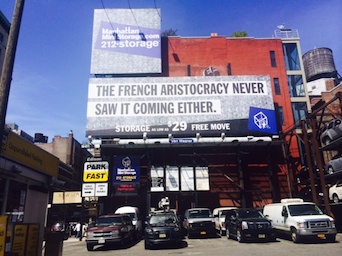 Yesterday The Jerusalem Post published its “list of the world’s 50 most influential Jews,” those who in one way or another have “worked tirelessly for the improvement of humanity and, in doing so, have made their mark on history.”

The truth is that the list does not exactly fit the Post’s description of it. Not a single humanist is listed; instead we find a catalogue of Jewish war criminals, financiers, gambling tycoons, ethnic cleanser advocates, a Holocaust fraudster, a few Rabbis with minimal importance even within the Jewish world and one Ethiopian entertainer.

I guess that for those who are still desperate to find a Jewish humanist, Masada 2000’s S.H.I.T List is the place to find them.

The J Post’s list is headed by US Treasury Secretary Jack Lew, “who in his position in the cabinet is vital to shaping President Barack Obama’s policy.” Lew is followed by Janet Yellen, “another American Jew who made history this year when she became the first woman ever appointed chair of the Federal Reserve.” Apparently the 1st and 2nd ‘most influential Jews in the world’ are now taking care of American finance. Let’s hope that these ‘influential Jews’ know what they are doing because the last two influential Jews who ran the Federal Reserve left the world’s economy in ruin.

Coming in fifth, we find the powerful American billionaire Sheldon Adelson, no doubt a ‘shining humanist’ as well as a casino tycoon.  The list also includes a number of Jewish War Criminals such as Shimon Peres and Tzipi Livni. The list even includes an ethnic cleanser advocate, Avigor Lieberman.

And of course, don’t forget Jewish philanthropy.  Number 39 on this J Post list is no other than George Soros, the elderly New York Jewish billionaire who funds so many good causes that also just happen to be particularly good for the Jews. The J Post was probably rewarding Soros for reducing the entire Left into a dysfunctional controlled opposition network.

Perhaps the British people should think twice before they vote for Ed Milliband, apparently the world’s twentieth most influential Jew.  The Labour party may want to consider an influential Brit instead.