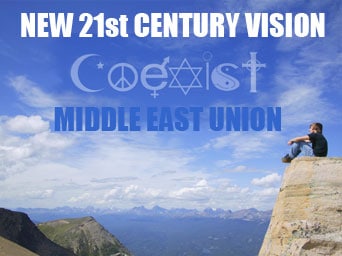 This week, we’ve seen the contra-Iraqi Government force known as ISIL take cities in Iraq causing all players in the region to react.

U.S. Secretary of State Kerry is even calling for possible cooperation with Iran to stop what they refer to as terrorists against the duly elected Iraqi Government. Imagine that? Just a few news cycles ago, according to the West, Iran was the world’s number one supporter of terror and trying to get a nuke. And now, the same Western forces seek to cooperate with this “terrorist”? Really, you can’t make this stuff up people! It would be a Saturday Night Live comedy sketch if it were not true.

Now in reviewing news sources coming from Iran, the Iranians are clearly NOT interested in getting pulled into this war by the USA. They clearly outline that USA is behind the Takfiri uprisings in Syria against Assad and they are behind the ISIL funded directly by Saudi Arabia and Qatar who seek to support the Sunni over Shia. Many in Iran believe that the west seeks to bait Iran into war destabilizing it into a quagmire bankrupting their country. And Israel, the number one hater of Iran is all quiet happily allowing its attack dogs to do their bidding.

Yes we’ve seen many things. But what we have NOT seen is any government, any person, any leader present a real vision for the Middle East. No, they just keep going around in circles playing the same 20th century game while real people suffer, get hurt, die, and live in misery.

Leadership? What happened to that big word?

Well, there are so-called leaders who have limited visions. In Dubai, they want to be a super rich anti-septic city state. In Israel, they openly want a Jewish Only State; Eretz Israel as put forth by famed atheist Theodore Herzl in Judenstat; this where by 2050, without an extermination program, 50% of the citizenry is expected to be non-Jewish. What kind of real world practical 21st vision is that? And in Iraq, what is the vision? An Islamic Sunni state? A Shia State? Many States? What? Can anyone out there communicate and articulate a real long term vision for the Middle East? Something that serves humanity? The people? Yes, the people? Remember us?

Well, if no world leader can speak up, then, for the record, I offer everyone the MIDDLE EAST UNION (MEU).

Yes a bold grand plan and vision for a new 21st century Middle East. As it’s cornerstone is freedom of religion for everyone guaranteed as a right under its constitution. So Jews, Christians, and Muslims including all their respective sects and others can have their personal faiths protected under law.

And there will be states within this union that are represented in the new 21st century technology advanced open democracy designed by the greatest minds on the planet. In this way, decisions can be made intelligently and resources managed efficiently for the benefit of ALL MEU citizens.

Well, there is so much more we can do to meet the great challenge. But first, we need to have a global summit on the Middle East. And we need to put forth the basic plan and get everyone on board. The future generations are calling and they are demanding we drop our failures and embrace a unified one love future that respects all humanity and evolves into a real new world order that honors each and every one of us in the highest way possible.

Hey, we humans went to the moon right? Well, we can do this even bigger project and make the Middle East the inspired model of human success for the centuries to come. With vision, we can do it. Without it, well turn on the news today, get out your box of Tylenol, and enjoy the same old headache delivered to you by the same failed NO vision.