The Century of the Self

The Century of the Self is a four part BBC documentary that delves deeply into the work of Edward Bernays, commonly known as the father of public relations. Parts 3 and 4 explore the glorification of selfish consumption after World War II and how Reagan, Thatcher, Clinton and Blair perfected the “politics of self” to win and hold power.

Following World War II, the CIA hired Sigmund Freud’s nephew Edward Bernays to advise them on controlling the “irrational aggression” of the masses. They were concerned that 49% of US soldiers evacuated from combat had to leave the battlefield for “emotional problems.”

Today their condition would be diagnosed as post traumatic stress disorder (PTSD).  In the mid-forties, the psychoanalysts who interviewed them diagnosed that they had unresolved conflicts related to their unconscious aggressive and sexual drives.

Convinced these problems were widespread among the greater population, in 1946 the Truman administration championed the passage of the Mental Health Act.

The Act funded new guidance centers throughout the US to assist Americans to control and suppress their dangerous unconscious drives.

The anti-Vietnam War movement of the late sixties quickly morphed into a broader anti-capitalist movement that attacked corporations for corrupting government and brainwashing the public.

This movement was strongly influenced by Wilhelm Reich and Herbert Marcuse, who had split with Sigmund and Anna Freud over their belief that unconscious aggressive and sexual drives had to be suppressed and controlled. Reich and Marcuse taught that it was repression itself that distorted unconscious aggressive and sexual drives and made them dangerous.

In 1970 the National Guard massacre of unarmed Kent State students in 1970 split in this anti-capitalist movement. For the most part middle class student supporters shifted their focus to “liberating” themselves rather than organizing for political change.

In addition to widespread experimentation with illicit drugs, this shift led to a surge of self-improvement initiatives and therapies, collectively called the Human Potential Movement.

Employing computer technology and psychologists trained in self-improvement techniques, the public relations industry adapted to this new individualism and preoccupation with self-expression with “values and lifestyle marketing.”

One of their main strategies was to blur the line between advertising and journalism by incorporating three key messages into news reporting: selfishness is good, the needs of individuals are more important than the needs of society and that only business can properly satisfy individual needs.

The Politics of Self

This deliberate promotion of selfishness and individualism cut across social classes and was a key factor in persuading blue collar voters to vote for Ronald Reagan and Margaret Thatcher – and programs that significantly hurt their own economic interests.

Ultimately it was Bill Clinton and Tony Blair who perfected this new “politics of self” by incorporating focus groups and lifestyle marketing into their political campaigns. Their advisers convinced them that voters had to be regarded as consumers and that the secret to getting elected was by catering (i.e. pandering) to voters’ unconscious primitive selfish desires.

It was a hell of a way to run government and would cause the Democrats to get the boot in 2000 and the Labour Party in 2010. 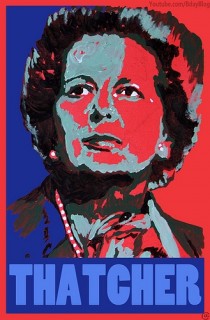 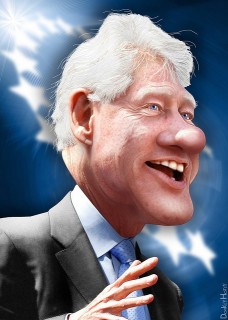 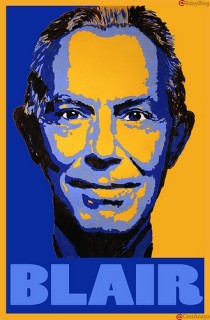 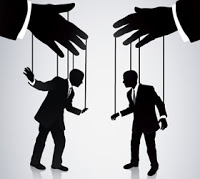