Home Government The 161 Bankers Who Run the World 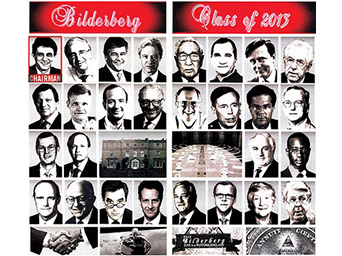 How They Do It

In following video, Peter Phillips from Project Censored lays out exactly how the richest one-thousandth of 1% maintain iron control over the global economy and all so-called democratic governments.

He cites a study Project Censored published in their Top 25 Censored Stories of 2012-2013 edition of the world’s most “integrated”* corporations and those with the largest financial asset concentration.

The 161 board members of the top 13 companies control $28 trillion of wealth. They also help the 1% hide another $30 trillion offshore so it can’t be taxed.

They work with secret (and not so secret) groups, such as the Council on Foreign Relations, the Trilateral Commission, the Bilderberg Group, the Bohemian Grove, the World Economic Forum, the G7, the G20, the International Monetary Fund and the World Bank to ensure that the domestic and foreign policy of all western governments benefits themselves and the capitalist investors they represent.

They also ensure that the national security state, busy killing people in 130 countries, acts in the exclusive interest of transnational capital. The fascist coup they engineered in Ukraine is only the most recent example.

They regularly engage in  illegal conspiracies but are always too big and powerful to jail.

Here are the top 13 companies identified in the study:

*The researchers use the term “integrated” to describe financial corporations with major holdings in key  non-financial sectors (i.e. energy, defense and mass media).