Can Red and Blue States Unite to Save Democracy?

Most, but not all the resolutions are from red states calling for a balanced budget amendment. However two blue states, California and Vermont, have requested a constitutional convention to end corporate personhood and restrict corporate funding for elections.

Tallying the numbers is a bit complicated. According to the Congressional Record, forty-nine states* have requested constitutional conventions. Eleven of these forty-nine states later rescinded their requests.

Forbes Magazine argues you also have to subtract the states which have passed a delegate limitation act. This would prohibit delegates from considering any amendments other than those requested by their state.

The American Legislative Exchange Council (ALEC), the lobby group founded and funded by the billionaire Koch brothers, is very keen to see all states pass a delegate limitation act and have even drafted model legislation.

ALEC and the corporations they represent believe the delegates to a constitutional convention must be closely controlled to prevent a runaway convention from passing amendments unfriendly to corporate interests – e.g. an amendment ending corporate personhood and limiting the ability of corporations to overrule state and municipal laws. Three states (Georgia, Indiana and Florida) have passed delegate limitation legislation. Another seven states (Idaho, Michigan, New Hampshire, Oklahoma, South Dakota, Virginia, and Wisconsin) are considering it.

Using a Balanced Budget Amendment to Abolish the Fed

Clearly ALEC is calling for a balanced budget amendment in the hope it will force the federal government to cut spending for Social Security, Medicare and other social programs. This strategy could backfire if it leads to a debate on abolishing the Federal Reserve and stripping private banks of their power to create money.

Eliminating federal debt will be extremely difficult, if not impossible without scrapping a system in which nearly all our money is produced as debt (i.e. loans by private banks). There’s growing grassroots support on both the right and the left to abolish the Fed (see James  Corbett’s excellent documentary explaining how banks create money out of thin air.) A constitutional convention could be the ideal scenario to make this happen.

Why Red and Blue States Need to Work Together 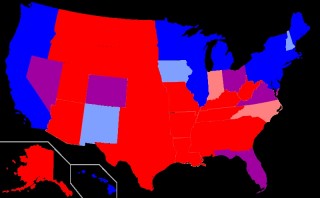 California and Vermont are only the first of many blue states in the Move to Amend coalition seeking a constitutional convention to end corporate personhood. The vital question here is whether red states seeking a balanced budget amendment will be open to talking to blue states seeking to limit the defacto ability of corporations to overturn state and municipal laws.

The corporate media has been extremely cagey of late about magnifying the distrust and enmity between the two camps. I find this quite sad as there are many issues on which the so-called “extreme” right and left agree, like ending NSA spying, ending the wars in the Middle East, abolishing the Fed, restoring civil liberties guaranteed under the Bill of Rights, ending the President’s abuse of executive power and curtailing the power of the corporate oligarchy.

I think it’s a very good sign that a non-partisan group called Friends of the Article V Convention is keeping count of the states. There has been some talk the Friends may file suit if Congress fails to set wheels in motion for a constitutional convention.

In addition to requesting a constitutional convention to pass amendments calling for a balanced federal budget and an end to corporate personhood, various state petitions seek amendments to limit federal income taxes, to begin negotiations for a world federation (i.e. one world government), to change apportionment for the Electoral College and the House of Representatives, to increase federal revenue sharing, to end federal interference in school management, to guarantee a right to life, to end unfunded federal mandates, to end judicial taxing power, to establish term limits for federal office holders and to restrict new laws to a single subject.

There are a few more I would add to this list, including constitutional amendments abolishing the Electoral College, restoring Posse Comitatus and limiting the ability of the President to rule via executive order. I’m sure readers have their own personal favorites.

*The 49 states which have formally requested a constitutional convention: