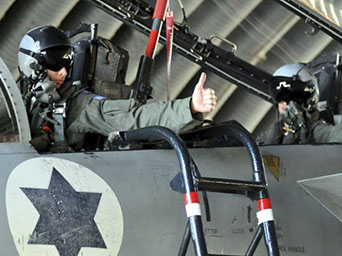 MH17: Another Israeli Cover Up?

The latest disaster, one that has scrubbed Israel’s bizarre onslaught into Gaza off newspaper front pages, 298 dead, can be nothing but more than yet another cover up operation. Every news asset, every politico known to be a creature of the Israeli/organized crime nexus, has weighed in. Their every lie tells one story; “Israel did it.”

The facts tell another story, one of false flag terrorism. If only McCain and Tony Abbot, if only Fox and CNN, the Huffington Post and, worst of all, accused Israeli spy, Jane Harmon’s Daily Beast:

“Why would Putin want to shoot down a commercial airliner? And if it was an accident, why would Putin allow the separatists to have a weapon this powerful without having full control over how it was used?”

You couldn’t scream “Israel did it” any louder. It is almost embarrassing. There is nothing innocent about these utterly fabricated stories, particularly when the truth, a very different truth, is out there as well, substantiated, validated and verified.
QUE BONO?
Who would murder 298 people? Who benefits? Why would someone do this unless they had a plan, a plan and control of the media? This leaves one possibility, one name only behind the “shoot down” of MH 17.
Two stories are emerging, one where the Ukraine, aided by Israeli teams and a US/Israeli F 15 flying out of Azerbaijan, where Kiev air traffic control turned MH17 into banned air space, while this cabal of terrorists murdered 298 people. The BUK missile systems were caught by Russian satellites, the planes assisting were observed and the evidence in the massive wreckage is overwhelming.
There is a second story. This one involves the attempt, let by Assistant Undersecretary of State Victoria Nuland and her husband, neocon political extremist John Kagan, both Israeli citizens, coordinating with the junta in Kiev, the cabal in Tel Aviv, armies of assets in Washington and New York, and pulling every trigger, Australia’s puppet Tony Abbott, the always mentally defective Senator John McCain along with the scum of world’s owned and blackmailed political world.
Both stories are much the same, false flag terror and the belief, perhaps correct in its underestimation of the moral courage of world leaders, that if the controlled press tells a lie enough, no politician will stand against the onslaught.
After all, hadn’t Israel just murdered three of their own, blamed Hamas without a shred of evidence, and begun massive collective punishment and now a full scale invasion and not one word is said about it?
Then again, with the exposure of Israel’s ties to ISIS, the “traveling circus” of media darlings, Rolex watches, carefully staged mosque demolitions and mass executions, fighting Israel’s wars, eradicating Israel’s enemies, on and on.
Who would allow this and stay silent? This is the price of a world led by cowards, all but one, Vladimir Putin and the besieged “few” of the honest media.
THE MEDIA “SNOW JOB”
Every controlled news media is touting the same story, one pulled out of nowhere, a total fabrication, that intercepted phone calls prove the Russian backed rebels shot down MH17 though they have no weapons capable of such a task and everyone knows it.
Using terms like “purported” and “alleged,” every news agency in the US and most in Britain have accepted the same story with many of them carrying a YouTube video now believed to have been begun days in advance.
MH370
If there was any question about the fate of MH370, it is now safe to assume that Israel may have taken that down as well. Author and investigative journalist Christopher Bollyn had located an “analog” of the Boeing 777ER in a hangar inside Israel, painted with Malaysian Airlines colors.
Unless Bollyn imagined this, and he furnished photographs, who could hide a massive aircraft like this? Why would it be done? However, Bollyn tells us where it is, where it was and there have been no questions answered but many asked.
The same Israeli teams responsible for faking Syrian Army communications in order to blame the government of President Assad for use of chemical weapons by Al Nusra, weapons traced to a US run chemical warfare facility in Tbilisi, Republic of Georgia. These WMDs were transported to Syria by Ukrainian nationalists under Israeli direction in an almost identical act of false flag terrorism.
Why let facts interfere when you have wars to start, genocide in Gaza to push off the front page and a puppet regime in Kiev to bolster, one that just suffered a massive military defeat.
WHAT WE KNOW No commercial aircraft have flown over this region since April. This is closed air space. From Global Travel News, hardly a conspiracy site, we learn some startling facts:
“ETN received information from an air traffic controller in Kiev on Malaysia Airlines flight MH17.
This Kiev air traffic controller is a citizen of Spain and was working in the Ukraine. He was taken off duty as a civil air-traffic controller along with other foreigners immediately after a Malaysia Airlines passenger aircraft was shot down over the Eastern Ukraine killing 295 passengers and crew on board.
The air traffic controller suggested in a private evaluation and basing it on military sources in Kiev, that the Ukrainian military was behind this shoot down. Radar records were immediately confiscated after it became clear a passenger jet was shot down.
Military air traffic controllers in internal communication acknowledged the military was involved, and some military chatter said they did not know where the order to shoot down the plane originated from.
Obviously it happened after a series of errors, since the very same plane was escorted by two Ukrainian fighter jets until 3 minutes before it disappeared from radar.
Radar screen shots also show an unexplained change of course of the Malaysian Boeing. The change of course took the aircraft directly over the Eastern Ukraine conflict region.”
We know the plane was redirected over a conflict area by air traffic controllers in Kiev. We know where the plane went down, two hundred miles from where it should have been unless Kiev had placed it there, right over the BUK air defense batteries the Ukrainian Army had placed to support their “not so secret” failed offensive.
We know that Novorussian separatists have only shoulder fired air defense weapons with a maximum targeting altitude of 10,000 feet, incapable of shooting down an airliner.
We also know an Israeli F 15e with APG 70 radar, believed to have been configured as an AWAC (Airborne Warning and Control), left Azerbaijani airspace. The F 15e with a mission commander in the back seat of this two man advanced fighter bomber, the pride of the Israeli air force, could have provided tracking and targeting data or, if necessary, downed the airliner itself from a surprising distance.
CONCLUSION
There are rumors, published in Russia Today, that President Putin had flown over that area minutes before in a plane easily mistaken for MH17. Sources both confirm and deny this. If it is true, we will never know, not until there is a “population reduction” in Moscow’s own “fifth column.”
As for targeting Malaysia, that nation recently held public trials for Benjamin Netanyahu and George W. Bush, convicting them of war crimes. Is this reason enough to bring down two airliners with all aboard? With any nation other than Israel, the answer would be no.
With wars in the Ukraine, Gaza, Syria, Iraq, all managed by Tel Aviv, can we expect more and larger false flag terror attacks with their incumbent media hysteria?
The question is only “when.”