Home World The Cruelty of Human Sacrifice in the 21st Century 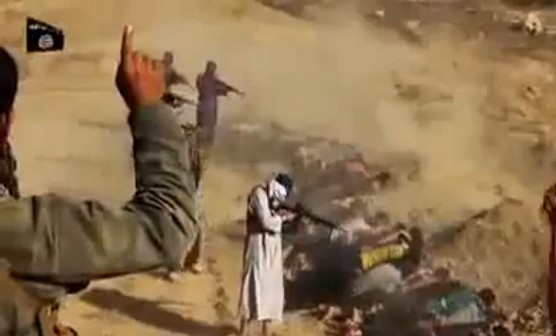 A video that recently appeared on Facebook outlined the cruelty of Human sacrifice in the 21st century advertising the ISIS – HAMAS actions in clear activity. Although this video never appeared in any main stream media, one should ask why mainstream is denying such act of cruel human executions  and religious sacrifice ?

World News decided to have a deeper look and found the the video is indeed authentic. It clearly violates human rights and the promotions of  human sacrifice. Some Intelligence specialist said that the video is possibly aimed at building fear in their followers.

The UN (UNITED NATIONS ) has been widely criticized for not doing enough and little has been done other than weasel words promoted to the public at whole by its media campaign. The reality is, that this is clearly indicating something horribly has gone wrong in the mindset of our global society’s leaders in their ability to judge wrong from right !

Has the world gone into zombie mode ? According to Wall Street analysts,  the financial lubrication is that of war and turmoil.  What does the world of the future looks like if we don’t see the apocalypse in sight of these global developments. Has Nostradamus indeed been right that the apocalypse is coming ?

Nothing has changed since the beginning of man. The world is in a Big Crisis,

Sign the GLOBAL PARTITION OF HUMANITY TODAY to enforce a good and healthy life for all and email to !