Home Veterans Why Capitalism is Failing 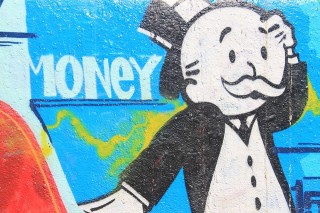 As the global economy continues to tank, it becomes increasingly apparent that capitalism is incapable of meeting the survival needs of the great majority of the planet.

In the video below, economist Jeremy Rifkin explains the concept of zero marginal cost, a phenomenon that is steadily shrinking the global marketplace.

Rifkin blames a fundamental “paradox” in the capitalist economic model. Marx also identified a similar structural flaw that would eventually cause capitalism to collapse.1

How Rifkin Explains It

All businesses have two types of costs: fixed costs and marginal costs. Your fixed costs are your initial investment in the facilities and equipment you need to manufacture products or provide services. Your marginal costs are the recurring expenses you incur to keep the business going – wages, energy, phone, stationery, paper clips, postage and so on.

Due to competition, entrepreneurs face continual pressure to increase productivity and decrease their marginal costs. In this way, they can lower their prices and increase their market share. Businesses that don’t compete effectively go bankrupt.

Over the past forty years, businesses that haven’t moved overseas, have mainly lowered marginal cost by replacing workers with machines. The advent of the Internet has speeded up this process by reducing the marginal cost of numerous products to zero or near zero.

Napster and YouTube led the way by enabling young people to download music and films for free. As the formal economy continued to shed jobs and cut wages, consumers discovered they could get news, how-to information and books for free on the Internet. This killed off the recording industry and has nearly killed off newspapers, book sellers and publishers. 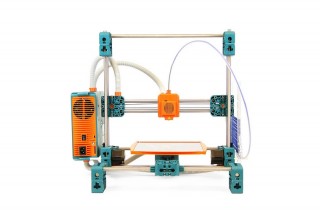 Marginal costs are also approaching zero in other sectors of the economy. Take renewable energy. After consumers pay off their fixed costs for their wind turbines and solar panels (which takes 3-8 years), the energy they use in their homes is virtually free.

Meanwhile 3D printer technology makes it possible to produce an endless array of consumer goods at near zero marginal cost. After the initial fixed cost, the consumer downloads free software and uses recycled feedstock (in Scandinavia, they’re using recycled plastic and paper and even sand and gravel).

The growing trend by millenials to share cars, bicycles, cabs, home stays, tools and toys significantly increases the range of products and services they can get for nothing. Millions grow their own food and barter to meet other essential needs.

The Internet of Things (IoT)2

By increasing efficiency (by interconnecting devices, systems and services), the Internet of Things will further reduce the marginal cost of even more products and services. Rifkin calls this the third industrial revolution. When most goods and services are free or shared, we will no longer need vertically organized companies to serve as middlemen.

The Effect on Jobs

The most obvious impact of the technological innovations Rifkin describes will be the continuing loss of jobs in the formal market exchange economy. Rifken believes jobs will be less important in an economy where people cease to rely on money to meet their basic needs. He also feels that most of the new jobs will be in the nonprofit social commons. The social commons, which has always operated in parallel to the formal market economy, is responsible for social capital, i.e. providing education, social welfare, culture, sports, community and existential meaning.

Ironically the social commons has been growing as the market economy shrinks. Between 2000 and 2010, it saw a 42% increase in revenue, while overall GDP only increased by 16%.

Why the US is Falling Behind the EU and China

According to Rifkin, who consults internationally, Europe and China are eagerly embracing this third industrial revolution. Sadly the US is still desperately propping up an archaic economic model on the verge of collapse. He contrasts China, which is investing $80 billion to roll out a distributed energy network to enable all its residents to produce their own energy, with Obama’s proposal to spend $3 billion over 20 years on a centralized “smart” and (horribly inefficient) electrical grid.3

The Flies in the Ointment

Rifkin envisions two serious obstacles that may obstruct the full roll out of the third industrial revolution. The first relates to pending legislation that would end Net Neutrality.4  Cable companies and Internet providers are lobbying hard for the right to charge a premium for Internet access. This would allow rich people priority access (faster and more expansive) to the Internet.

The second relates to profound disruptions in the water cycle (stemming from global warming) that may have disastrous implications for food production.

1Marx predicted that replacing workers with technology would ultimately cause capitalism to self-destruct. According to Marx, the only source of profit is surplus value (the difference between what you pay a worker and the value of the work they perform). There is no surplus value if you replace a worker with a machine. You have to pay a machine the full value of the work it performs.
2The Internet of Things (IoT) refers to the interconnection of uniquely identifiable embedded computing like devices within the existing Internet infrastructure. Typically, IoT is expected to offer advanced connectivity of devices, systems, and services.
3Under a centralized grid system, only 30-35% of the energy generated by a power plant comes out as electricity at the other end.
4Net Neutrality is the principle that Internet service providers and governments should treat all data on the Internet equally, not discriminating or charging differentially by user, content, site, platform, application, type of attached equipment, and modes of communication.