—
I received a series of questions from Dr. Preston James today.  The questions included issues that were related to suppressed quantum physics, nuclear weapons and issues involving what we jokingly refer to as “friends from out of town.”  Yes, we are borrowing that from Hollywood and rightly so in this case.
For the past 3 months, we have been publishing, sometimes a flood, other times a trickle, of classified information.  The term “classified” itself is a misnomer.  This simply means facts, not always the truth, but “facts” as we put it now, inside quotation marks, that others with armed thugs to support them and stolen cash, usually yours, don’t want you to know. 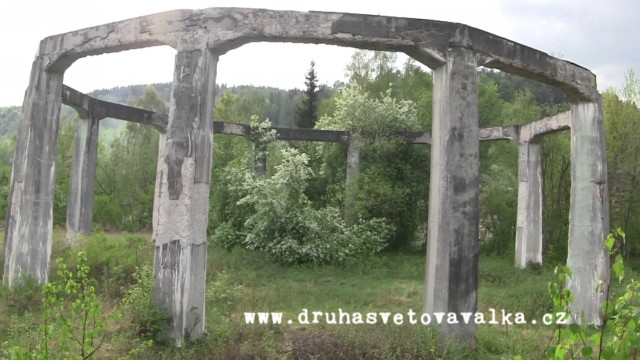 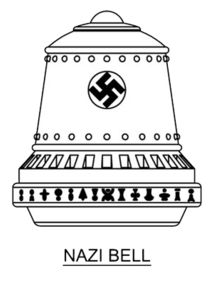 The Poulsen arc converter is a continuous duty arc generator with a tuned connected across the arc. The negative resistance characteristics of an electric arc permits the creation of a relaxation oscillator that converts direct current in to radio frequency energy. The arc converter consisted of a water-cooled chamber in which the arc burned in hydrogen gas between a cathode and a water-cooled anode. Above and below this chamber there are two series of field coils surrounding the two poles of the magnetic circuit. These poles are projected into the chamber, one on each side of the arc to provide a very intense magnetic field. The magnetic field helps to stabilize the arc and improve the efficiency of the plasma field.
Experimentation with this began as far back as WW1 by the Germans for the purpose of artificially making Helium gas out of Hydrogen gas. IE the basis of early German nuclear fusion experimentation was based on the cut off of American helium supply during the 1920’s and 30’s.
These reactions were well known by German scientist at the time and during WW2 it was weaponized by the Nazi’s resulting in the so called Nazi Bell experiments involving both nuclear Fission and nuclear Fusion research. In the Germans rush to develop nuclear weapons using this process they also discovered the phenomenon of Magnetic Buoyancy or Anti-Gravity.Early research into nuclear fission and fusion were published in Kernphysikalische Forschungsberichte (Research Reports in Nuclear Physics), this was a internal publication of the German Uranverein. Reports in this publication were classified Top Secret, by the Nazi high command and they had very limited distribution.
The authors were not allowed to even keep copies. The reports were confiscated under the Allied Operation Alsos and sent to the United States Atomic Energy Agency for evaluation.In 1971, most of the reports were declassified and returned to Germany. The surviving reports are available at the Karlsruhe Research Center. The Alsos Mission was part of the Manhattan Project during WW2 to create an atomic bomb. The Manhattan Project was also put in charged of coordinating foreign intelligence related to enemy nuclear activity, and the Alsos Mission was created to investigate the German nuclear Energy program.
The key to this discovery was the use of a modified WW1 era device used in very high powered spark gap transmitters called a Poulsen Ark Generator modified to be feed with either uranium oxide in a liquid form that was vaporized in an atomizer before undergoing electromagnetic compression in an arc chamber or by injecting the cell with a form of deuterium fluoride gas producing a low level nuclear reaction. IE Cold Fusion. By creating massive plasma balls that were contained within the arc chamber the Germans also discovered the effect of magnetic buoyancy or anti-gravity.
It was found that a very large plasma fire ball when properly contained and controlled would push out the magnetic field lines of the earth and the device would lose weight having to be chained down in some instances due to the massive repulsive force generated by the plasma fire ball against the earths natural magnetic field lines.
This diamagnetic effect was so strong that the Germans under the command of the SS tried to weaponize the effect. The results were called the Nazi Bell experiments on anti gravity propulsion and nuclear fission/fusion.
One of the biggest side effects were that every time they ran the reactor massive amounts of nuclear radiation would be released. The radiation problem was so sever that experiments could only be ran for a few minutes at a time. Engineers and technicians working on the project had to be constantly replace due to massive radiation sickness killing them off like flies. After the war the technology disappeared under project Paperclip. Recently some documents on the project have been discovered in old WW2 era KGB archives including the flowing drawings. More information on this technology will be published in a new upcoming book on the hidden history of German nuclear weapons and anti-gravity research.
Supporting Materials:

Muon catalyzed fusion (μCF) or Cold Fusion occurs in all layers of the hydrogen structure H/.1%T ⊕D 2 ⊕HD. The layer H/T acts as an emitter source of energetic atoms, due to the so-called Ramsauer-Townsend effect. These atoms are slowed down in the second layer of atoms (called a degrader) and are forced to undergo nuclear fusion in HD. The degrader affects the velocity of the atomic particles. This effect has not been considered until now in μCF catalytic reactions. It is due to the Townsend effect, considerable catalytic reactions occur producing excess thermal heat and radiation.
High precision study of muon catalyzed fusion in D2 and HD gas
Muon catalyzed dd fusion in D2 and HD gases in the temperature range from 28 to 35 K experiments based on a ionization chamber operating with pure hydrogen.

Recently, muon catalyzed fusion in multilayered targets with H/D/T at temperature 3 K has been investigated. The latest theoretical and experimental works have confirmed that muon conversion efficiency in such multilayered systems is low.
Experimental search for the radiative capture reaction d + d → 4He + γ from the ddμ muonic molecule state J =
A search for the catalyzed fusion reaction d + d→ 4He + γ  was performed using  a high-pressure target filled with deuterium it was exposed to a electron beam.
A modified approach to muon-catalyzed fusion, employing helium-3 as fuel
Muon-catalyzed fusion (μCF) or cold fusion, employing hydrogen isotopes, is the only known form of fusion not requiring extremely high temperatures in order to catalyze a reaction. A modified approach utilizing existing and currently developing technology but employing helium-3 as the fuel source has recently been tried.