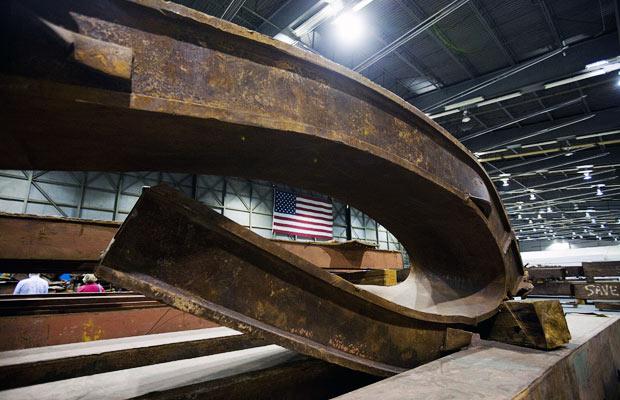 …for the American people and the world

VT has been going public with the official US 2003 classified report on the Ground Zero attack being a nuclear event, quickly confirmed by a mass spectrometry analysis of the dust samples.

This testing has been done for decades after big explosion events by most of the major country Intel agencies as most of them have been mini-nuke terror attacks.

What makes our material so incredible is the IAEA investigators confirmed the nuclear bombing history and our own Sandia labs had designed the bombs that were supposed to be used to defend us. They are very angry people.

VT, is an Intelligence platform covering three generations of civilian and military professionals spanning the early Cold War days to the present counter-terrorism work that some of our board members are currently engaged.

Our pursuit of the real 9-11 culprits has paid off just in time for the upcoming anniversary. After years of watching our efforts from a distance we were leaked from a foreign government source the official Sandia nuclear labs 2003, 9-11 report with extensive details describing how the Ground Zero buildings were brought down with mini-nuclear weapons.

We had eliminated by our own efforts all other contending theories as physically not possible. We had many clues like the molten granite under the towers, which only the heat from a nuclear blast could have done, and later the burst radiation and nuclear particle ingestion illness began showing up, and being covered up with purposeful misdiagnosis.

Despite the experts we had at VT, some with nuclear backgrounds, we additionally put the word out among our old boy networks that we needed confirmation that we were not being set up with an elaborate hoax by our many enemies. We get fed bogus stories weekly. Much to our surprise confirmation came in from the best sources that exist, from the IAEA nuclear inspector people and the bomb designers at Sandia who had written the report.

These people not only confirmed that the report was real, but that worse, the nuclear fingerprints found in the dust samples showed that warhead material had been made here.

It appears our mothballed Davy Crockett tactical nukes had been spirited out the back door via an inventory accounting system that was designed for quietly removing warhead material.

The inventory had gone to Israel after the Dimona accident had wrecked their ability to produce weapons grade material, but they had the expertise to re-manufacture the Davy Crockett’s into modern tactical nuclear weapons.

The IAEA investigators confirmed what we had already known, that mini nukes had been used for some time in many of the large bombing terror attacks, which eliminated the patsy terror groups as the perps because only a short list of major countries had the necessary skills to execute them.

Every time there has been a major explosion anywhere, all the top Intel agencies have been sending in evaluation teams to get dust sample to do a routine mass spectrometry test on for the tell tale nuclear residue always found, including the fingerprint of the particular one used to compare to their database of previous explosions.

Here is a partial list of the false flag suicide truck bombings that were mini-nukes. This has been an ongoing terror campaign that not only was nothing done to put the genie back into the bottle, but the America people and the world were never told anything about it, which made it easier for these to continue.

The barracks of the U.S. Marines and French paratroopers in Beirut, Lebanon in 1983.

The Egyptian Embassy in Islamabad, Pakistan in 1995.

The Khobar Towers in Dhahran, Saudi Arabia in 1996.

The American Embassies in Kenya and Tanzania in 1998.

The British Consulate in Istanbul, Turkey.

The Australian Embassy in Jakarta, Indonesia in 2004.

In the nuclear assassination of the former Lebanese Prime-Minister. Planted in the sewer pipe. Rafik Hariri in Beirut in 2005.

The police school bombing in Algeria on 19 of August 2008.

And many more unreported.

The US has had a security penetration, the biggest in world history, and it was classified to protect those responsible for the illegal transfers to Israel, and those after them thinking that the American people finding out might create a revolution here.

But there was another group in the intelligence and security field who felt just the opposite, that hiding what had happened and allowing the real perpetrators to walk around above ground, with still a large inventory of these weapons left us literally under the gun.

The other problem was the long running stand down in America regarding any Israeli espionage prosecutions, due not only for the political embarrassment, but also because of the high ranking Americans in all branches of our government who have assisted them for many years.

The stand down on the prosecution was actually a recruiting tool for them, showing that they were untouchable.

Mass media has so far put a black out on our entire series of articles. We have not had a single call from any of them wanting to know more. Fear, is the underlying cause in many cases, because we are talking about serial mass murderers here, who have nothing to lose by killing a few more. But not all are afraid. We will play the hand we have been dealt, but we cannot see this thing through to a successful resolution without your help.

We are asking you to work with us in hunting these people down and securing their remaining weapons before they can be used. The first place to start is a mass public demand that the Sandia Labs report be made public and all the classified espionage files on Israel that our FBI friends tell us will suffice to tell the whole story also be released.

We will never be safe without facing up to and cleaning up this horrific part of our history. If we do nothing we become aiders and abettors of these mass murderers. No one here at VT will ever do that, no matter what the risk or the costs. It is time to hit the reset button on 9-11.