Home Government They Expected Iran From The East – They Got Da’esh From The... 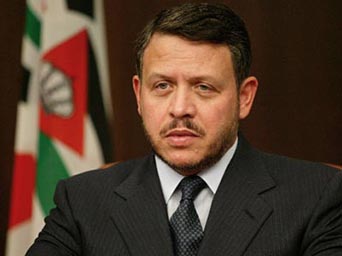 In 2004 King Abdallah of Jordan was the first one to introduce the term “ Shiite Crescent” and warn his fellow Arab heads of states of the danger of an emerging Middle East with a Shiite majority extending from Lebanon, through Syria to Iraq down to Kuwait, Bahrain and Eastern Saudi Arabia.

King Abdallah while fearful of the “Shiite Crescent”” sponsored from the East (Iran) never anticipated the emergence from the West of a well funded, well trained, well armed Da’esh the “Sunni” terrorists group of chopped heads and all night fornication. The “Shiite Crescent” never proved to be any significant threats to Jordan or Saudi Arabia while Sunni “Da’esh” proved a real and present danger to all of the Arab countries within the “Shiite Crescent”.

King Abdallah of Jordan was quite worried that the Sunnis of Iraq will be marginalized, and they were. That Iran with powerful allies in Iraq will play a major role within Iraq and it did. King Abdallah was right on both counts. The 2005 parliamentary election in Iraq showed a solid “Shiite” majority with a very marginalized Sunni minority. King Abdallah’s fear, of course was viewed within the context of a powerful Hezbollah in Lebanon and a minority Alewite controlling Syria and agitating Shiite majority in Bahrain and a minority within Saudi Arabia Eastern Province.

Thanks to the American invasion of Iraq supported by the majority Sunni Arabs, Iran emerged as the biggest winner from the war on Iraq with powerful and ambition “sectarian” friends within Iraq. The American’s made sure they send their best “dual nationals” to Iraq to make sure Iraq will never emerge as a “united powerful country” and this objective served the Iranians well since they too shared the vision of a weak divided Iraq.

However the election of Nour Almalki, as prime minister, a very vindictive, sectarian if not inept and incompetent corrupt leader (no different from Saddam) no doubt did more damage and harm to the cause of a united Iraq and “Shiite” than any of the Iraqi “Sunnis” combined. He promoted and presided over a divided Iraq along sectarian and ethnic line. Failed to rebuild a “national’ Iraqi army that historically while proven to be inept at wars was quite good at supporting dictatorship and keeping Iraq united and together.

President Barack Obama admitted in an interview last week that the CIA and the other American intelligence agencies failed to estimate the strength and resilience of “Da’esh”. Now the CIA can join Arab Intelligence services at being” most unintelligent” services which also failed to underestimate the danger presented by Da’esh with its committed and loyal mercenaries.

I am trying to find answers to the puzzle. How can such a group emerge within a short period of time, well organized, well equipped enough to route the $50 billions 400,000 strong Iraqi army? Where these mercenaries come from? How they were able to get into Syria and move on to Iraq? How they were able with little training rout an American “trained” Army. Of course that does not speak well of both the Americans certainly the Iraqis?

I am sure these mercenaries did not parachute into Syria. They must have come through Turkey. There is simply no other way to explain it? How tens of thousands coming from all over Europe, North Africa even Saudi Arabia can come into Syria without coming through Turkey of course unless Bashar Assad was part of the game. Turkey can deny this till its blue in the face.

It is hard to believe that these mercenaries for the most part coming from marginalized societies and families within Europe Muslim communities and even more marginalized communities in North Africa with hardly enough food for the day can pay for the ticket to Turkey, meet their sponsors and find their way to training camps. Some one with big bucks has the money to recruit and pay for all of these mercenaries.

From what we have seen, no way that these recruits can succeed in having basic training of couple of weeks to route “professional armies” capture substantial weapons such as tanks, missiles, trucks, water and fuel tankers without the “logistical” support of well funded organizations such as the CIA, MI6 and of course the Israeli Mossad. Arab intelligence services could never succeed in doing such a good job given their poor performance at whatever they do. And we can see this from the support given to the Anti-Assad forces.

King Abdallah’s reference to the “Shiite Crescent” was perhaps the first “salvo” in a well-organized well-funded “sectarian war” being waged by both Sunnis and Shiites. Almost every one whose who in the Middle East jumped on the bandwagon.

Forget about Israel and its occupation of Palestine; forget about poverty and absence of infrastructure in Egypt, or political and ideological divisions within Libya and to certain extent Tunisia. Forget about the turmoil and the daily violence in Yemen and the successful destruction of Syria by both Bashar Assad and the Syrian resistance. Forget about the “Arab Spring”. Think about Da’esh.

Now Arab countries must contend and deal with a scrooge, a plague called Da’esh, an “Islamic Sunni terrorism” which together with the US, they have nurtured and sponsored in Afghanistan and now spread every where.

One can only lament on the trillions wasted in continuous wars, which the Arabs spent on wars since the Soviet invasion of Afghanistan, Saddam war on Iran, the invasion of and liberation of Kuwait, the American invasion of Iraq, the civil war in Syria, the destruction of Libya and Yemen, and the military coupe in Egypt.

Note: France, the US, Spain, England, Japan all preceded Da’esh in chopping heads years and centuries before. France even issued a commemorative postal stamp in 1912 showing the chopped heads of Moroccan resistance fighter near the city of Meknes.