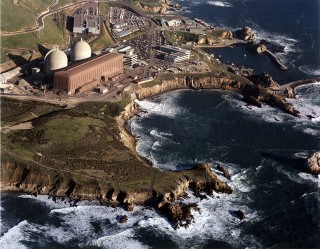 Whistleblower Michael Peck, a senior member of the Nuclear Regulatory Commission (NRC), is calling for the Diablo Canyon nuclear reactor to be shut down — pending an assessment of its ability to withstand a major earthquake. Peck, who was Diablo Canyon’s lead inspector for five years, asserts the NRC isn’t applying its own safety rules for the plant’s operation. Unlike other federal whistleblowers, who Obama and the FBI are busy locking up, Peck is participating in an NRC review process that permits employees to appeal a superior’s ruling.

Located on the Pacific Coast halfway between Los Angeles and San Francisco, Diablo Canyon is California’s last nuclear power plant. It’s located adjacent to four seismic faults, the Shoreline, Hosgri, Los Oso and San Luis Bay. The Shoreline fault was only recently discovered; the Hosgri, located three miles from the plant, is the largest and most dangerous. It was discovered in the 1970s, after construction on Diablo Canyon was nearly complete. According to Peck, a 2011 Pacific Gas and Electric (PG& E) seismic study indicates all four faults are capable of producing significantly more “peak ground acceleration” (75% more in the case of San Luis Bay) than previously believed.

Citing these findings, Peck concludes that Diablo Canyon, based on the NRC’s own safety standards, lacks justification to continue operating. He’s asking the NRC to shut it down until PG&E can demonstrate that its piping, cooling and other systems can withstand higher stress levels than called for in its original design.

In 2012 when the NRC ruled Diablo Canyon could continue operating without reassessing its seismic safety, Peck filed a formal objection. In it he called for PG&E to be cited for violating safety standards. When his supervisors overruled him, he filed a second objection, triggering the current review.

Dave Lockbaum, from Union of Concerned Scientists, supports Peck’s position. He has researched four decades of records when the NRC, and its predecessor the Atomic Energy Commission (AEC), faced similar situations. In all prior cases, the NRC/AEC disallowed nuclear facilities to operate with similar unresolved earthquake protection issues. For example, in March 1979—two weeks prior to the Three Mile Island accident—the NRC ordered a handful of nuclear power reactors to shut down and remain shut down until earthquake analysis and protection concerns were corrected.

Diablo Canyon Up for Re-licensing

Diablo Canyon is currently licensed to operate until 2025. In 2009, PG&E applied for a 20 year license extension. The re-licensing process was suspended immediately following the 2011 Fukushima disaster. Japan’s magnitude 8.9 earthquake, which was far larger than believed possible, knocked out Fukushima’s power and cooling systems, causing three core meltdowns. This led the NRC to require US nuclear power plants to re-evaluate seismic risks. These reports are due by March 2015.

Friends of the Earth has petitioned the NRC  to intervene in the Diablo Canyon’s re-licensing proceedings.

According to FOE senior adviser Damon Moglen of Friends of the Earth: “It’s now clear that Diablo Canyon could never get a license to be built at its current Central Coast site. The NRC must consider this seismic data as part of public licensing hearings.”

A Question of Magnitude

Predictably PGE, via their spokesperson Blair Jones, disagrees. Jones maintains the NRC has “exhaustively analyzed” earthquake threats for Diablo Canyon and demonstrated it’s seismically safe. According to Jones, the core issue involving earthquake ground motions was resolved forty years ago with seismic retrofitting (Diablo Canyon was originally designed to withstand a 6.75 earthquake – with the upgrade it can supposedly withstand a 7.5 earthquake). The obvious assumption being that none of the four faults surround Diablo Canyon could cause a 7.6 magnitude or higher earthquake.

PG&E’s position is understandable, as nuclear power plants aren’t cost effective to begin with. They only become profitable with massive taxpayer subsidies. If the NRC requires quire them to retrofit Diablo Canyon to current earthquake standards, a permanent shutdown is highly likely. In 1976, the Humbolt Bay nuclear power plant in northern California, which was within 3,000 yards of three faults, was shut down to reinforce its ability to withstand possible earthquakes. Retrofitting it became more difficult and costly than projected and it never re-opened.

A Fukushima-style earthquake and meltdown at Diablo Canyon could wipe out agriculture in California and parts of the Midwest for centuries. Yet like many federal regulatory agencies, the NRC is more concerned about protecting PG&E’s bottom line than the health, safety and food security of the American public. 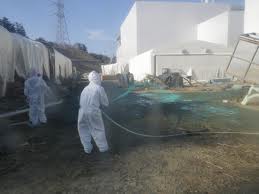 Michael Peck, who holds a doctorate in nuclear engineering is presently a senior instructor at NRC’s Technical Training Center in Tennessee.