Home World US beginning to ‘disengage’ from Israel: Analyst 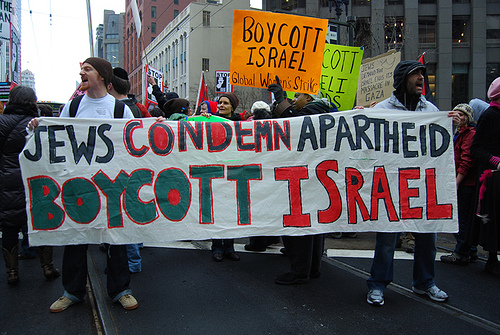 US  beginning to ‘disengage’ from Israel: Analyst

A combination of factors is pushing the United States to “disengage” from Israel, a regime that will not last a month without US support, says an analyst.

Mike Harris is at number two on top audience draw for Press TV today. The 3 minute interview that pulled them all in you can find right here.

Mike Harris, an editor of Veterans Today, argues that the American people — particularly the young and college-educated — have an “implicit sense of fairness” which is driving them away from Israel.

Americans are “fed up” with the significant sway that Israel holds on corridors of power in their country, Harris told Press TV on Wednesday. “Israel has been interfering in the US political process for a very, very, very long time.”

They are also outraged by “Israel’s unjustified war and slaughter of the Palestinian people in Gaza,” he added. “The unmitigated slaughter that Israel has done to the Palestinians, it creates a sense of outrage.”

The analyst continued that the American people are beginning to see through the “lies” that are being fed to them by the “Zionist-controlled” mainstream media.

“Times are changing for Israel, they spend a lot of money to manipulate public opinion, all of Hollywood and mass media is Jewish-controlled (and) Zionist-controlled, and people realize the lies that are being told to them on their Nightly News on a daily basis,” he said.

“But the American people can see through this. The American people, particularly at university level, are smart (and) well-educated and they have this implicit sense of fairness,” he added.

“All of this combined” Harris said, “is adding up to what is going to be a perfect storm for Israel where the people of the US are going to reject Israel, and that is the process that we are beginning to see the early stages of.”

Anti-Israeli events on university campuses across the United States have more than doubled in the fall compared to the same period last year, according to new report.

The New York-based Anti-Defamation League said in a report Friday that anti-Israeli activism has risen significantly on US campuses following the recent 50-day Israeli onslaught on the besieged Gaza Strip.

“This is going to continue for some time, and everyone knows, without the support of the US, Israel will be gone in 30 days,” Harris said. “There is a groundswell that is developing for the US to disengage from Israel.”