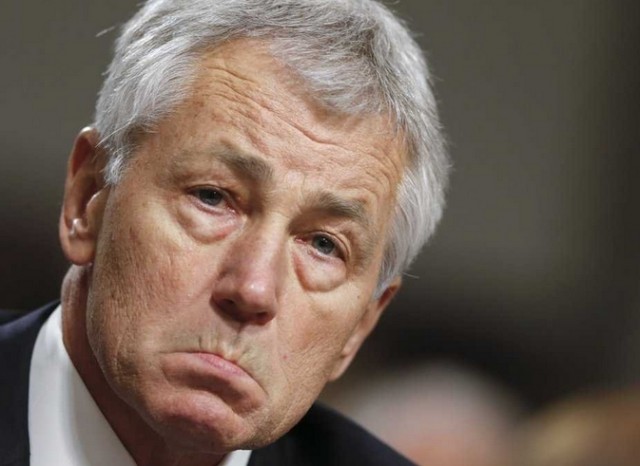 It was never going to work, Chuck Hagel with Obama and Dempsey fighting ISIS on one side and John McCain, “founding father” of ISIS, ties to organized crime and a long record of treason during and after the Vietnam War as Chairman of the Senate Armed Services Committee.

Today, Secretary of Defense Chuck Hagel, is resigning.  The reasons given, as usual, are silly, “personal issues.”  In a day or two, a rumor will come out, it usually does, often however, it is just as false.  We wanted Hagel to stay but we also wanted him to go much further than Obama would allow.
Still, there have been mass firings, removing much of the incompetence and treason within the military but those who have worked in and around the Pentagon know how thoroughly Bush cleansed America’s defense community of the capable and trustworthy.
For those who have been living under a rock somewhere:

Several names have been introduced.  The New York Times is saying that Hagel is stepping down because someone is needed with more wartime experience.  Hagel’s only “wartime experience” is actually fighting in the Vietnam War as a combat infantryman.
In Washington, playing golf with defense contractors is considered “wartime experience.”
With the new GOP senate at war with the United States and “out of control” elements in the State Department leading the move toward war with Russia, this most recent move, one clearly in the wrong direction, is ill advised.
The real job, when elected, was to arrest Bush and Cheney, release the 2003 real D.O.E. 9/11 Report and take on the job of dismembering the Federal Reserve.
Without those tasks, the real “mission accomplished,” there is little hope.
Did we mention the arrest of 5 members of the Supreme Court, for felonies long sitting in dusty FBI files, that and “Citizens United,” the law that “unwrote” the last vestiges of the constitution.