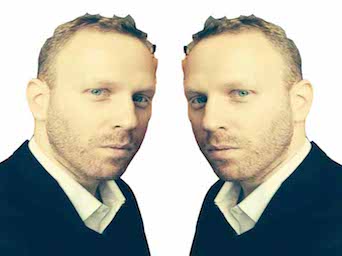 The Jewish activist Max Blumenthal wrote an expansive book on Israeli racism, but he failed completely and categorically to grasp the culture that drives Jewish supremacy within the Jewish State, Jewish politics and beyond. Interestingly enough, Blumenthal has a lot to say about ‘German pathology,’ German people, the colour of German people’s skin and their ‘sickening society’.

If anyone still had hope that there was something positive that Progressive Jews could add to the discourse, Blumenthal’s latest interview will end that idea. He exhibits the ultimate form of Jewish racism, goy hatred: in fact, far more insidious than hard-core right wing Zionism.

In an interview with Anna-Esther Younes published by the Jewish pro Palestinian site Mondweiss, Max Blumenthal said,  “Based on what I knew about Germany and its national pathology and its failure to really take the right lessons from its own history. I was hardly surprised by the reaction that I received…”

“Are you calling us pathological?” wonders Younes.   “Yes, this is a sick society that hasn’t addressed the core political and psychological and social trends that lead to the Holocaust.”

Apparently, the ‘progressive’ Blumenthal has no inhibitions about diagnosing Germany’s ‘sick society’ and its ‘pathology.’ But he doesn’t stop there. Like a proper Zionist Jew, Blumenthal also divides the world into two primary categories, Jews and Gentiles: “when I was so promiscuously described as an anti-Semite, including by gentile politicians like Volker Beck, and that this behavior was considered perfectly normal in German society, I have to admit to some level of shock.”

Apparently Blumenthal, a Jew, is allowed to attribute the anti-Semitic label to others, but the Goy politician Beck is not permitted to participate in the game.  And why? Because Beck’s penis wasn’t chopped by a rabbi. “In Germany” complains Blumenthal,  “I apparently am not as Jewish as Volker Beck, a man who has never had a Bris or a Bar Mitzvah.” For those who do not know, Bris, stands for Brit-Milah-the Jewish circumcision ceremony, an ancient blood ritual that involves (occasionally) blood sucking.

If anyone believed Blumenthal that he was an anti Zionist, he has a surprise for you. Just a little opposition in Germany made Blumenthal unsure about his commitment to the ‘anti’ club. “My Jewish identity can be negated, simply because I’ve defined it outside the frontiers of Israeli nationalism and to some extent, against Zionism.”

There you go. Blumenthal, by his own admission is not so sure anymore that he is an anti Zionist, he is only to a “certain extent.” Blumenthal is correct. The shameless performance put on by David Sheen and Max Blumenthal as they chased a leading German politician into the toilet provides proof that both Sheen and Blumenthal are actually far more abhorrent, aggressive and intrusive than the most repugnant Israeli or Zionist. Sheen and Blumenthal’s behavior puts anti-Semitism in context. It is hard to imagine a worse display of manners.

As if being Germans is not bad enough, in the eyes of Blumenthal, the Germans are also guilty of being ‘White.”  To the question “does that make Germany a Jewish friendly country?” Blumenthal answers,  “Germany is the whitest country in the world. It’s so white that it doesn’t know that it’s white or what whiteness is.” This is actually the most inclusive notion of Whiteness I have ever come across. It implies that in Germany, whiteness has no binary meaning. However, I suggest that Blumenthal look in the mirror.

Younes, probably overwhelmed by Blumenthal’s unique convoluted brand of anti intellectual aggression, asked Blumenthal to elaborate on the meaning of ‘Whiteness.’ Blumenthal replied, “whiteness is the supreme embodiment of privilege. Whiteness is expressed through the wielding of power against calls for equality and the simultaneous denial of the very existence of the privilege to do so — a willful lack of self-awareness.”

Reading these lines by Blumenthal I am perplexed by the total lack of self-awareness on Blumenthal’s part. What did Blumenthal think to himself when he and Sheen were filming and chasing the German MP to the toilet while loudly celebrating their own privilege of being Jews?  Did they think that a Palestinian might do the same thing? Would Ramzy Baroud or Azmi Bishara even considering behaving in such a rude way? Not in million years. And the reason Blumenthal and Sheen feel entitled to act so badly is simple. The two are operating with an impunity that is driven by a unique sense of choseness, i.e., Jewish privilege.

For a second it may seem as if Blumenthal is critical of the primacy of Jewish suffering “The completely mono-cultural narrative on what it means to be a German holds that the Holocaust towers above all other crimes, that those who perished in it were the ultimate victims of history, and that the Jewish nation that rose up in its wake must therefore float above the weight of history.”

What is going on? I am slightly confused. Blumenthal is a devoted Nazi hunter and an open enemy of historical revisionism. A few years ago, Blumenthal produced a Zionist Text Book video that attempted to discredit historical revisionist David Irving. This video is worth watching.  “Inadvertently or not, Germany is instrumentalizing the Holocaust and Zionism to compromise the citizenship rights of Muslim and Arab immigrants, to silence their narratives, and to complicate their naturalization process.” But Blumenthal here is actually talking about himself; it is he who has been instrumentalizing the Holocaust to serve the goal of his own (Jewish progressive) narrative.

It takes a few paragraphs before Blumenthal squirts the full Jewish progressive mantra. “They (the Germans) simply can not accept that Jews are normal people capable of being oppressors like everyone else; of practicing apartheid or developing a class of extremists who behave almost identically to Christian neo-Nazis.” Precious.

This is probably the best summary of Jewish progressive nonsense.  Jews are like everyone else, they are ordinary people and don’t you ever dare question their choseness. Don’t you ask what is unique about their lobby, don’t you ever look into the role of their elite and its domination in culture or banking etc.’ But then, if Jews are just so ordinary, how did they manage to mount the political pressure on the German political system that drove Blumenthal and David Sheen out of Germany?

Instead of answering this simple and crucial question, the Progressive Jew Blumenthal prefers to smear the entire German people as a ‘pathological,’ ‘sickening society,’ driven by whiteness. This tactic is appalling yet symptomatic of Progressive Jewish ID politics.

If you think that you have enough evidence of the depth of Blumenthal’s racially driven thinking, read this. When asked about support in Germany, “I’ve met quite a few white Germans who are supportive of the idea of Palestinians having basic human rights and are actually willing to do something about it…Genuinely left-wing anti-racists tend to be supportive of Palestinian rights.”

But I wonder, is Blumenthal anti racist? For an anti racist enthusiast his language is suffused with racial expressions and biological determinist ideas. Blumenthal refers to skin colour. He talks about the pathology of nations and peoples but at the same time he defies any attempt to criticise the ideology of his own ‘chosen’people.