Home Life I Almost Blew Up the SFPD 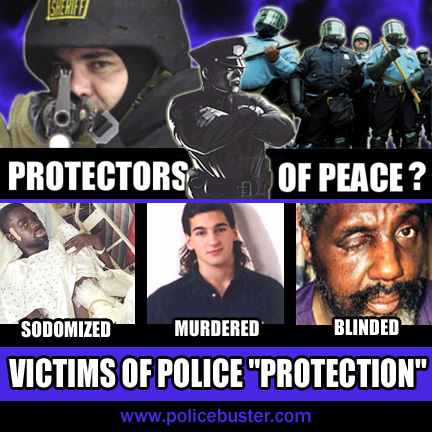 A true story or not, take your pick. At this point, since the Statute of Limitations has long since expired, it doesn’t really matter. But it does illustrate how America’s abusive police, who routinely lie to cover each others’ misdeeds, are risking serious blowback.

Part of the problem is that so many cops are adrenaline junkies. And it’s getting worse every day. Our Israeli-trained militarized boys in blue don’t look much like Andy of Mayberry any more. Instead they are fear-crazed, hot-headed power-trippers with itchy trigger fingers. And it isn’t hard to see why they’re stressed.

I just spoke with a neighbor, a recently-retired Wisconsin State Trooper. He said most of his buddies have dropped dead before or shortly after retirement. The job stress, he said, is unbelievable. There is the constant possibility of danger. The work schedules are hellish. The pension’s pretty good, but hardly anyone lives to collect it. Heart attacks and strokes are the major culprit.

And now the anxiety level, on both sides of the thin blue line, is going through the roof. In the wake of the Ferguson protests, America’s cops and the communities they “protect and serve” need to take a deep breath and chill out. We should make meditation training mandatory at police academies. And daily deep-relaxation meditation should be a required task of all police officers, instead of (or alongside) the coffee and donuts.

Check my interview with Ruffina Anklesaria of Transcendental Stress Management in Ferguson, Missouri. Ruffina and her late husband Farrokh Anklesaria have had tremendous success teaching prisoners to meditate, with incredible results in terms of non-recidivism. Maybe it’s time to recognize that police are just as prone to anxiety-driven bad behavior as criminals, and make meditation an integral part of police training. “Teach a Cop to Meditate,” anyone?

I Almost Blew Up the SFPD

It was one of those paths not taken, and thank God I didn’t take it.

Furious, unable to sleep, consumed by thoughts of revenge, I spent years overcoming the urge to go after the two San Francisco police officers who had brutalized me. And then, just when I was starting to let go of it, an old U Haul moving truck stuffed with plastic explosives fell into my lap.

It all started on Broadway Street half a block east of Columbus – the neon nightclub district glittering with strip clubs and tourist traps. I had been to a punk rock show and was walking west along the north sidewalk with Guitar Player and Scary Gary, both louche, dubious-looking individuals and minor-league troublemakers. Scary Gary, who had the mien of a teenage Charles Manson, panicked when he saw an SFPD squad car approaching.

“Shit! I’ve got a warrant out on me! Here, take this.” He shoved his 32-ounce brown-bagged bottle into my hands.

An amplified cop voice squawked from the loudspeaker atop the patrol car: “Dump out that container.” I turned and walked toward the trash can on the corner, perhaps 30 or 40 feet away.

I never got there. Instead, I was hit from behind by a charging cop and slammed face-down into the pavement. One cop kicked me in the ribs while the other kept banging my head against the concrete. Then they lifted me up and ran me into a brick or stone wall, I don’t remember which. I was half-unconscious as they ratcheted the handcuffs to maximum, bone-crushing tightness and threw me in the back of the patrol car.

As I regained full consciousness I realized that the handcuffs were excruciatingly painful. I protested. The cops ignored me and kept trading wisecracks.

The ride lasted most of an hour, possibly more, even though the station was two blocks away. By the time we got there it was too late. I was condemned to a lifetime of aching numbness and tingling in my hands, along with a touch of clumsiness that hadn’t been there before. I hadn’t been much of a guitar player before that, but I could have been. Since that day, all I’ll ever do is beat out chords. I can’t make my fingers move the way I want them to.

It’s also harder to sleep at night when your wrists and hands feel like there’s a permanent electric current running through them.

Even when we arrived at the station the cops still wouldn’t loosen or remove the cuffs. I kept asking. I finally got an answer when one of the cops grabbed me from behind and the other one started using me as a punching bag. A female dispatcher or secretary or whatever she was looked on without showing much interest. The other cops in the room were equally nonchalant.

I spent a miserable night in a vomit-splattered drunk tank. I later learned that I had been arrested for “public drunkenness,” which seemed odd since I had not consumed alcohol or behaved unreasonably. No charges were filed.

Along with my numb, tingling hands, the incident left me with PTSD, a sleep disorder, and a big-time chip on my shoulder. As I lay awake nights – especially after the lawyers told me the case probably would bring no more than $10,000 which wouldn’t cover attorneys’ fees, and that the cops and the dispatcher would lie through their teeth, happens all the time, much worse than this, so just forget about it – I would dream up revenge scenarios.

But as the sun rose, my plots of retaliatory mayhem felt wrong. The cops had families. Innocent people might get hurt. My life, at least as a free man, would likely be over…though doing it in a way that was sure to get me shot down would at least put an end to the sleeplessness. Tempting, yes, especially at 4 a.m.

It was a test from God. I didn’t completely pass, at least not with an A+. I did a fair number of stupid things over the years, as the haze of sleepless rage gradually burned off like fog in the San Francisco sun.

But at least I didn’t use the plastic explosives.

That opportunity came several years later. I was living in a 1964 Dodge motor home, parking at various locations in the Sunset district, not far from the Pacific Ocean. For some odd reason, I would often end up next to a battered old U-Haul moving truck.

It turned out that the guy who owned the truck had been a revolutionary in his youth. Now that he had a wife and children and a job, he was anxious to get rid of the C-4.

The problem was, there was way too much of it.

After repeated visits to the old concrete military bunkers buried deep beneath the sands of Fort Funston, a beachside abandoned military base, it became obvious that it would take hundreds or thousands of trips to use up a whole moving van’s worth of C-4. The thing is, when you wire up the plastique and blasting cap deep in the tunnels and run the wire back out into the sunshine and spark it with a 12-volt battery, even a modest amount of C-4 sets off a rumble like a fair-sized earthquake… which is not exactly an unobtrusive thing to be doing within the municipal limits of America’s most densely-populated and earthquake-prone city. In San Francisco, people notice stuff like that.

There was no way we were going to blow all that stuff off bit by bit.

He desperately wanted me to take the truck and its contents off his hands. Sort of like Scary Gary and the brown-bagged bottle of beer.

“You could store it somewhere. Maybe some day you’ll think of something to do with it.”

I had already thought of something to do with it. I knew exactly where to park it, beside Central Police Station. I could time it and watch the fireworks from Coit Tower.

Overkill? Sure. But my Unabomber-type manifesto against asshole cops would certainly get noticed. You have to admit it would be one hell of a publicity stunt.

“Maybe some day this country will turn into a full-fledged police state, and you’ll be glad you’ve got a huge stash of C-4 so you can fight back.”

He had a point. Maybe more so than he realized back then, in the late 1980s.

My final answer was: Thanks for the offer, but I’m just not sure what I’d do with a truckload of C-4. It would probably be more trouble than it’s worth.

So he waited till high tide, backed that truck up against a cliff during the wee hours of the night, and threw the whole shitload of plastique into the Pacific Ocean.

How to Get Your Finances in Order After Military Service