(SAN ANTONIO, TX) – Dr. Bradford Ira Brunson (1950-2014), a Marine veteran and clinical psychologist who provided valuable service to veterans with PTSD and TBI died after a long fight with the VA on November 29th. The VA won this round — he died before his VA appeal could be heard.

Cheryl Hollenshead Bradford, his wife, wrote on Facebook that “he fought to the very end, even after they said no transplant on Tuesday. He thought if he could get better in rehab they would give him a shot, but his body just wouldn’t cooperate. They reduced med to keep his blood pressure up and oxygen, and he was gone in about 30 minutes.” 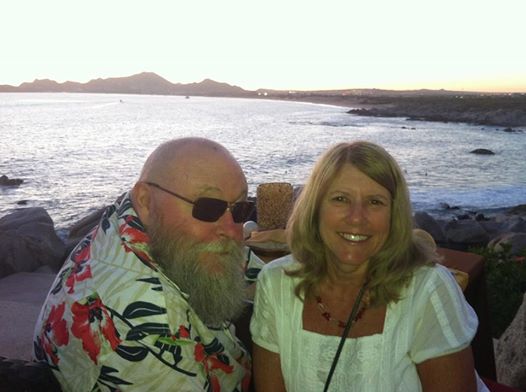 Brad contacted me in 2012 to ask about the toxic chemicals at El Toro. MCAS El Toro is an EPA Superfund site, with multiple toxic chemicals in the soil and groundwater. The base was closed in July 1999, and much of it sold to a real estate joint venture in 2005.

I’ve been lucky. I was stationed at El Toro in the 1960s and managed to survive two cancers and a number of other medical conditions linked to radiation and toxic chemical exposures.

Brad and I talked on the phone, shared emails and used Facebook to communicate. Brad said that he had been fighting with the Veterans Administration for four decades, and most recently since 2006 in filing his VA disability claims.

Brad attended the Nuclear, Biological & Chemical (NBC) Warfare training school at MCAS El Toro in 1970-1971, sharing some of his experiences with me.  He didn’t know for certain, but thought that he had been exposed to Agent Orange and Sarin at El Toro:

I just discovered your article pertaining to El Toro Marine Air Base. I was stationed there in 1970-1971 at the Nuclear, Biological & Chemical Warfare training school. During that time we were exposed to a variety of chemicals and hazardous materials. Since we were mostly enlisted, after the “school-work”, we were assigned “clean-up activities and “gardening” in the “Vegetable patch”. We were instructed to spray chemicals along the fence lines to kill the weeds and unwanted vegetation.

Part of our training was to witness and observe how quickly the chemicals could kill the vegetables in the “patch” [corn, wheat, root vegetables, etc. In addition, part of the training was with gas, possibly Sarin; though they never told us], we were led into Quonset huts and beyond a partition; goats were also led in the other side; they were killed by the gas. We were then instructed to inject atropine into our thighs to counteract the effects of the gas.

Before my honorable discharge in 1971, I went through a physical and medical evaluation board and was awarded 10% disability based on losing all of the hearing in my left ear. Once discharged, the VA down-graded this to 0% service-connected. I never pursued appealing this for over 40 years. I finally re-opened my claim in 2010; still waiting to hear from the VA. Since that time I have been treated for Diabetes Mellitus, Kidney failure, coronary artery disease (quintile by-pass in 2006), diabetic neuropathy, and a host of other physical ailments.

Brad and the other Marines at El Toro’s NBC School were really into some very serious chemical exposure.  Anytime someone has to inject themselves with atropine in a training class where goats are killed has to get your attention.

Was Sarin used at El Toro?

Sarin is highly toxic and can kill quickly. Sarin is a chemical weapon, owing to its extreme potency as a nerve agent. It has been classified as a weapon of mass destruction in UN Resolution 687. Production and stockpiling of Sarin was outlawed by the Chemical Weapons Convention of 1993. But, Brad’s exposure to a gas (Sarin is a good presumption) took place in the 1970’s, and there was no legal basis not to use it. If used, it was definitely not the smartest play in the Corps NCB training program.

The VA Houston Regional Office provided an official denial for all of Brad’s health claims in September 2013. Brad made repeated attempts to obtain a copy of his VA C-File (VA Disability Claim File), but was refused and stonewalled by Houston, even though under Federal law, the VA had twenty days to respond to his request.

He reached out Senator John Cornyn and US Representative Joaquin Castro for their assistance and an attorney in Dallas, Texas who filed litigation against the VA. In April 2014, he received the VA C-File — only to discover that “It is filled with redundant, erroneous, inaccurate information, and there is absolutely no order to the contents. The file spans over four decades. This is a travesty; however, the saving grace was the law firm. Now, at least, I can begin the lengthy appeal process, with factual information. Too bad the VA did not base their decisions on factual information.”

I checked with a Ph.D. toxicologist friend, who said that Brad’s medical problems (“Diabetes Mellitus, Kidney failure, coronary artery disease [quintriple by-pass in 2006], diabetic neuropathy, and a host of other physical ailments”) sounded to her more closely linked to exposure to Agent Orange than Sarin.

We know for certain that Agent Orange was used at El Toro, since an El Toro Marine who never served in Vietnam died from cancers that the VA said were caused by Agent Orange exposure. His widow receives compensation from the VA. The man’s job was to transport empty 55-gallon drums to the base landfill in the 1960’s. You can guess what had been in the 55-gallon drums. The risk of wildfires at El Toro was high, so use of AO in the 1960’s made sense.

My last FB contact with Brad was on November 25-26th. It was very brief:

Brad, Are you back in action?

No, bad news no medical options, all organ failed, no repairs hard to use cell.

Brad will be missed by his wife, family and many friends. Marines are a band of brothers who will risk their lives to safe each other. Preventable deaths from toxic exposures are a waste of human lives and a tragic example of the government’s lack of foresight and concern about the effects of toxins on those who volunteered to defend our country against all enemies, foreign and domestic.