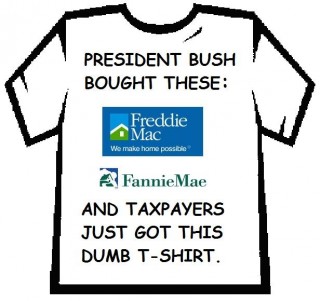 Anti-eviction activists were thrilled with a November 25 ruling by the Federal Housing Finance Administration (FHFA), which seems to reverse the position taken by the Obama administration in federal court. Prior to the new ruling, homeowners foreclosed by Fannie Mae or Freddie Mac (the Enterprises)* found themselves in the painful position of watching their foreclosed homes being sold for much less than they paid for them.

As the 2008 economic collapse caused over inflated real estate values to plummet, more than a fifth of all mortgage holders (7.5 million) discovered that – through no fault of their own – they owned more on their mortgage than their property was worth. By December 2013, the percentage of underwater (aka negative equity) mortgages had decreased to 13% (6.4 million)  By December 4, 2014, thanks to an October “rally” in home prices (i.e. new real estate bubble) , this figure had dropped to 8% (4 million) .

Prior to the new ruling, both Fannie and Freddie (both owned by the taxpayer since they were nationalized** in September 2008) required homeowners who had been through foreclosure and wanted to buy their home back had to pay the entire amount owed on the mortgage. The Enterprises argued that allowing former home owners to repurchase their homes at the true (lower) market value created a “moral hazard” because it encouraged deadbeat home buyers to default on their mortgage to repurchase their property at its real value. I find this really rich, given that it was deadbeat banks and mortgage companies who caused the economic downturn to begin with.

Thanks to the new FHFA policy, both Fannie and Freddie must now permit the sale of existing real estate owned (REO) properties to any qualified purchaser (including the former owner) at the property’s fair-market value.

A year ago, two Massachusetts residents filed suit against Freddie Mac, with the support of the Boston anti-eviction group City Life/Vida Urbana, for violating a Massachusetts consumer protection statute that explicitly forbids this type of refusal. On November 18, the Obama administration argued that state laws are non-binding on Fannie and Freddie while they’re under federal receivership. Extremely unfavorable publicity may partially explain the FHFA’s surprise ruling a week later. Now that the pressure of mid-term elections has passed, it’s quite a safe lame duck type decision.

City Life/Vida Urbana was first started (as the Jamaica Plain Tenants Action Group) in 1973 to pressure inner city slumlords to property maintain their buildings and to pressure the city of Boston to enact rent control. Since the 1980s, they have also campaigned against property speculation, gentrification and condominium conversion. Since 2008, defending against foreclosure and other evictions has been their primary focus. Joining forces with Occupy Our Homes, which grew out of Occupy Wall Street, they have employed a two prong approach. In addition to helping home owners fight fraudulent foreclosures legally in court, they also organize local activists to block evictions through mass occupation and civil disobedience in foreclosed homes. In many cases, the negative publicity this generates will pressure lenders to renegotiate more reasonable repayment terms.

Thanks to trainings City Life/Vida Urbana conducts across the US, many communities are starting grassroots anti-eviction organizations.

* Roughly half of all US mortgages are held by two government sponsored enterprises (GSEs), nicknamed Fannie Mae and Freddie Mac because federal bureaucrats kept getting the two confused. The Federal National Mortgage Association (FNMA), commonly known as Fannie Mae, was founded in 1938 under the New Deal. Its purpose was to expand the secondary mortgage market. The latter attracts new capital for mortgages by buying mortgage loans from banks and bundling them as securities to on-sell to pension funds, insurance companies and hedge funds. This allows lenders to reinvest their assets in more lending, theoretically increasing the supply of funding available for home purchases. Fannie was privatized in 1968 to become a publicly traded company. The Federal Home Loan Mortgage Corporation (FHLMC), known as Freddie Mac, is a publicly traded GSE created in 1970 to further expand the secondary mortgage market.
**On September 7, 2008, George W Bush nationalized Fannie and Freddie by placing them under FHFA conservatorship and causing them to issue new senior preferred stock and common stock warrants to the US Treasury amounting to 79.9% of each GSE. In 2010 both were delisted from the New York Stock Exchange after Fannie’s stock traded below $1 a share for over 30 days. Since 2010 both stocks have continued to trade on the Over-the-Counter Bulletin Board.