Home Government When Guns are Outlawed Only Jews will have Guns 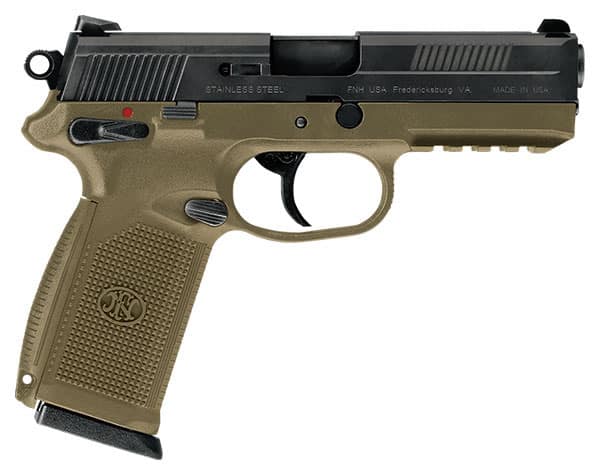 The head of a major Jewish organization in the EU is calling upon lawmakers to revise gun control laws to allow Jews to begin arming themselves–presumably for self protection.

“The Paris attacks, as well as the many challenges and threats which have been presented to the European Jewish community in recent years, have revealed the urgent need to stop talking and start acting,” said Rabbi Menachem Margolin, General Director of the European Jewish Association.

“We hereby ask that gun licensing laws are reviewed with immediate effect to allow designated people in the Jewish communities and institutions to own weapons for the essential protection of their communities,” he added.

Margolin made the remarks in a letter, which can be viewed in PDF format here, and while he does not specifically call for Jews to be exempted from laws barring citizens from carrying weapons in public, concealed or otherwise, that does seem to be the interpretation that RT, as well as the Jewish website Arutz Sheva, are giving it.

“A prominent European rabbi has called on governments to relax gun-licensing legislation to allow Jews to carry firearms for self-defense, following last week’s deadly Paris attacks and amid rising anti-Semitism on the continent,” says Arutz Sheva.

“The biggest Jewish association in the EU has called on lawmakers in Brussels to let Jewish people carry guns ‘for the essential protection of their communities’ in the aftermath of Paris shootings,” reports RT.

The letter is dated January 13, and seems to have given rise to public confusion in one other aspect as well. A “clarification” posted on January 17 does not clear up the question of whether Margolin and the EJA are asking for Jews to be exempted from certain gun regulations–but it does address the matter of whether the rabbi was issuing a general call-to-arms for all Jews, or perhaps only some. Apparently were those who construed his remarks as advocating for pistols in the purses, waistbands and holsters of every single Jew in Europe.

“He never claimed that every Jew should carry a gun,” the clarification states, additionally reaffirming that guns would be issued only to “designated personnel that will undergo thorough investigation and training by local authorities.” But in a statement to Newsweek, the rabbi also said he felt that “as many people within the Jewish community as possible” should carry weapons.

In either event, what Margolin does clearly seem to be calling for is that Jews be given special consideration over Gentiles in the issuance of gun permits.

“There are too many Jewish people who feel insecure in Europe,” he told RT.

“What I am asking is that the good people, those who live under danger, will be able to protect their life. Otherwise we might be again in the situation and we won’t be surprised if another time an attack against a Jewish institution is going to happen, people will be dead without any possibility to protect their life,” he added.

Can European political leaders, who seem abjectly servile to Jewish lobbies (possibly even more so these days than are American leaders), be expected to go along with the EJA’s request? Will we see the “designated” Jews freely carrying weapons as they walk about the streets of European cities, entering stores and cafes with them, while Gentiles remain strictly subject to current restrictive gun regulations? If so, how do you suppose this will effect the level of anti-Semitism in Europe? Will it cause it to go down…or up?

One can imagine that getting EU politicians to “stop talking and start acting” would not be a terribly hard trick for a well-funded Jewish lobby to pull off.

I find myself torn these days between two lines of thought: a) that Jewish leaders, through their words and actions, deliberately stoke anti-Semitism in order to achieve certain objectives they see as beneficial; and, b) that Jewish leaders–blinded maybe by their sense of supremacy and chosenness–remain essentially oblivious to how they are perceived by others, making resultant rises in anti-Semitism simply the inevitable byproduct of their words and actions.

Of course the human mind certainly operates on more than one level of consciousness, particularly when in the grip of psychosis, so perhaps the answer is it’s both.