Comments in bold italic and parentheses may not reflect the opinions of VetLikeMe contributors. My comments are NOT the actual language from the official GAO report.

Fraud has always existed in set-aside programs. This review of fraud and abuse begins when VetLikeMe started publishing; it existed in the program long before we opened our doors.

In the fall of 2009, the realization that fraud and abuse within the SDVOSB program began heating up. The House Small Business Committee (SBC), 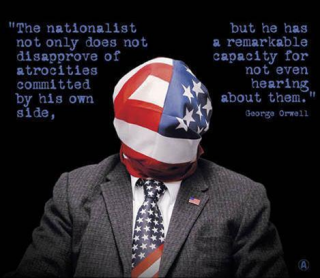 On January 22, a New Jersey construction firm, Veteran Construction, reached a $1.3 million settlement with the U.S. Department of Veterans’ Affairs (VA) in order to settle claims that it misrepresented itself as a service-disabled veteran-owned small business (SDVOSB) by using a veteran “nominee” for SDVOSB status. From 2008 through 2011, Veteran Construction used this status to receive over $6.5 million in set-aside contracts from the VA.

Office of the General Counsel

Crosstown Courier Service is responding to the VA letter dated 16 January 2015   received 16 January 2015(Friday) requesting dismissal of referenced protest on the basis that the VA Contracting Officer did in fact properly conduct market research that determined there was no reasonable expectation of receiving offers from two or more eligible SDVOSB firms were capable of performing the required work at a fair and reasonable price. As such the Contracting Officer did not set aside the requirement for SDVOSBs. It goes on to say “This is matter of informed business judgement within the Contracting Officer discretion and GAO should refrain from disturbing it”.

Federal criminal investigators are looking into whether North Charleston-based Brantley Construction Co. defrauded the U.S. Department of Veterans Affairs out of more than $17.5 million by setting up a sham corporation to qualify for special contracts earmarked for businesses owned by disabled veterans. Among the contracts Brantley Construction obtained, according to court documents, was the $10.2 million construction of the Fort Jackson National Cemetery in Columbia. The remaining money was spread across six other projects. The criminal investigation was revealed in a court filing this month by lawyers representing Brantley Construction in a separate whistleblower lawsuit over the allegations.

Award Improper Because VA Admitted It Could Not Afford Optional Work

evaluation of pricing in a solicitation for construction of a primary care building at the VA Medical Center in Vancouver, Washington. The solicitation

was based on FAR Part 14, with award to the lowest priced offer. Bidders were required to provide pricing for the base construction project and nine…..