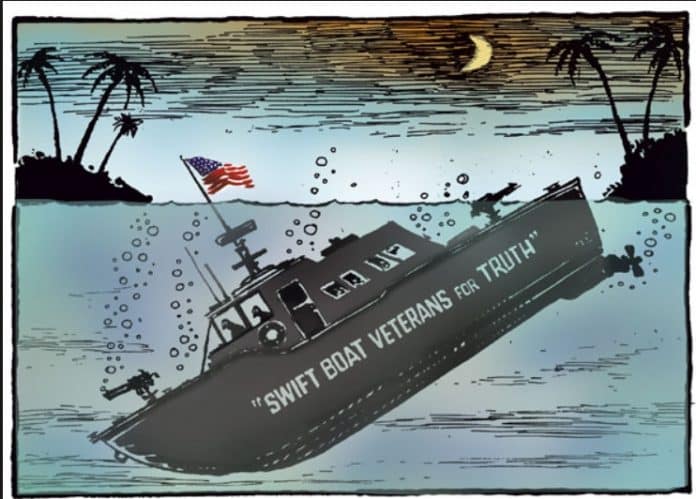 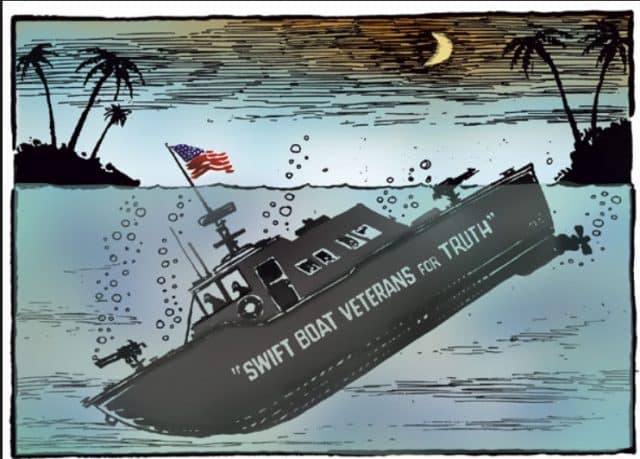 By Mike Hughes for Veterans Today

Before John Kerry could be “Swift Boated”, the true front runner in the race for the Democrat nomination for President had to be drowned in his visceral scream by a hostile and bought out media.
Going into the Iowa caucus Governor Howard Dean of Vermont was the front running candidate and top fund raiser in the Democrat Primary for President of the United States. Dean placed a solid third and referred to his third as a solid foundation to go on to other key states to win his Party Nomination. Dean was successfully pioneering the first internet based campaign for a major office. His Democracy for America PAC relied on grass roots organizing and mass appeal to small donors rather than relying on hard to reach large donors. Dean was the first major candidate to promote active participatory democracy as a key element of his campaign.

Dean had appeal to both sides of the political spectrum. As Governor, Dean succeeded in producing a balanced budget and twice lowered State taxes. As a Medical Doctor he instituted model Health Care Programs for Vermont. His staunch anti-war stance and common sense approach galvanized a whole new generation of political activists just as Eugene McCarthy had done in 1968. The Dean Campaign use of meetup.com was regarded as sheer genius. And by limiting his appeal to small contributors Dean was incurring no debt to the Banksters and other criminal interests dominating National Politics.

. The first says the “Scream was a stupid reason for the news networks to ostracize a Presidential Clearly, something had to be done. A “Peace” Candidate, if elected, would stuff the Neo Con plans for eternal warfare and “The Clash of Civilizations”. Hence, the “Dean Scream” was devised by Big Media to discredit the most viable candidate since Clinton and the most uncorrupted since McCarthy and McGovern in the late Sixties and early seventies.

The Scream is still prominent on the internet. If you enter Howard Dean you will find it on UTUBE in two versions. Two of the Comments are revealingCandidate”. The second is “Crazy this one moment single handedly de-railed an entire presidential campaign”. The method was to use ridicule and repetition to amplify a non-moment into a big moment and engineer defeat from a clear victory.

It is customary for candidates to rouse their followers on to greater efforts in such races, as Iowa was just the first of many to come. Dean referred to third place as a victory, and for good reason. Dean was taking on the establishment and taking positions with content and rhetoric far from the beltway. The Mainstream Media had already endorsed the “long War” and got their “thirty pieces of silver”, and Clinton had already allowed Media Consolidation but Dean had found a way to his constituency outside the control of the “good Ole’ Boys” and the Media. He had to be stopped.

THE SCREAM!!! From KNOW YOUR MEME web site. “Because of the loud cheers of his enthusiastic audience, Dean was forced to raise his voice in delivery; however the overwhelming noise from the crowd was filtered out by his unidirectional microphone thus giving the impression to the television audience that he was loud, peculiar and unpresidential”. Somebody made a remix and posted it on UTUBE and the corrupted mainstream media had a field day. THE SCREAM was played and ridiculed over 600 times in four days in addition to uncounted times on local media. Even NPR got into the Enterprise. A pugnacious and courageous man was transformed into a Wing Nut and pushed into the back ground. Kerry was touted as the sane alternative; and he didn’t know the SWIFT BOATS WERE A COMIN.

Sometime after Governor Dean was knocked out of the race and on a speaking tour in support of peace and a restructure of the Democratic Party, I attended his lecture at the University of Chicago in my one of my “look I’m with the establishment” disguises. I got to answer a question directed at the good Doctor. The Question was “Who or what is Really Behind all these Middle East wars?” Dean said I know the answer, but I’m not allowed to say”. I was in position to jump up and officiously answer the question. I bounded to the Mike declaring “I can answer that”. At the Microphone I stated “I will be brief, Big Oil, The Military Industrial Complex and Neo-cons.

Dr. Howard Dean went on to become the Democratic National Committee Chairman and to institute the fifty State policy that bore fruit in the two Obama Campaigns.

The information above is taken from my own memories of the event, Wikipedia, and knowyourmeme.com 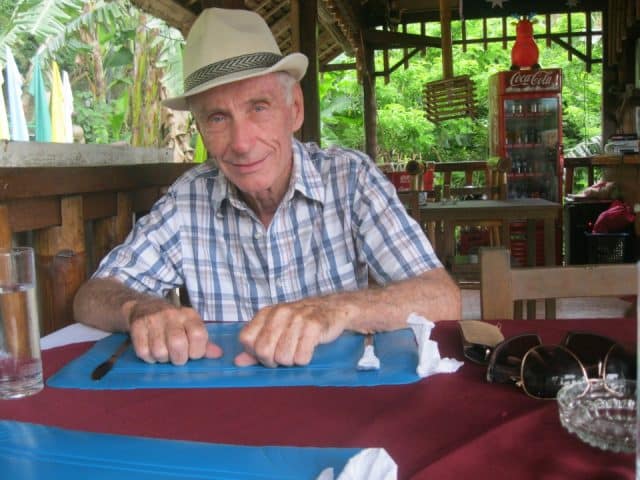 Bio: I am a retired artist’s model, actor, political theorist and operative, professional gambler, school teacher, Operating Engineer, raconteur and Sinatra Tribute Singer. I am seventy four years old. A former Marine and married to a twenty-six year old Filipina. I reside in the Philippines.