“Mathematics, rightly viewed, possesses not only truth, but supreme beauty…like that of sculpture, without appeal to any part of our weaker nature, without the gorgeous trappings of painting or music, yet sublimely pure, and capable of a stern perfection such as only the greatest art can show.” – Bertrand Russell 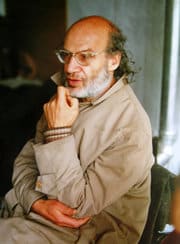 “An anarchist who fought against the czarist government. He was captured by the Bolsheviks during the Russian Revolution and eventually escaped to Western Europe. Along the way he lost an arm.”[1]

And so he did.

Grothendieck, within a short period of time, became a widely recognized mathematician. Yet his mathematical powers, we are told, gradually faded away in the 1970s and 80s,

“partly due to the sense of social justice that impassioned his parents, who were anti-Fascist activists during the Spanish Civil War.

“Since 1988 Grothendieck has lived in relative seclusion in a small village at the foot of the Pyrénées mountains in France, where as he wrote in a memoir, ‘The Key to Dreams’:

“‘I am indebted to my father for having inculcated in me a solidarity with the most underprivileged people, a powerfully held, lifelong belief.’”[3]

During the last years of World War II, Grothendieck was housed in La Guespy Children’s Home, “a refugee orphanage at Le Chambon-sur-Lignon, a town in south-central France, later named among the Righteous Among the Nations by Yad Vashem for shielding Jews in Nazi Europe.”[4]

Grothendieck wrote in his memoir:

“We were mostly Jews, and when we were warned in advance (by local police) that Gestapo roundups would occur, we went to hide in the woods for a night or two, in little groups of two or three children, without fully realizing that it was a matter of life and death. The region was full of Jews… and many survived due to the solidarity of the local population.”[5]

The World War II led Grothendieck to despise the academic environment, and he gradually shifted his academic work to social justice. Soon, he began to shelter illegal foreigners, which was a crime back in 1977 in France. Grothendieck, then, began to take up political arms:

“He launched an unsuccessful campaign against the law, first at his then-academic home of the University of Montpellier, and wrote to five leading scientists asking for their support; none replied.”[6]

Grothendieck told Roy Lisker, an American mathematician and anti-war activist, “I’m not a mathematician anymore…I now devote my days to the transcriptions of my dreams.”[7] 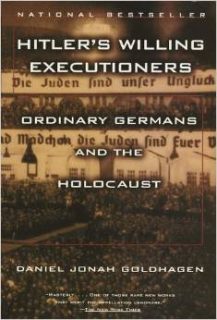 I really sympathize for Grothendieck, for personal experiences sometimes carry huge emotional luggage. Who has not been carried away by emotion in one way or another?

Yet while I understood Grothendieck’s emotional view, I historically and intellectually could not side with him. Therefore, he was almost certainly alone.

First of all, Grothendieck seemed to have been either historicaly lazy or dishonest, for over the past fourteen years alone, there has been an explosion of scholarly studies on the events leading up to Nazi Germany. And the bad news is that those studies are not in Grothendieck’s favor.

For example, Albert S. Lindemann’s Esau’s Tears: Modern Anti-Semitism and the Rise of the Jews methodically argues that “Anti-Semitism” is much more complex than what we have been told by the Holocaust establishment.

Goldhagen seems to have deliberately forged the evidence. When a number of scholars began to realize that he manipulated the sources, Goldhagen moved to something he probably knew best: he wanted to sue those scholars.[9]

“I am looking forward with pleasure to flogging the Germans and their leaders—Schleirmacher, Fichte, and the whole wretched Romantic school.”[10]

Moving on to 1902, a Viennese Jew by the name of Solomon Ehrmann envisioned a future in which “all of mankind will have been jewified and joined in union with the B’nai B’rith.”[11]

When that happens, “not only the B’nai B’rith but all of Judaism will have fulfilled its task.” According to Lindemann, for Ehrmann, “Jewification equaled enlightenment.”[12]

Then moving on to the early 1930s, Berlin was virtually transformed into a whore city. We know for certain that the Dreadful Few were largely responsible for this,[13] and it is quite sad that Grothendieck did not delve into the past to discover those complex historical facts.

Lastly, Grothendieck could not say in good conscience that he was fighting for a good cause precisely because he seemed to have excluded other historical suffering in his ideological analysis. Why did he not mention Stalin’s extermination? Did the peasants during the Soviet reign deserve to die and face starvation by the millions?

The Bolshevik crimes were so horrible that Winston Churchill, a flaming Zionist who “was all his life a bundle of contradictions”[14] and who previously supported Stalin wholeheartedly in order to literally eradicate the Germans during World War II, finally wrote a note to Republican Senator Styles Bridges urging him to,

“The FBI document shows Churchill’s belligerence towards Britain’s former wartime ally ran so deep that he was prepared to tolerate the deaths of hundreds of thousands of Soviet civilians in a nuclear strike.”[15]

If Grothendieck had some serious moral backbone and clarity, he would have looked at all the major pain and suffering committed in the twentieth century and realized that he was just one star in the midst of a billion galaxies.

In short, I am not quite confident that Grothendieck passed the historical and moral examination. He should never have abandoned mathematics for social justice.