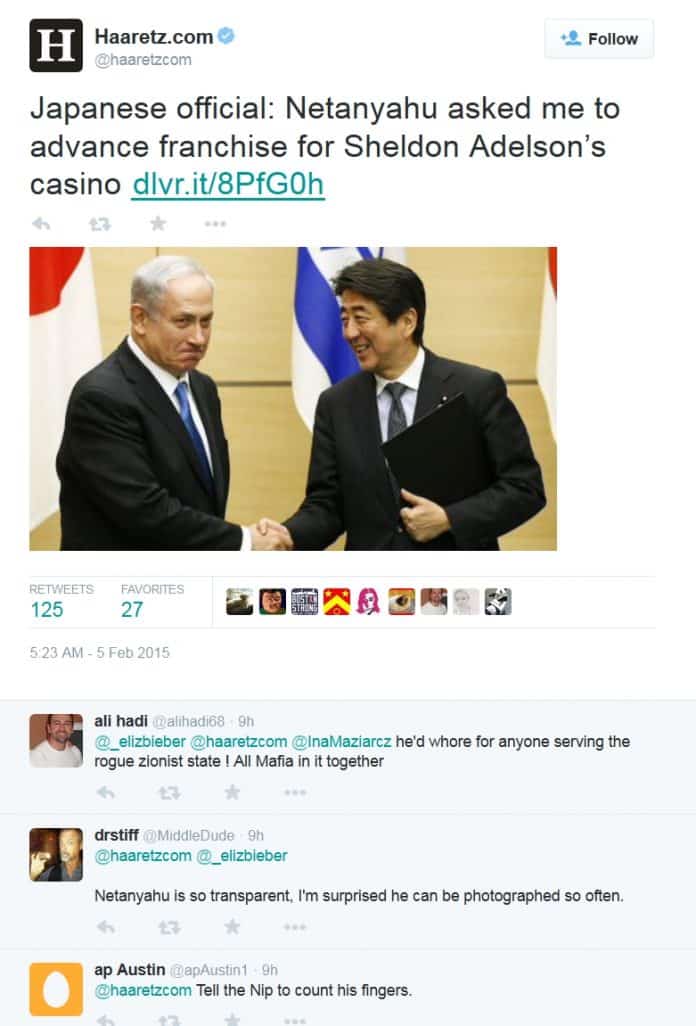 Report, denied by PM’s office, claims he approached a senior Japanese official while on official visit

Israeli Prime Minister Benjamin Netanyahu last year approached a senior Japanese official, urging him to promote the legalization of games of chance in the country, in order to help his powerful backer Sheldon Adelson launch his casino franchise in Japan, the Israeli daily Haaretz reported Thursday.

The casino tycoon, one of the world’s ten richest people, seeks venturing into the untapped territory of the gambling-starved country, the report claims.

The Prime Minister’s Office issued a statement denying the report. 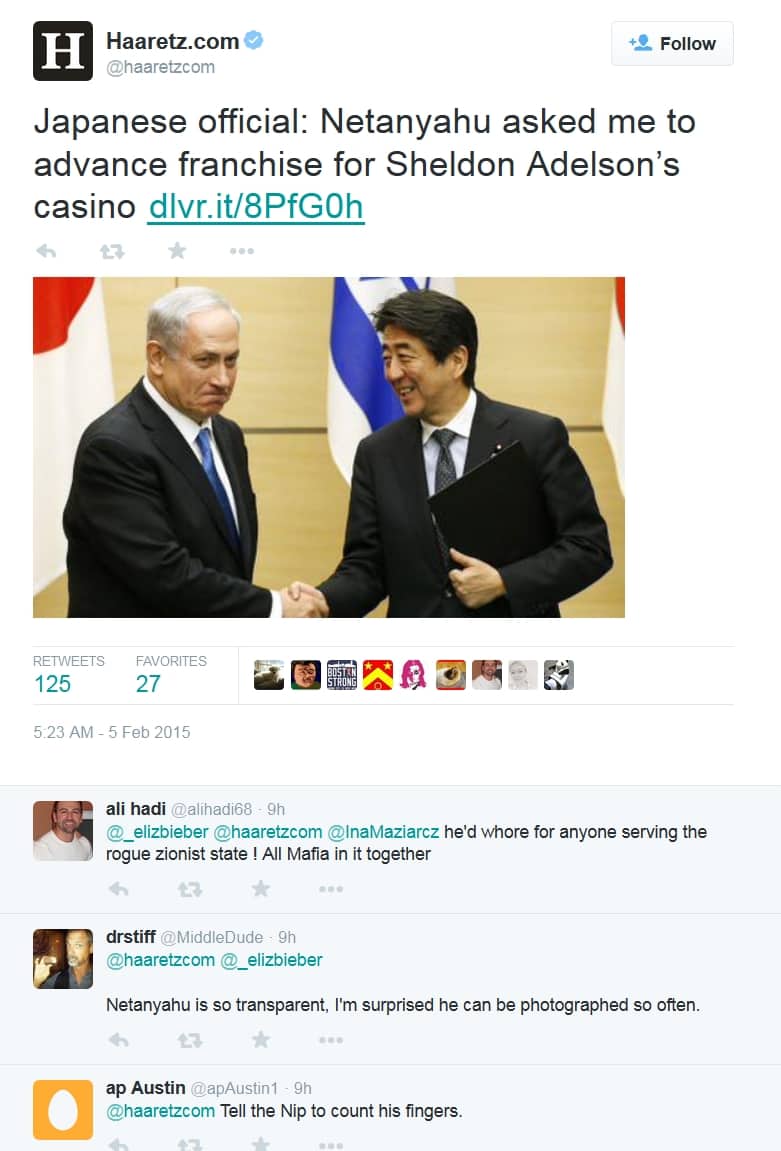 Adelson, reportedly a close friend of Netanyahu, is the publisher of Israeli free daily newspaper Israel Hayom, whose editorial line is defined by an often uncritical devotion to the hawkish leader, to the point it’s been dubbed “Pravdaesque” and accused of compromising the foundations of Israeli democracy.

Netanyahu spoke to the unnamed official in May of last year while on a tour of Japan, which he undertook to boost the ties between the two countries in the fields of commerce and high-tech, according to Haaretz. The official was “shocked” with the approach and rejected it offhand; he later revealed the nature of his private conversation with the Israeli leader to his colleagues.

Sheldon owns Las Vegas Sands, the world’s biggest casino operator. In late 2013 he dropped plans to invest over $30 billion in a mega-resort that promised 260,000 jobs for Spain, where one in four people are unemployed, and would focus on Asia instead.

He stated that instead of recession-hit Spain, the franchise will “continue aggressive pursuit of opportunities in Asia,” where it operates properties in Singapore and Macao.

“Right now our focus is on encouraging Asian countries, like Japan and Korea, to dramatically enhance their tourism offering through the development of integrated resorts there,” he further added.