Home Government In These Very Moments, The Protocols Are Being Rewritten 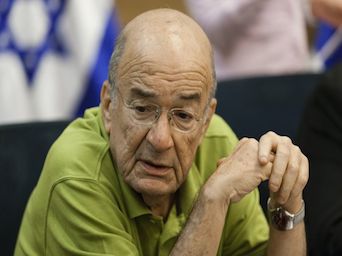 For many years my detractors have pointed at the following quote as evidence of my anti Jewish sentiments:

“American Jewry makes any debate on whether the ‘Protocols of the Elders of Zion’ are an authentic document or a forgery irrelevant. American Jews do control the world.”

Both Zionists as well as anti Zionist Zionists cling to this quote as evidence that my ideas are ‘anti Semitic’.  As if Jewish power and dominance is a product of my sick imagination.

In the article on antisemitism that was published back in December 2003 I presented an extensive list of Zionist Jews in Bush Administration. I also pointed out that “in Clinton’s administration the situation was even worse. Even though the Jews only make up 1.9 per cent of the country’s population,  an astounding 56 per cent of Clinton’s appointees were Jews.”  I tried to warn Jews that their excessive power is dangerous for our universe as well as Jewry.

I have never retracted or apologised for statements of what I believed and still believe to be the truth. It is not a secret that with time, many scholars have supported my position. In 2006 Mearsheimer and Walt published their book on The Israeli Lobby.

45% of the Brits are regarded by the Jewish leaders as ‘antisemites’ because the Brits acknowledged in response to survey questions that Jews enjoy extensive power in media, politics and finance.

For 12 years I’ve been accused of being an ‘antisemite’ for stating the obvious – the question of whether the ‘Protocols of the Elders of Zion’ is an authentic document or a forgery is irrelevant. Jewish power in media, finance and politics is immense and devastatingly dangerous.

Today, Yossi Sarid, the Israeli light Zionist veteran politician agreed with my position. This is what he wrote in Haaretz:

“In these very moments, the protocols are being rewritten. Rich Jews are writing them in their own handwriting. They, in their wealth, are confirming with their own signatures what anti-Semites used to slander them with in days gone by: We, the elders of Zion, pull the strings of Congress, and the congressmen are nothing but marionettes who do our will. If they don’t understand our words, they’ll understand our threats. And if in the past, we ran the show from behind the scenes, now we’re doing it openly, from center stage. And if you forget our donations, the wellspring will run dry.”

One question remains, is telling the truth about Jewish power Antisemitism?

My answer is unequivocal. No it isn’t, truth is liberation.