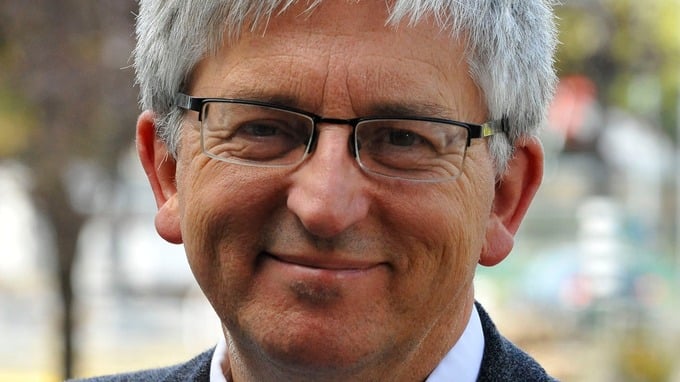 The Rev Stephen Sizer is an outspoken priest in leafy Surrey, England. He has a long history of standing against the Israeli regime, its policies and its sheer nastiness.

No problem with that, except his tendency to go a little over the top on occasion can be irritating to more moderate campaigners.

In 2012/13 the Church of England agreed to a “process of conciliation” between Sizer and the unsmiling Board of Deputies of British Jews, who fume over his remarks.

Then, last year, the Board of Deputies demanded an investigation by the Church into why Sizer attended a conference in Iran which included the showing of a video of the anti-Zionist French comedian Dieudonne.

Jonathan Arkush, Vice President of the Board of Deputies, said: “His appearance at a conference sponsored by a regime that actively persecutes Christians and other minorities is inexplicable…”

I love the cheeky accusation that Iran persecutes Christians etc, as if their beloved Israel is squeaky clean on that score, don’t you?

“The Iranian Government denies the Holocaust and openly calls for the destruction of Israel, which is tantamount to bringing about another Holocaust,” Arkush continued. “Rev Sizer’s participation might be seen as lending pseudo credence to an event whose premise is clear from its programme: to lay blame on Israel and Jews for the world’s ills, including, it would seem, 9/11. The Church of England should investigate why one of its ministers deemed it appropriate to take part in an anti-Semitic hate-fest.”

Why the Church didn’t tell the Board, politely, to mind their own business isn’t explained.

In the latest episode of this soap opera, Sizer has just had his knuckles rapped, and his wings clipped, in an alarming over-reaction by his bishop. He posted a link on Facebook to an article entitled “9/11 Israel did it” saying it “raises so many questions” that he was “encouraging debate” about “serious allegations”. He added that he couldn’t be sure Israel was not behind the great atrocity in 2001 in the US.

We’re not told, bit I’m guessing the link was to the 800 Hundred Pound Gorilla website https://ehpg.wordpress.com/israel-did-911/ .

You bet 9-11 raises questions, especially when there’s no reason to believe the official story. But if Sizer wanted to bring it up (and as a truthseeker why shouldn’t he?) he ought to have known it would send the Zios ballistic and he’d need be ready with a barrow-load of 9-11 research material and articles like http://www.veteranstoday.com/2015/02/08/the-dark-minds-of-the-911-conspirators/ to throw at them as soon as they began foaming at the mouth. He also should have waited a few days because the Zios have no sense of humour at the best of times and especially during the Holocaust memorial season.

But the real shocker turns out to be Sizer’s boss, the Bishop of Guildford. He put out a statement saying Sizer had “demonstrated appallingly poor judgement in the material he has chosen to disseminate, particularly via social media, some of which is clearly anti-Semitic”. http://www.cofeguildford.org.uk/whats-on/news/detail/2015/02/09/statement-on-the-revd-stephen-sizer-by-the-bishop-of-guildford He said the suggestion that Israel may have been complicit in the events of 9/11 was “ridiculous” and his “increasingly undisciplined commitment to an anti-Zionist agenda” had become a liability.

Ridiculous? How can the bishop be so sure? He should at least acquaint himself with the Top Ten Questions http://www.garlicandgrass.org/issue6/Update_TopTenQuestions.cfm We may see him eat his words when the truth is finally known.

The poor priest has had to face the Church’s Inquisition, make a grovelling apology to the Jewish community and sign a written undertaking virtually castrating himself. All very reminiscent of Liberal Democrat MP David Ward who underwent humiliating ‘re-education’ for similar language indiscretions because craven party leaders had no balls.

Apparently under duress Sizer has solemnly promised his bishop he’ll “refrain entirely from writing or speaking on any theme that relates, either directly or indirectly, to the current situation in the Middle East or to its historical backdrop.”

So let’s get this straight. A Christian priest is gagged. He mustn’t mention in his ministry what’s going on in the Holy Land or the historical roots of the struggle, and say nothing about the persecution of Christian communities in the cradle of Christianity which is to him and the rest of Christendom the very source of inspiration for Christian teaching. So he’s barred from bearing witness to the crushing evil that stalks the holy places…

And we all know how important “bearing witness” is to a true man of God.

Or maybe it isn’t any more. Things once thought right and proper are discarded as we slide further into the swamp of moral decay.

So Sizer, after doing so much to open up the can of worms that is Zionist power, is hors de combat (for the time-being).

The bishop announced: “The Diocese of Guildford has been in contact with the Board of Deputies of British Jews throughout this matter. Most importantly of all, I am hugely sorry for the hurt which has been caused to members of the Jewish Community.” Good grief, is he responsible to God or a bunch of complainers who support and promote a belligerent foreign power?

Aggravation invariably arises from the expectation that everyone snaps to attention and salutes the Jewish holocaust and no other. The bishop should perhaps remind himself of what Howard Zinn, writing in 1999, had to say about holocausts more generally:

“To remember what happened to Jews served no important purpose unless it aroused indignation, anger, action against all atrocities, anywhere in the world.”

Zinn went on to say:

“There have been the massacres of Rwanda, and the starvation in Somalia, with our government watching and doing nothing. There were the death squads in Latin America, and the decimation of the population of East Timor, with our government actively collaborating. Our church-going Christian presidents, so pious in their references to the genocide against the Jews, kept supplying the instruments of death to the perpetrators of other genocides…

“We must atone for our allowing the Jewish Holocaust to happen by refusing to allow similar atrocities to take place now—yes, to use the Day of Atonement not to pray for the dead but to act for the living, to rescue those about to die. ”

Since 1999 much, much more has happened clearly showing that we – correction, our leaders – have still learned nothing from the numerous holocausts, even the Jewish one. Twenty-six bishops sit on their backsides in the House of Lords. When do they ever get up “to act for the living” and loudly demand we rescue those about to die?

In his letter of contrition Sizer tells his bishop: “I am grateful for your forbearance in allowing me to continue my work within the parish. I agree that any ministry outside the parish should be subject to consultation with the Archdeacon and the churchwardens. I promise that I will stay within both the letter and the spirit of this undertaking, and – should I break it at any point while serving in any post in the diocese – will offer you my resignation.

“I understand that this undertaking will need to be made public, and am content that it should be so.”

And making it public reveals how weak and wobbly they both are. How can Sizer, in all conscience, continue his priestly ministry on such crap terms? As for the bishop, newly minted and still shiny from promotion, one wonders if he has ever visited the Holy Land to see, feel and smell the cruel stench of the occupation up close and personal. To his credit, however, his Lent appeal goes to support the Al Ahli hospital in Gaza.

Academics say sending children to the Naughty Corner breaches their human rights. Isn’t it the same for priests?