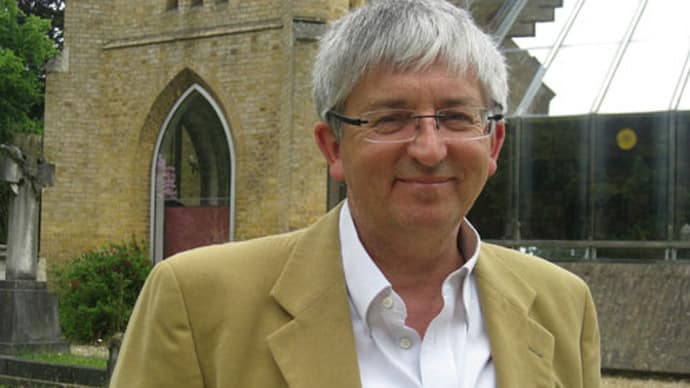 What happened to Stephen Sizer was foul play and intolerable.

Sizer was treated with maximum disrespect, publicly hauled over the coals, had his Facebook confiscated and was forced to make a groveling apology to the usual pack of snarling Zios. His crime? He dared to start a discussion on social media linking to an article entitled ’9/11 Israel did it’ (presumably this site https://wikispooks.com/wiki/9-11/Israel_did_it ). He asked whether Jews might have been responsible, seeing as so many questions remain unanswered and so few people believe the official story.

Not to mention the ‘cui bono?’ test.

Sizer’s boss, the Bishop of Guildford, broadcast across the media that Stephen had “demonstrated appallingly poor judgement” and some of the material disseminated was “clearly anti-Semitic”. http://www.cofeguildford.org.uk/whats-on/news/detail/2015/02/09/statement-on-the-revd-stephen-sizer-by-the-bishop-of-guildford He also said the suggestion that Israel may have been complicit in the events of 9/11 was “ridiculous” and Sizer’s “undisciplined commitment to an anti-Zionist agenda” had become a liability.

Ridiculous? Until the truth is established who is to say that Mossad or the Neo-cons had nothing to do with it?

Sizer had to promise his bishop he’ll “refrain entirely from writing or speaking on any theme that relates, either directly or indirectly, to the current situation in the Middle East or to its historical backdrop.”

In other words he’s gagged, prevented from bearing witness to the evil that stalks the Holy Land and unable to discuss the causes of the appalling decades-long injustice there.

What made the Church of England turn on one of its brighter priests like that?

Ever heard of the CMJ (the Church’s Ministry among Jewish People)? Neither had I until I read in my local parish magazine that the CMJ’s Director of Advocacy was coming to talk to a local Church of England study group about “God’s purpose for the Jewish people and Great Britain’s involvement in the formation of modern Israel”.

It turns out that the CMJ has a proud 200-year history and is “propelled by devotion to God and the fulfilment of His promises to His people Israel”. And in its statement of faith the CMJ says Christians have “a special responsibility to love, defend and share the Gospel with God’s historic, chosen People, the Jews”.

As for the CMJ’s attitude to the Israel-Palestine struggle…

Good. So any claim to being God’s “chosen ones” is bollox?

Their return is achieved by ethnically cleansing the Holy Land, expelling the Arabs (whom God loves equally), slaughtering those who resist, and trashing just about all of God’s commandments. Jesus is really going to love that when He arrives.

The Palestinians and other Arab nations were not even consulted about their land being given away. Why should anyone “regret” their understandable rejection of such an outrage?

So God’s purpose is to turn the Holy Land into a racist state? If CMJ recognises the UN’s partition shouldn’t it also accept the borders on which it was based? To do otherwise only serves to legitimise Israel’s continuing land-grab and rampant criminality. But that’s what this is all about, isn’t it… providing pseudo-religious cover for Zionist entity’s iniquitous political ambitions, including permanent occupation of territory that isn’t theirs?

How can God dispense justice or peace to the Palestinians when their lands and people remain under illegal, brutal occupation by His Chosen Ones?

Hardly a balanced view. Palestinians suffer oppression and humiliation all the damned time! Their homes were stolen and bulldozed at gunpoint, and it’s still happening. Israel’s safe homeland was (and still is, legally speaking) the homeland of expelled Palestinians who now languish wretchedly in refugee camps. Palestinian infrastructure, much of it paid for by the British taxpayer, is regularly destroyed by Israel. Their economy is strangled by blockade and military occupation. The Palestinian Authority is a tool of Israel and its Western allies and was forced on the Palestinians. CMJ is perverse in failing to understand who the terrorists actually are.

If left in the peace God desires, the Palestinians would have prospered like other nations and been a burden to nobody.

Zionist doctrine is “a false teaching that corrupts the biblical message”

Wikipedia observes: “CMJ has always adopted a Zionist position, and expressed the view that the Jewish people deserved a state in the Holy Land decades before Zionism began as a movement.”

Sizer himself has pointed out that encouraging Jewish people to move to Eretz Israel, including the Occupied Territories, is an important aspect of CMJ policy. If that is true, CMJ would do well to consider whether its role makes it an accessory to war crimes.

CMJ is also accused of propagating Zionism rather than Christianity.

Question: What on earth is the CofE doing, allowing these dangerous fanatics to warp the minds of the Church’s study groups?

Answer: The CMJ is an official mission agency of the Church of England.

So is this the CofE’s official Zionist wing? Has the CofE, for all intents and purposes, become the CofZee? And what possessed church leaders, in the first place, to think that a mission to Jewish people was appropriate in a Christian church? Furthermore, do local parish study groups (and all the other targeted groups) know enough about the facts on the ground – which Stephen Sizer, if still allowed to speak, would gladly explain to them – to challenge the tripe trotted out by CMJ?

That comes from genuine churchmen working in the front line against armed Zio-thugs whose vicious day-to-day persecution of the Christian and Muslim communities in the Holy Land makes anti-semitism in the UK seem innocuous.

And there’s another likely reason why the Church put the boot into Sizer. The increasing number of inter-faith committees and Christian-Jewish councils have made it easy for the Zionist lobby to meddle in Church affairs.

Rowan Williams, throughout his time on the Archbishop’s throne, was mad-keen on inter-faith dialogue, for what good it ever did, and spent an inordinate amount of time with Chief Rabbi Sacks. The Jerusalem Post suggested the chief rabbi had “in some respects eclipsed the archbishop as the religious voice of the country”.

Williams’ replacement, Justin Welby, was touted as an expert in conflict resolution but is not known for his concern about the Holy Land. The Jewish Chronicle reported that Welby, prior to his appointment to the top job, helped mount a Holocaust Memorial Day exhibition in Liverpool Cathedral and abstained in the Synod vote to endorse the EAPPI (Ecumenical Accompaniment Programme in Palestine and Israel).

EAPPI was set up by the World Council of Churches in response to a call by the churches of Jerusalem. It brings internationals to the West Bank to experience life under occupation, and Ecumenical Accompaniers (EAs) provide a protective presence to vulnerable communities, monitor and report human rights abuses and support Palestinians and Israelis working together for peace. When they return home they campaign for a just and peaceful resolution to the conflict through an end to the occupation, respect for international law and implementation of UN resolutions. This doesn’t suit the Zios at all.

Anyone who cannot bring himself to give wholehearted backing to a worthy humanitarian project like EAPPI shouldn’t be leading a great Christian church, in my opinion.

As regards Sizer, Welby seemed to relish giving the knife an extra twist.“I was utterly dismayed, deeply ashamed and totally appalled that such a link should be made to a website of the sort he did,” he told the BBC. “I’m very glad there has been a statement from the Diocese of Guildford in which he’s undertaken never to comment on Middle East affairs in any way.” Why are such people rush to pre-judge? He’d best save his shame, if he has any left, for the possibility that he’s wrong about 9/11.

“None of us has a ‘God’s-eye view’. It behoves all people, including politicians, church leaders and opinion formers, to ‘think it possible that you may be mistaken’ – to use the words of Oliver Cromwell.” This advice is from a 52-page letter just released by a group of Anglican bishops warning that people feel detached from politics and calling for a new moral vision. The letter was written on behalf of the House of Bishops which includes Guildford and Canterbury.

CMJ had nothing friendly to say either: “Dr. Sizer raises serious questions about whether his occupations and habits befit his calling as a Clerk in Holy Orders… CMJ will continue to oppose his theology, and will do all in its power to counter the momentum created by his teaching.”

It seems Stephen Sizer has reached an important moment in his life. He could renounce his promise made under duress, throw off the chains of silence and stick two fingers up at the Church authorities. If the Church of England has become Zionism’s bitch, it needs help. And a powerful purgative. Who is going to administer it?