Home Life The Meaning of Bibi 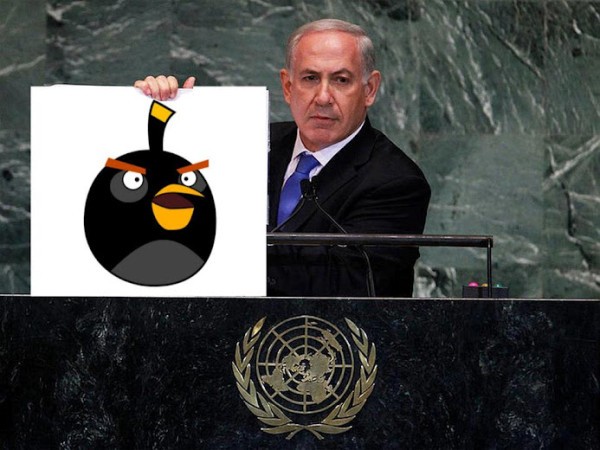 Benjamin Netanyahu is different; he is the total manifestation of all such symptoms. He brings to light everything despicable in Israel and in Jewish politics.

He is the epitome of everything we reject in Jewish ID politics, Zionism as well as ‘anti’. Bibi publicly imposes himself on America, its people, the American Congress and the Obama administration. Bibi blatantly interferes in American strategic and national security interests. And he gets away with it.

If anti-Semitism is defined as the Goyim’s reaction to Jewish misbehavior, Benjamin Netanyahu provides us with an incredible opportunity to observe such transgressions in action. Though Bibi’s misconduct is obvious to most Jewish commentators, the entire Jewish world has failed to prevent him from proceeding with his disastrous Congressional address.

This is a devastating omen for the Jews. Jews as an ethnic and ideological collective lack the means to restrain itself and its destructive powers from within. This may help to explain why the Jewish past can be construed as a chain of Shoahs.

This failure to police its own also suggests that the answer to the Jewish question is anything but collective. If Jews want to save themselves from the fate imposed on them by other dangerous prominent Jews, they better find an individual route out of choseness.