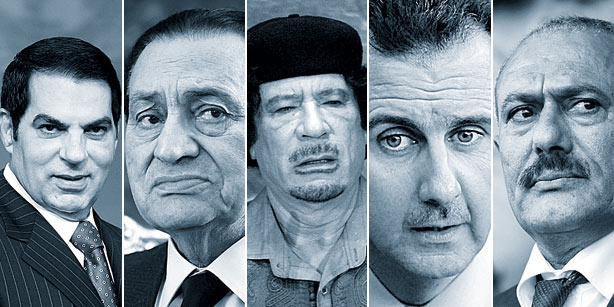 Over the last several decades the Arabs and the Arab World (more than Arabs; it is Amazighs, Kurds, Armenians, Circassians among others. The Arab World is Muslims, Christians and Jews) have experienced constants conflicts and wars. Wars from within and wars with other countries, mainly Israel and Iran.

Jordan, Iraq, Syria, Lebanon, Yemen, Libya, Sudan, Algeria, Morocco all have experienced armed conflicts at one time or another with hundreds of billions if not trillions going to fund these wars, some a matter of choice others imposed. Over the last 4 years the Arab Spring countries, perhaps with the exception of Tunisia, are in constant conflicts even civil wars making things even worst than before the uprising. Wars declared by the ruling dictatorial regimes against their own people for wanting freedom and democracy.

Wars declared by those who claim to have defeated dictatorship only to impose their own brand of dictatorship. The Deep State is alive and well.

The people, whether in Yemen, Syria Iraq, Libya or Sudan are not asking for heaven on earth, but only asking for a decent life. A life of respect and dignity guaranteed by a constitution and institutional government and not at the discretion, dispensing favors/Ekramiat, a ruler deems himself God representative on earth.

The people are asking for nothing more than a decent respectable life, free from wants, a decent housing, decent health care, affordable public transportation, decent “intelligent” and “stupid” bureaucracy that does not humiliate citizens every day force them into corruption. A police that serve them and protect and not abuse, harm even kills them.

They are not asking for the ideal democracy of Switzerland or Sweden, but the basic right to vote in free elections, to elect their own representative free and at will, with term limits for leadership and not life tenure only to pass on to their heirs.

Nothing of the sort. They are asking for transparency and accountability in government, equality of opportunity and limits on looting, graphs and corruptions. I know it is too difficult to teach old dogs new tricks when, for years, politicians, government officials and bureaucrats, been looting treasury and citizens at will, where nepotism opened the doors of the bureaucracy wide open.

The people are not asking government officials to ride bicycles to their work to take the metro. But only asking that ministers or high government officials have one government car, not fleet of cars for the baby sister or wives or mother in laws or mistresses or servant. One driver and not a dozens of servants assigned to clean house, do the dishes, cook, do the laundry. Soldiers should never be house servants.

They are asking for decent public schools, quality schools where poor kids can have the same quality educations as the rich kids. Where brains not connections and nepotism open the doors to seats in universities and colleges and to future life.

Really when you think about it, Arab public demands are modest indeed. Transparency and public accountability, limits on the abuse of government and violations of civil and human rights, where thieves, those looting public funds or public organizations, retirement funds, public agencies, or those who took hundreds of millions if not billions in commissions whether from defense contractors or from public projects or agencies are not only held accountable but made to pay back the money they looted.

They are only saying, enough is enough. Public officials should satisfy themselves with their government salaries and benefits and do not make private arrangement to take over public lands on the cheap only to sell it and make millions as it happens all over the Arab World.

The people are simply tired of a one party state, where the party becomes the state, owning every thing even the body and sole of people. They are simply tired of the police state, a state that police the people but never police its self, its bureaucracy or its officials.

Tired of a “parliament” that is an insult to the intelligence of people. Made up of rich illiterates or business people who looted the banks and country and who bought their seats in the open bazaar. One has to question is there one parliament that is truly representative of the people?

Tired of having an illiterate stupid official with an (IQ of -1) representing “mokhabarat” or intelligence services comes to the home uninvited and takes away citizens, who may never come back.

They are asking for a representative government. A government of the people by the people and for the people. Not a parliament chosen by the head of state convenes at the wish of the president and only to fulfill his wishes of having his son anointed as the next president.

A parliament that has nothing to say about going to wars. A Parliament that can impeach a sitting president for serious crimes, misfeasance and malfeasance, not suspended indefinitely by heads of state. .

The people are simply tired of ‘referendum” on “constitutions” they could never understand, let alone having read in detail. Tired of having to vote in “ referendum” giving the sitting president another life tenure winning 99.999% of the vote.

Saddam set the record on October 16, 2002 when all 11,445,638 registered Iraqi voters voted “yes” for Saddam. Perhaps Republican can use some Iraqi experience in getting these numbers in the next election. The people are simply tired of having “Israel” as the permanent excuses for perpetual failings, for corruption, for incompetence for dictatorship in the name of “steadfastness”.

Is it too much to ask? Is there a need for civil war, destroying country and people declared by government against its own people? Is there a need for people to take up arms to achieve these modest demands and rights? Why should people pay the price because of one man?