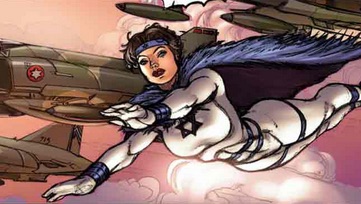 Israeli polls predict that Netanyahu’s Likud party will be wiped out in the upcoming Israeli election, with only about 20 mandates out of 120; but British Jews are all for Netanyahu and his hawkish party.

An exclusive poll for the JC this weekend revealed that two thirds of British Jews who have a view on the Israeli election would vote for Prime Minister Benjamin Netanyahu. Asked who they would support if they could vote in next week’s ballot, 67 per cent of those with an opinion said they would choose Mr. Netanyahu’s centre-right Likud. Just 22 per cent would vote for the Zionist Union, led by Labour leader Isaac Herzog.

In contradiction to Left and progressive Jewish voices who insist that Diaspora Jews are drifting away from Zionism and Israel’s support; Diaspora Jews are more Zionised and Right wing than ever. If anything, it is the Israelis who are giving up on the nationalist ethos. Statistics reveal that they are motivated in their political choices more by social matters than the Israeli/Palestinian conflict.

This interesting division of opinion between the ‘Diaspora’ and the ‘Israeli’ points at the depth of escapism that is seemingly intrinsic to Jewish Identity politics, ideology and culture. As Israel enters the end zone, admitting to itself that it doesn’t posses the answers to the political stalemate nor has it the means to counter Islamic militancy, the vast majority of Israelis prefer to close their eyes and pretend that the conflict is just a secondary issue. They punish Netanyahu for his colossal failings on social matters. They want wealth to be spread equally.

But Diaspora Jews, as the JC poll reveals, seem to hold the opposite line of thought. They regard Israel as their sanctuary. They want Israel to be a mighty sealed Jewish ghetto. They want to be surrounded by walls and protected by the best army in the world. The results of the current JC poll are consistent with the result of another recent poll that found that the majority of British Jews do not see a future in Europe. For the British or the Diaspora Jew, a strong Israel is the fulfillment of their Identity and a reflection of their failure to assimilate. They want Israel to be aggressive and exclusivist. They want Israel to be strong and they want Netanyahu to punish the Palestinians on their behalf believing foolishly that such an approach would make Israel a safe place for the Jews.

This helps to explain why Netanyahu’s Congress address didn’t impress the Israelis. He apparently lost 20% of his voters following the address: but it certainly appealed many Diaspora Jews as the JC’s poll reveals.

The inevitable conclusion is pretty devastating. The recent election polls reveal that Jews, at large, are very unhappy wherever they are. Again we see a counter flow of aspiration between Eretz Yisrael and the Diaspora. The British, the French and the American Jew remained thrilled by the idea of ‘homecoming’ while the impoverished Israeli would be pleased to escape the doomed Middle Eastern Ghetto at the first opportunity. I guess that, in spite of Zionism,  wandering is still a constant factor in Jewish culture and politics.