Home WarZone USS Laffey – The ship that would not die 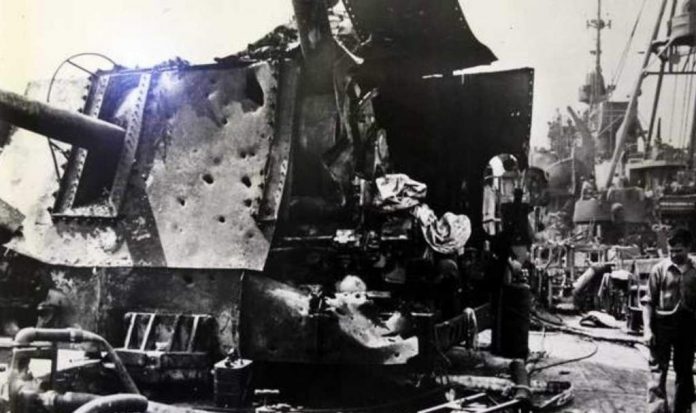 The USS Laffey was on picket duty off Okinawa when, during an 80-minute air sea battle, it was attacked by 22 kamikaze planes. Six struck the ship, along with four bombs, killing 26 of the crew, in addition to the 6 in the gun turret, which took a direct hit by one of the planes.

You are about to watch the footage from a camera mounted on that gun, for a point of view perspective. It is a rare treat to see inside the gun turret action of an historic battle like this. And as so often happens, it was in my email when I got back from my two-mile walk on a balmy evening in Atlanta.

I also learned, to my surprise, that the crews in these guns could hand load and fire up to 22 rounds a minute — something on which I would have lost a bet if someone that hooked me to give it a go. We will never forget them.