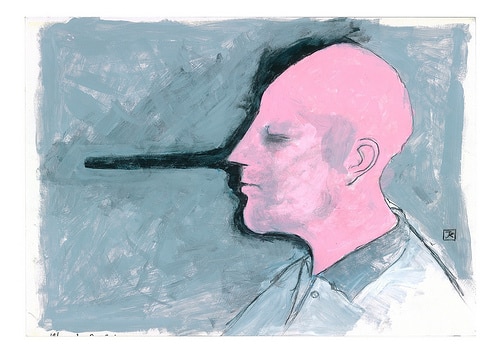 I have never met Jeff Halper. What I know about him is that he is an American Jew who settled on Palestinian land but opposes Israeli house demolition.

Halper appears to be a participant in the Zionist project while at the same time opposing the measures that have been implemented to sustain that plunderous project.

Halper’s moral discrepancy shouldn’t take us by surprise, he is far from alone. This behavioural mode is symptomatic of Jewish Left thinking in general and the Jewish anti Zionist call in particular. Instead of presenting a genuine ethical argument, the Jewish Left is a desperate attempt to convey an ‘image’ of Jewish moral awareness. Instead of being ethical they mimic a true ethical argument.

In the last few years, Mondoweiss has become the home for this Hasbara operation. It enthusiastically promotes Judeo-centric half-baked thoughts and comments that are designed to divert attention away from the Jewishness that drives the Jewish State and its lobby.

Three years ago Mondoweiss went so far as to ban discussion on the role of Jewish culture and religion in relation to politics. The ‘progressive’ site changed its comment policy, the site’s editorial wrote, “from here on out, the Mondoweiss comment section will no longer serve as a forum to pillory Jewish culture and religion as the driving factors in Israeli and US policy.” As if by banning the discussion, they could influence reality.

Jeff Halper’s commentary on the recent Israeli election is an exemplary case of deceptive left analysis. Halper revealed to the Mondoweiss crowd that “finally the fig-leaf that allowed even liberal Israeli apologists to argue that the two-state solution is still possible has been removed.”

As if we needed Halper or Netanyahu’s election in order to grasp that Israel has been one-state dominated by supremacist tribal ideology.  But then Halper dropped a prophetic statement of false reassurance.  “We are finally free to move on to a genuine and just solution.”

I am puzzled, who is ‘we’ exactly? Who is ‘free’ to move? And what is a ‘genuine and just solution’ according to Halper?  Knowing that not a single Jewish Knesset member supports the right of return, what makes Halper convinced that justice is on the way?

Halper outlines his vision of a ‘just peace’ a few lines below, ”Israel has left us with only one way out: to transform that state into a democratic state of equal rights for all of its citizens. In addition to ensuring its population’s individual civil rights, it must also ensure the collective rights of each of the country’s national groups: Palestinian Arabs and Israeli Jews.”

This is the deception. He fails to address the Palestinian cause or the refugees. The American Jew settler who returned to his ‘promised land’ thanks to the racist Israeli law of return, is preaching ‘justice’ but neglecting the elementary right of the indigenous people of the land to return to their homes, villages, fields and orchards.

I guess that when Halper referred to a ‘just solution’ he must have had a kosher one in mind. More concerning is the fact that Halper deceives his readers. He presents a phantasy as a political mantra. The election’s results clearly prove that there is no Jewish political party that advocates the transformation of Israel into a ‘State of it Citizens; ’ quite the opposite, Israel is likely to become more Jewish than ever.

But the Left Hasbara merchant continues; “Yet another fig-leaf dropped in this election as well, the notion that Israel is genuinely a democratic state.” Again, Halper is misleading: the last election in Israel was democratic and provided a true representation of Israeli society.

As such, it reflects the true nature of the Jewish state; Israel is racist, supremacist and intolerant. The democratic election in Israel reveals that the Jewish state is suffocated with Goy hatred and is dangerous to itself and to the rest of the universe.

In reflection of the democratic nature of its election, the third biggest party in Israel is an Arab party. This fact puts Israel far ahead of its ‘progressive’ Jewish anti Zionist opponents. The demography of the Israeli Knesset is more diverse than the leadership of JVP or Mondoweiss’ editorial board.  And interestingly enough, the only true Left universalist party in the Israel parliament is the United Arab party.

Reading Jeff Halper’s Mondoweiss commentary confirms what we have known for some time – the Jewish left does not provide a solution; it is actually the heart of the problem. It is delusional at best and consciously deceitful at worst. It is not surprising that the left has been eradicated in Israel; it had nothing to offer to either the Israelis or the Palestinians.

The ‘Jewish Left’ is an oxymoron – one can be either a universalist or tribal, one cannot be both. And while the progressive Mondoweiss bans discussion of the Jewishness of the Jewish state the previous Israeli cabinet passed the Israeli National Bill that defined Israel as the Jewish State.

The hard core Israeli hawks admit their tribalism and are motivated by the search for a home for their true Jewish nature and the meaning of Jewish politics while our imaginary Jewish ‘dove’ ‘allies’ invest their political energy in concealing what is obvious about a ‘Jewish’ state,’ its Jewishness and the role of that Jewishness in its politics.

I kindly advise Halper and Mondoweiss that with Netanyahu, Bennett and Lieberman leading the Jewish people in accordance to what they believe to be right and Jewish, the left can relax and take a back seat. It is manifestly time to move past this progressive Hasbara spin operation. Res Ipse Loquitor. We should let the truth speak for itself.