Home History The GI Revolt That Ended the Vietnam War 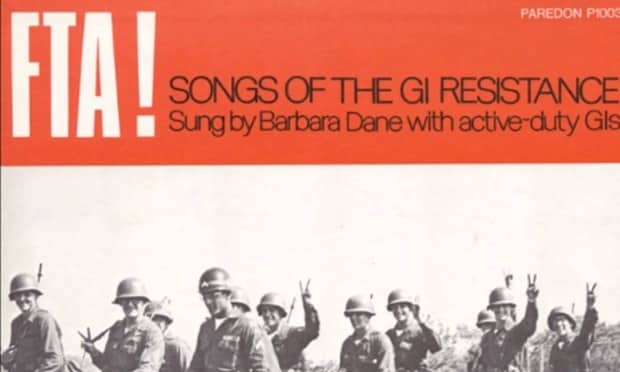 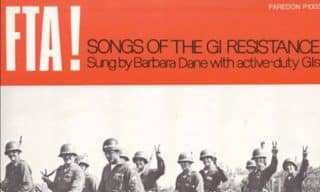 The 2005 documentary Sir, No Sir: the GI Revolt examines the GI resistance movement that effectively ended the Vietnam War. While it’s common to hear about fragging* incidents in Vietnam, you rarely hear about the vast GI anti-war movement built by three years of sustained organizing in barracks, on bases, battlefields and ships and at armed forces academies like West Point.

This documentary traces the origin of this GI resistance movement to the 1967 court martial of a dermatologist who refused to train Green Berets how to treat common skin conditions of Vietnamese civilians. Captain Howard Levy took this stand due to his personal conviction that the US torture and murder of Vietnamese civilians was immoral. Levy, who was court-martialed and sentenced to three years in prison, inspired hundreds of other GIs once they realized the US government was at war with the entire civilian population of Vietnam.

Levy’s court martial was followed by many others, as active duty GIs began organizing anti-war meetings and participating, in uniform, in civilian anti-war protests. Black GIs could be court-martialed for doing a soul handshake.

Word of the GI anti-war movement spread mainly through underground GI newspapers that sprang up on many bases. However GI coffee houses and Jane Fonda’s FTA (Fuck the Army) shows were also major organizing tools.

Civilian peace activists opened GI coffee houses near bases, where off duty GIs could listen to subversive rock music and get counseling, legal advice and accurate information about Vietnam and the anti-war movement. Although the FTA shows were also held off base, GIs attended in droves.

Refusing to Deploy Against US Civilians

In 1968, Fort Hood GIs newly returned from Vietnam were ordered to police the anti-war protests at the Chicago. Democratic Convention. After a group of black GIs met about refusing to deploy, they were beaten up by MPs and court martialed. The white “subversives” at Ft Hood (including one of my friends from high school) were treated more leniently. They were confined to base instead of being sent to Chicago.

In 1969 a thousand active duty GIs participated in an anti-war march at Fort Hood on Armed Forces Day. A year later 4,000 participated.

The Winter Soldier Conference the Vietnam Veterans Against the War organized in 1971 was the real turning point for the GI resistance movement. The purpose of the conference was to establish that the 1968 My Lai massacre wasn’t an isolated incident – that superior officers were ordering the deliberate targeting of civilians. Testimony at the Detroit conference also focused media attention on the government’s genocidal policies towards the Vietnamese. Specific examples included widespread use of the toxic defoliant Agent Orange and the deliberate reconfiguration of Napalm** to make it stick better.

Nixon Forced to “Vietnamize” the War

By 1971, so many GIs were refusing orders, fragging and killing officers and deserting that the Pentagon warned Nixon the military was on the verge of collapse. In response, the latter ordered the “Vietnamization” of the war. This would translate into a massive increase in aerial bombardment, as US troops withdrew, and the gradual transfer of combat duties to the South Vietnamese Army.

*Fragging is the murder or deliberate injury of members of the military, particularly commanders of a fighting unit. The term originates from the fragmentation grenades commonly used in these incidents.
**Napalm is a mixture of a gelling agent and petroleum or a similar fuel for use in an incendiary device. It was initially used against buildings and later primarily as an anti-personnel weapon, as it sticks to skin and causes severe burns when on fire.