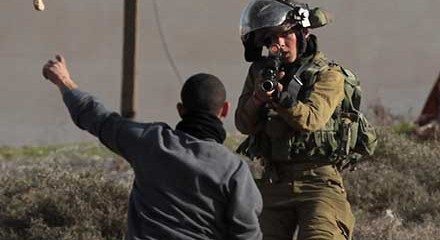 I am thrilled by the Zionist despair surrounding the Southampton University Conference on Israel’s legitimacy. The conference, due to take place next month, plans to examine the legality of Israel in the eye of international law.

British Jews are in state of panic and for good reason. They are facing a lose/lose situation. If the conference goes ahead, it may produce some dry academic papers regarding Israeli criminality; but if the conference is cancelled, it will establish clear evidence of the vindictive nature of the Jewish leadership and its crude interference with academic freedom and the British values of tolerance and diversity.

So, here is some good news. Their relentless struggle to cancel the conference clearly suggests that Jewish community leaders are not all opposed to cultural and academic boycotts as they have been proclaiming for a while. They are actually very enthusiastic about academic Herem (Boycott, Hebrew), they just don’t like to be the ones boycotted. The current Zionist campaign against an academic gathering has abrogated the Zionist ‘moral’ argument against the BDS. This doesn’t surprise me. I have been writing about Jewish Herem culture for years. Both Zionist culture and its so-called  ‘anti’ are equally intolerant of criticism. Moreover, Herem is deeply rooted in Jewish culture, ideology and heritage.  Spinoza, Uriel De Costa, and yours truly have been subjected to Herem, and now it is Southampton University’s turn.

Jewish community leaders have so far tried every trick in their book. The Telegraph reported yesterday that Mark Lewis, a prominent British lawyer, said: “he would think twice before hiring someone from the south coast university.” This is a typical unreasonable indiscriminate reaction against innocent students. Unfortunately, this is consistent with the indiscriminate lethal actions made by the Jewish State against innocent Palestinians. Mr. Lewis added: “This is a one-sided conference, not a debate.” Lewis is either misinformed or simply not telling the truth. I contacted the conference organiser and found out that Israeli and Zionist academics were invited to attend the conference. Not one bothered to reply. I suppose that Alan Dershowitz might have been a perfect Zionist candidate for the conference, but he is too busy clearing his name after being implicated in a vile sex scandal together with arch paedophile Jeffrey Epstein.

Critics of the conference, including the Board of Deputies of British Jews, a body that claims to represent British Jewry, insist that many of the speakers are known anti-Israel activists. Someone should remind the Board Of Deputies that opposing Israel is not exactly a crime, it is actually a universally accepted ethical standpoint.

The battle over the conference provides us with a precious glimpse into the manner in which Jewish lobbies in this country interfere with Britain’s academic curriculum. Mr. Lewis was foolish enough to admit that: “to his knowledge at least two major patrons of the university were considering withdrawing their financial support. One is a charitable foundation, the other a wealthy family.” His threat provides a clear and unmistakable message-if we want academia to be free, we must make sure that its funding is free of tribal interests.

Lewis said, “Southampton University is hosting a debate about Israel’s right to exist that would not be permissible about any other country. And by doing so it gives credence to anti-Semitic views.” Assuming that Lewis, himself a lawyer, was at some point enrolled in an academic institute, he should be educated enough to understand that ‘questioning legitimacy’ is different from challenging the ‘right to exist,’ and it is certainly different from questioning the right of its people to exist.  In case Lewis and the Board Of Deputies still don’t understand the issue, I offer my humble assistance with terminology: Israel defines itself as the ‘Jewish State.’ It is a state of one people that celebrates its national and racist symptoms at the expense of the indigenous population. This Jewish State has been committing war crimes in the name of the Jewish people. Hence, academic scrutiny of questions regarding its legitimacy is essential. Eric Pickles, the British Secretary of State for Communities

But the Jewish leaders are not alone in their battle. Eric Pickles, the British Secretary of State for Communities, called it a “one-sided diatribe.” He said: “There is a careful line between legitimate academic debate on international law and the actions of governments, and the far-left’s bashing of Israel which often descends into naked anti-Semitism.” The fact that a laughable character has become a minister in Britain is perhaps an optional subject for another academic conference. Still, I would expect at least one of Pickles’ advisors to explain to his boss that if he really wants to criticise the content of a given conference, the conference must be held first.

Tim Sluckin, professor of mathematics at the University and secretary of Southampton Hebrew Congregation, denounced the event, describing it as “a political meeting masquerading as academic activity.”  Prof Sluckin said: “Their purpose is to delegitimize Israel. This is not appropriate for a university. It makes me feel uncomfortable as a Jew, with Israeli family.” I would advise Professor Sluckin that ‘feeling uncomfortable as a Jew,’ is an appropriate ethical reaction to Israel’s actions and his comment actually proves that the conference is more than necessary.  Many more Jews should feel uncomfortable with Israel’s actions.

The Parkes Institute, a centre for the study of Jewish history based at Southampton University, has added its voice to the chorus of critics. Joachim Schlör, director of the Institute, produced a uniquely lame comment: “This event could potentially damage the spirit of dialogue and cooperation to which we are all committed.” One may wonder how can Schlör and his Jewish institute be “committed to dialogue” while demanding the cancellation of an academic gathering? And why exactly can’t a group of Jewish history academics engage in questions relating to the legitimacy of Israel? Schlör is obviously clueless about Judaism, Jewish history and cultural heritage. He should have been the first to see that questions regarding Israel’s legitimacy could be an ideal subject for lively Talmudic discussion.

The Jewish campaign seems to have been met with fierce academic resistance. In the last week over 700 academics from universities around the world have signed a statement in support of the University’s stance, saying that the themes of conference “are entirely legitimate subjects for debate and inquiry” and that to call for it to be scrapped is an attack on free speech and academic freedom.

So far the University is firm in its decision to go ahead with the conference, The University spokesman said: “We are committed to academic freedom, free speech and opportunities for staff and students to engage with a wide range of opinions.”

But as things stand, damage to the Jewish community and its reputation is immanent. This futile battle depicts British Jewry as opponents of academic freedom, free speech and British values. I wonder how long it will take British Jews to understand the harm inflicted on them by the Board Of Deputies.