Home World Netanyahu Needs to Turn Himself In 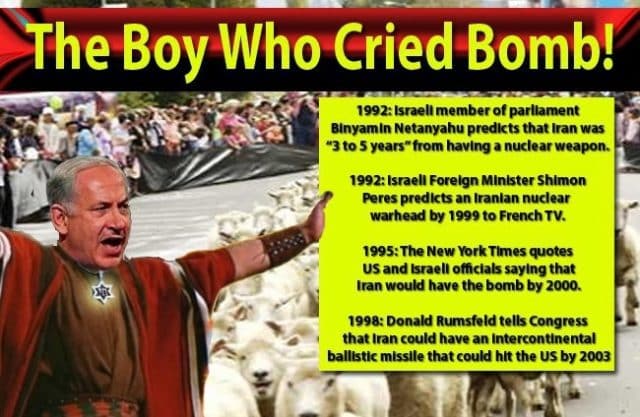 Netanyahu constantly lives in fear for the same reason a thief panics and trembles when he sees a policeman.

A typical thief actually knows that he is guilty. He knows that his conscience continuously reminds him that he is a criminal. In his subterranean mind, he knows that he deserves to be punished for his immoral actions. On many instances, he tries to rationalize his acts, but that does little to alleviate the guilt that he has.

Because we are all rational and moral creatures. From our perspective, we were created by a “super intellect,” to use the words of the late famous mathematician and astronomer Sir Fred Hoyle. This “super intellect,” Hoyle said, “has monkeyed with physics, as well as with chemistry and biology, and that there are no blind forces worth speaking about in nature.”[1]

Other astronomers and mathematicians like Robert Jastrow have come to similar conclusions, though some of those people are just afraid to follow their logical deduction all the way. In the last paragraph of his book God and the Astronomers, Jastrow wrote:

“For the scientist who has lived by his faith in the power of reason, the story ends like a bad dream. He has scaled the mountains of ignorance; he is about to conquer the highest peak; as he pulls himself to the final rock, he is greeted by a band of theologians who have been sitting there for centuries.”[2]

E. Michael Jones rightly says that this super intellect “behaves in ways that sometimes go beyond what human reason can comprehend but never in ways that contradict that reason.”[3] St. Paul adds that “in him we live, and move, and have our being.”

In short, metaphysical reason, the moral and political order and even aesthetic are rooted and grounded in this super intellect, who has imbued every single creature with the capacity to reason and to know and comprehend the moral order and act according to that order.

However, Talmudic Judaism has metaphysically and categorically rejected that moral and political order. This is one reason why people like Benjamin Netanyahu constantly live in fear and inevitably mimic the life of a psychopath. Once they take that illogical steps, their behavior become repugnant to all mankind. They begin to invent evil things, wicked things, and immoral things. Finally, they begin to inhabit a psychopathic character.

Keep also in mind that when psychopaths start imagining weird, crazy and unthinkable things, they start to panic. They start to build their own defense mechanism. They start to act irrationally and crazy. Netanyahu is no exception.

“Netanyahu said that he conveyed those fears to visiting American lawmakers, warning that the looming deal appears to ‘corroborate all our concerns and then some.’”

The psychopath from Tel Aviv has recently declared, “The dangerous accord which is being negotiated in Lausanne confirms our concerns and even worse.”

You see, psychopaths cannot go beyond their own inconsistency because they are blind. Their psychopathic thought does not allow them to see the obvious. Here is a man who hides hundreds upon hundreds of nuclear warheads in Tel Aviv,[4] and now he is desperately trying to stop the United States from having a meaningful and respectful dialogue with Iran.

The United Nations did help Netanyahu by saying that Israel, not Iran or North Korea or Syria, is the number one violator of human rights. In other words, Jimmy Carter was right: Israel is an apartheid state. And the psychopath who now rules over the apartheid state is Benjamin Netanyahu.

The psychopath was so immature that he sent his secret agents to spy on officials as soon as he realized that the Iran nuclear deal might not work in his favor.[5]

Meanwhile, it seemed that the Obama administration continues to give Netanyahu the finger. Netanyahu tried to humiliate the administration by going to Congress and deliver his Looney Tunes speech. Obama returned the favor by releasing documents with respect to Israel’s nuclear warheads. Here’s what one Israeli news report said,

“In a development that has largely been missed by mainstream media, the Pentagon early last month quietly declassified a Department of Defense top-secret document detailing Israel’s nuclear program, a highly covert topic that Israel has never formally announced to avoid a regional nuclear arms race, and which the US until now has respected by remaining silent.

“But by publishing the declassified document from 1987, the US reportedly breached the silent agreement to keep quiet on Israel’s nuclear powers for the first time ever, detailing the nuclear program in great depth.

“The timing of the revelation is highly suspect, given that it came as tensions spiraled out of control between Prime Minister Binyamin Netanyahu and US President Barack Obama ahead of Netanyahu’s March 3 address in Congress, in which he warned against the dangers of Iran’s nuclear program and how the deal being formed on that program leaves the Islamic regime with nuclear breakout capabilities.”

The entire declassified documents can be viewed and read online.[6] One could conclude that by doing this, the Obama administration was also trying to show the world that Netanyahu’s psychopathic behavior must be stopped and that the administration was asking for back-up from much of the Western world.

Furthermore, the administration seems to be really exhausted after many years of listening to Netanyahu’s lies.  Back in September of last year, Philip Gordon, a White House coordinator for the Middle East, declared,

“How will [the Israeli government] have peace if it is unwilling to delineate a border, end the occupation, and allow for Palestinian sovereignty, security, and dignity?”[7]

The answer to to Gordon’s question is that the Israeli regime is trying to square a circle, which is impossible in this universe.[8] The Western world and much of the Middle East must continue to put pressure on the mad man in Tel Aviv. It must be reiterated that the Obama administration has stirred the political pot, and there is no doubt that the Israeli regime hates him. Perhaps the regime should have read Frankenstein more carefully.

Finally, if some psychopaths eventually turn themselves in, then it would be better for Netanyahu and the Israeli regime if he gives up his tricks, asks for forgiveness, and seeks mental help. He needs to stop looking for comfortable lies and comes to term with himself. If not, he is still going to be a disaster for the Israeli regime.

So far, things are not going well for Netanyahu and his puppets. One writer in the New Yorker has argued that even AIPAC, which seemed to have been unshakable in the past, has been hit by an anti-Zionist storm.

Let us keep the storm going.

[8] One of my dear friends tries to tell me that weird things can happen in “possible worlds,” where the illogical becomes logical. But that is purely fantasy.