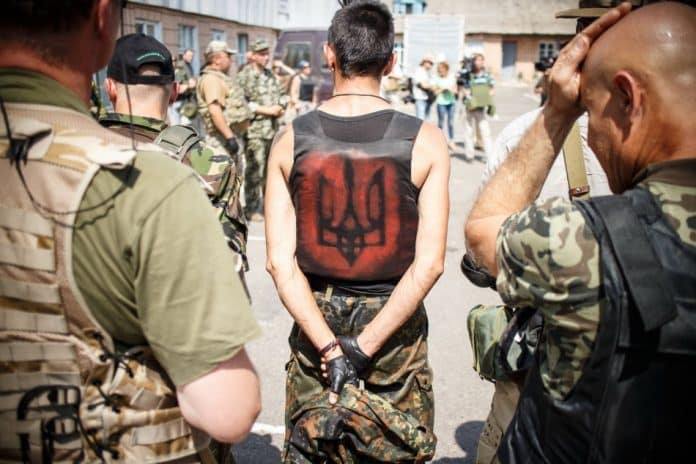 [ Editor’s Note:  Better late than never, but it appears some pressure is coming from somewhere to take this long overdue action against the Aidar battalion. Its crimes have been happening in areas under Kiev’s control in Donbass, not in the confusion of battle.

There have been multiple references in Ukraine website traffic of a secret accord in the Minsk agreement to disarm and disband the worst of the volunteer battalions. Aidar and the Yarosh’s Right Sector thugs, who were good buddies of recently-fired governor Kolomoisky, have been running smuggling rings for looting from Donbass.

At this point, it still could be all for show. We cannot even count the post-Kiev coup investigations that have gone nowhere, with the EU commission on the Maidan violence and killings stating recently that Ukraine’s interior minister had been “uncooperative” in their investigation. Imagine that… Jim W. Dean ]

KIEV, March 31. /TASS/. Ukraine’s Defense Ministry is planning to send troops to the Luhansk region, in the country’s east, to investigate the crimes of the Aidar volunteer battalion, the ministry’s press service said on Tuesday.

“In case these suspicions are confirmed, those guilty will be held responsible,” the ministry said in a statement.

The incidents include an attack on a citizen of Lisichansk, a related shooting in the street and a shootout with fighters of a Ternopol battalion in the city, some 90 kilometers from Luhansk.

Such a behavior of the Aidar battalion members in the Luhansk region discredits the Ukrainian troops taking part in the special operation in the country’s east, the governor said.

In early March, the Defense Ministry announced it was disbanding the notorious Aidar battalion said to be out of control and replacing it with regular forces unit under army orders.

Moskal said in his statement that a part of Aidar had long ago defected from the battalion and was engaged in looting, robbery, racketeering, auto theft and other crimes in regions controlled by the Ukrainian side.

An attempt had been prevented to take an arsenal of weapons from the area of combat operations in Donbass to Kiev. The arms were meant for “destabilizing the situation” in the capital, Moskal said.