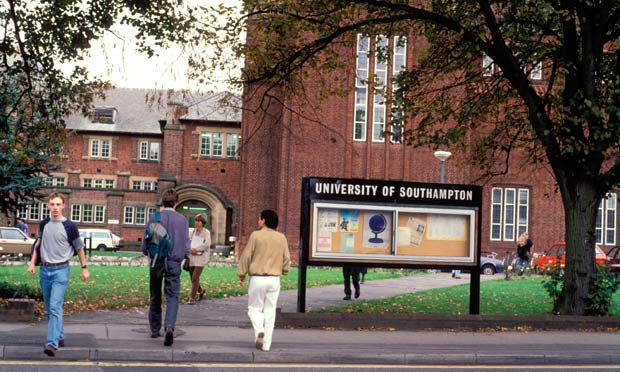 In an earlier article, “Don’t argue, don’t engage, just ignore”, I said the University was a case in point. And a very sad case it turns out to be.

The organisers – the Southampton Law School – say they’ve been told the health and safety risk posed by likely demonstrations is too great. “The University claims that it does not have enough resources to mitigate the risks despite a clear statement from the Police confirming that they are able to deal with the protest and ensure the security of the event. As the law stands, the University is legally obliged to uphold freedom of speech…. the requirement of minimising risk should also fall onto the Police as the agency that is entrusted with the enforcement of the law (freedom of speech) and the provision of security…. It is very clear from the Police’s report that they are more than capable of policing the conference and ensuring the safety of university staff, speakers, delegates, students and property.”

So the advice, “Don’t argue, don’t engage, just ignore” didn’t sink in. The fools let the whiners in the door and handed them an important victory in the Zionists’ desperate campaign to silence any serious debate on Israel. The organisers say they are seeking legal emergency measures to prevent the University from cancelling and persuade it to properly collaborate with the police so that the anticipated demonstrations can be managed.

The Guardian reported that among those who condemned the conference were the Jewish Board of Deputies and MPs including Eric Pickles, the communities secretary, and Caroline Noakes, MP for Romsey and Southampton. The Zionist Federation UK arranged a petition with more than 6,400 signatures opposing the event. A counter-petition signed by more than 800 academics urged Southampton to resist the pressure.

The Board of Deputies complained that the conference lacked balance and focused on “delegitimising the State of Israel”. Their president Vivian Wineman claimed: “It is formulated in extremist terms, has attracted toxic speakers and is likely to result in an increase in antisemitism and tension on campus.”

Jewish News said the conference was being organised by Israeli-born Prof. Oren Ben-Dor, who had previously called Israel an “arrogant self-righteous Zionist entity”. Among the listed speakers was Princeton professor Richard Falk, former UN special rapporteur, who has faced condemnation over his comments on the Middle East, including his suggestion in 2013 that Israel had “genocidal” intentions” towards the Palestinians.

Well-known British journalist Ben White has started another petition urging the university to allow the conference to proceed as planned.

“There is ample time for any concerns regarding the safety and security of university staff, students, and conference participants to be met. The university must fulfill its legal obligation to protect free speech and academic discussion.” The conference was scheduled for 17-19 April.

Under the spotlight is the Vice-Chancellor, Prof Don Nutbeam, who has announced he’ll soon retire. Nutbeam is an academic fat-cat with a package of £333,000 a year. The organisers complain that they’ve been unable to meet with him to consult on the organisation of the conference, and to invite him to open it. “On the other hand, the Vice Chancellor has met with pro-Israel representatives without ever calling us to attend meetings and we, as Professors in the University, feel disempowered and marginalised by this disrespectful behaviour.”