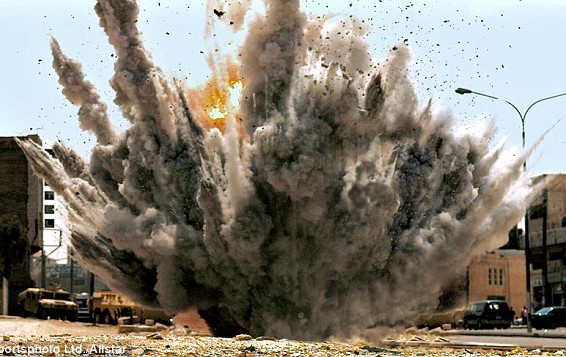 You can watch the 3 minute interview on Press TV here.

[ Note:  The initial news of a possible land and sea operation in Yemen sounded like a psyops as the sea part takes quite a bit of preparation and then logistics to sustain such, while bombing does not.

Egypt used Yemen as a grease the skids opportunity to roll out the planned Arab League “no regime change – anti-terrorism” ready reaction force. Somehow I do not expect this to be used in Syria against US, Jordanian, Israeli, Saudi and Qatari backed terrorist operation there, or even in Iraq for that matter.

But Egypt’s now president Sisi is giddy with joy as the rich Gulf States are now going to be paying him billions for his rent-an-army whenever they fell threatened by democratic movements which will always be tagged as terrorist so it is open season on using harsh methods against us.

Outright geopolitial fraud has gone mainstream now because as long at the media and a few others are getting a cut,  the perps of such schemes get a free pass.]

Press TV has conducted an interview with Jim W. Dean, the managing editor of Veterans Today, in Atlanta, to discuss the speech by UN Secretary General Ban Ki-moon at the opening session of a recent Arab League summit in the Egyptian city of Sharm el-Sheikh.

Mr. Dean argues that the UN is once again sitting on the sidelines instead of being on top of the issue.

Dean further says that a lack of a UN mandate for the Saudi military campaign against Yemen shows that the UN is being manipulated by Saudi Arabia over the invasion of Yemen, adding that Ban is almost marginalizing the organization in this situation.