Home WarZone The Epic Fail of Wikileaks and Assange 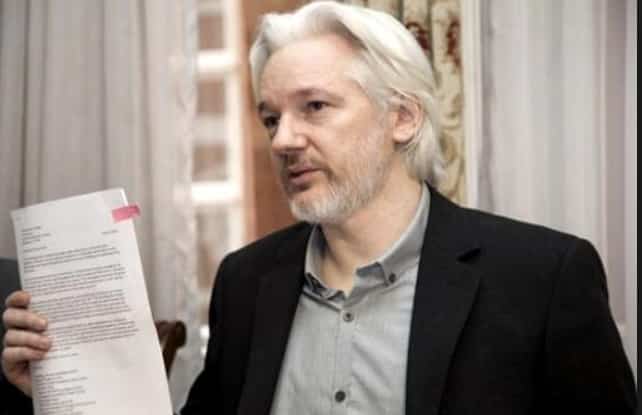 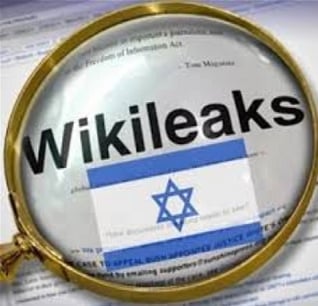 With Russia Today’s article covering Julian Assange’s recent interview with an Argentinian journalist, a rambling and incoherent diatribe clearly demonstrating how far Assange and Wikileaks has fallen, VT has decided to air some our Assange/Wikileaks dirty laundry.

The video above is featured because the Bush/Netanyahu/Assange/Wikileaks nexus is intimately tied, if you will excuse the pun, to the sex scandals that have plagued both Washington and London since the Bush family gained resurgence after the banning of Prescott Bush in 1943 for his business partnership with Adolf Hitler.

The Epic Fail of Assange and Wikileaks

ITS ALL IN THE WIKI-MATH

One out of seven news outlets have noticed, thus far, that Wikileaks seems to have a “soft heart” when it comes to Israel and India. Zbigniew Brzezinski caught on, finally, declaring that Wikileaks is an “intelligence operation” using “pointed” information carefully “seeded” into a combination of minor scandals and chickenfeed.

There is absolutely no question for the press that Wikileaks is totally phony, we all know it, it is blatantly slanted, clearly not only anti-American but aimed at Islam, the easy target of all time. Wikileaks is also trying to be more and more clever about seeming less the Mossad “game theory” construct that we all know it is. The “clever” is fun to watch, more “ham handed” than esoteric.

Much of the press seems to have gotten “talking points” from somewhere, leading them to the material Brzezinski picked up when he “trashed” Wikileaks. We did the “math” on the Afghanistan leak. 80% of the stories to hit the media mentioned Pakistan aiding the Taliban. We did the actual count and found 38 reports out of 92,000 documents that were unsubstantiated reports of Pakistani activity in Afghanistan.

Something about this had a terrible smell. It should have taken weeks to find the Pakistan stuff but the press had it all immediately. Brzezinski is right, Wikileaks is something very wrong packaged to look very innocent. We saw the same thing in the Iraq “dump,” all about imaginary secret agents from Iran.

We are seeing it again, Israel the hero, sparkling clean, a land of angels and wizards, surrounded by dirty Arabs and Paki’s and now, seemingly worst of all, the corrupt and inept Americans, exposed for what they are, OK, almost exposed except for one thing, everything Americans are accused of in Wikileaks was done in support of Israel, at the direction of their powerful AIPAC lobby. Nothing of this is mentioned nor the fact that the leaders in Washington who formulated the policies Wikileaks is trashing are, largely, Israeli citizens.

Is Wikileaks planning, some day, to expose this gang, and show America to be the biggest victim of all?

If it looks too good to be true, trust me on this, run like hell!

Put yourself in the place of a decent and honest reporter. You wait, your pulse pounding, 92,000 documents. You have your entire staff, the obits guy, the restaurant critic, all sitting up at your house, pounding down tequila and espresso. Five of you and 92,000 documents, that’s 18,400 each. You can each scan only 500 documents an hour, that’s a day and a half, but you have a deadline and your Wikileaks lead story has to be in for the morning paper.

You get a text message to check your email. You have a list of articles there, the real “gold” among the senseless time wasting “chaff.” You have one of those moments of moral dilemma. For a real reporter, in the real world, that moment came and went without notice.

You can now make the deadline, and you have the lead story, Pakistan is running the Taiban, murdering American troops, Iranians are swimming the Euphrates, bringing IED’s into Iraq and a 74 year old grandfather from Rawalpindi is managing world terrorism when he isn’t on CNN.

Ireland’s National Hole in One Club puts the odds a little lower for one ace: “The estimated odds of acing a hole with any given swing are one in 33,000.”

And an article in the magazine Navy Newsstand, citing Sports Illustrated as its source, put the odds at 45,000 to 1 for “scoring a hole-in-one on a typical par-3 golf hole.”

This is the comparison we came up with. With our odds, were there only one Wikileak, at 4,130 compared to “hole in one” odds for a golfing pro at 3,756, the analogy works. Thus, 38 out of 92,000 articles is about the same as getting a hole in one. However, when you consider this is the 3rd straight hole in one for Wikileaks, the odds figure to be well over 20 million to one against. Wikileaks beats the odds bigtime.

We call this “the luck of the press.”

I am a member of the press, maybe, if I am lucky, I can find a $50,000 check and first class air to Israel in my mailbox. Any bets on my chances?

RIGGING THE GAME, BUYING THE UMPIRE, COOKING THE BOOKS..WIKIMATH

Oh, you didn’t know we “farmed out” our intelligence? This is illegal, of course. Did America have private companies, some owned by Israelis, operating in Afghanistan, companies tied directly to the Mossad, producing intelligence reports that were then picked out by Wikileaks then hand fed to the press. Let’s do the math.

This is the kind of thing former National Security Advisor Brzezinski is talking about. It is also what others in the media are talking about. Today, Wayne Madsen on Russia Today spoke of the same thing, how Wikileaks seems aimed directly at the enemies of Israel. Madsen, as with so many others, makes the point that Wikileaks is, as he says it, “cherrypicking” intelligence that seems to make Israel’s Benjamin Netanyahu very happy.

IS THERE A LESSON?

The last few days, Paul Craig Roberts and I have been trading emails, a three way debate with Robbie the Pict (actual name), a well known UK activist. Paul wrote this today:

“For example, the US print and TV media and the US government have made it completely clear that they have no regard for the First Amendment. Consider CNN’s Wolf Blitzer’s reaction to the leaked diplomatic cables that reveal how the US government uses deceptions, bribes, and threats to control other governments and to deceive the American and other publics. Blitzer is outraged that information revealing the US government’s improprieties reached the people, or some of them. As Alexander Cockburn wrote, Blitzer demanded that the US government take the necessary steps to make certain that journalists and the American people never again find out what their government is up to.”

So many, honorable people who have “fought the good fight” so long, like Roberts, have been hungry for something to hold on to that Wikileaks is defended to the last without the objectivity such things require. I was someone who, on 9/11, never imagined Osama bin Laden. My first words, “Oh g-d, I didn’t think they would do it.”
I meant Bush and Cheney. This is how I think, after all, I grew up “bad,” a Detroit kid. Now, finally, Geraldo Rivera tells me I was right all along. I never had doubts, I only wondered how long it would take, not for the truth to come out, nobody wants the truth, but for it to become profitable to exploit the conspiracy. Welcome to that one.
Now we have divisions, those I call “Israeli shills” teamed with those who see the extremely flawed and even diseased Wikileaks as a big win because it supports the fight they have had against American duplicity. When is a “big win” a big loss?
(omitted reference to a discussion with a “Paul Mitchell”)
Even better, the Neocons are using Wikileaks as an excuse to censor the internet, multiple bills are in the works already, all conveniently timed to control the explosive 9/11 and AIPAC scandals that are the only real threats to Israel. No wonder Assange is able to hide in plain site.
Those of us who know the real power in America, how Israeli “firsters” managed the Bush administration, always under AIPAC’s thumb, not just into two wars but financial disaster. It is in the news now, every day and has for years, for those who care to read it.
People like Roberts and Cockburn are right, America has been a nightmare. What they seem to be hiding from, that infamous “third rail” in American journalism, the one that took down Helen Thomas and so many others, they are hiding from the obvious truth that the corrupt government they are trying to unmask doesn’t have an American face underneath.
It is Israel behind that mask and Wikileaks is simply a mask beneath a mask, or as Jeff Gates puts it, “psyops and game theory.” When are we going to read a Wikileak about organ theft rings or white phosphorous and American cluster bombs used against civilians in Gaza? Instead, we get “chickenfeed” about a politician?
Where are the Wikileaks on torture, rendition, Dr. Aafia or the phony intelligence on Iraq that led to the invasion in 2003? We are still waiting for a Wikileak on Israel’s friend, Chalabi, the wanted criminal America made Prime Minister of Iraq, a decision that led to a full scale civil war.
Wikileaks is like mother’s milk to people who have starved for openness and justice.
Wikileaks is mother’s milk laced with arsenic.