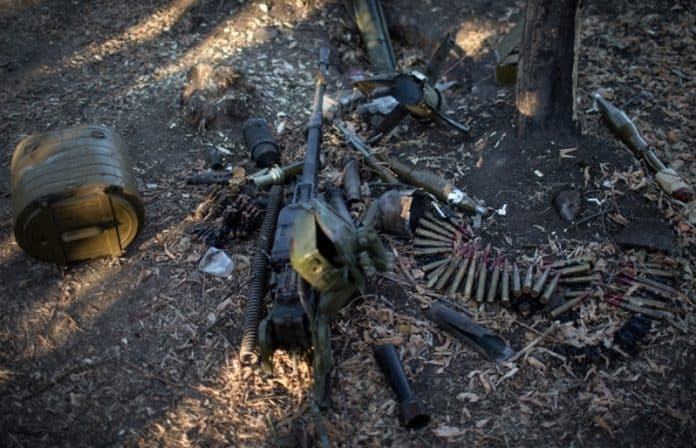 VLADIVOSTOK, April 18. /TASS/. Supplies of lethal aid from Israel to Ukraine will only deteriorate the standoff in Ukraine and increase the death toll, Russian President Vladimir Putin said Saturday in an interview with Vesti v Subbotu program host Sergey Brilyov. Putin ready to work with any new US president

The journalist asked Putin to comment on statements that Israel could start supplying weapons to Ukraine in response to Russia’s decision to lift its own ban on supplies of S-300 air defense missile systems to Iran.

“It’s the choice of the Israeli leadership, they are entitled to do what they deem expedient,” the Russian president said.

“I think it’s counterproductive if the talk is about lethal weapons, because it will only lead to an additional coil of confrontation, an increase in human victims and the result will be just the same,” he said.

“As regards our supplies to Iran, these are purely defensive weapons, and they do not undermine Israel’s defense capacity in any way,” Putin said.

In addition, Putin said that signed a decree to lift the ban on S-300 deliveries to Iran. Russian Foreign Minister Sergey Lavrov said April 13 that Russia’s voluntary embargo on deliveries of S-300 missile systems to Iran is no longer needed due to progress in the resolution of the situation around Iran’s nuclear program.

Lavrov said that initially, the decision to suspend the implementation of the contract, which had already been signed and come into force, was made in September 2010 to support consolidated efforts of the six international negotiators on Iran’s nuclear program to stimulate a maximally constructive process of talks. The P5+1 is the five permanent members of the UN Security Council – the United States, Russia, China, the United Kingdom, and France – plus Germany.

At a meeting in Vienna in November 2014, the P5+1 and Tehran agreed to extend the deadline for a deal in the talks on Iran’s nuclear program to June 30, 2015.

The latest round of talks between Iran and the P5+1 in Lausanne ended April 2, 2015 with the conclusion of a joint comprehensive action plan on the Iranian nuclear program, to be adopted by the end of June.

As the plan is being implemented, all political and economic sanctions are to be lifted from Tehran. Meanwhile, on April 9, 2015 media quoted Iranian President Hassan Rouhani as saying that if sanctions are not lifted first, Iran will not sign the nuclear deal with the six international negotiators.