Disclosure: The views expressed herein are the views of the author exclusively and not necessarily the views of VT or any other VT authors, affiliates, advertisers, sponsors or partners and technicians. Notices

By VT Staff and a few lobotomized helpers

Veterans Today has learned that violent confrontations with American military across the country are being planned by terrorists pretending to be “former special ops” and planned/exploited by bloggers and extremist radio hosts.  Snipers are being sent out now to target American troops, whether Jade Helm or not.  The real threat will be from intelligence agents who will see to it that

Who is really being reached out to is drug gangs, violent white supremacists and radical elements who are being pushed into something that will really bring about martial law.  Whoever set up Jade Helm in the first place quite well purposefully knew this was going to happen.

Orders are:  Do anything to prove a violent confrontation.  Behind this?  The usual suspects, who got their practice run at the Bundy Ranch.   This time they are going to kill somebody. 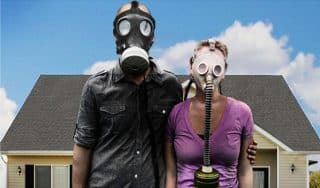 VT had it wrong, there is quite a story behind the Jade Helm exercises now “targeting” several small towns in America’s Southwest. We just didn’t know the whole story, not until we talked to those “in the know,” the “prepper” and “Stormer” communities that make up the heart of the Christian, Anglo-Saxon right wing blogosphere.

We are sure Jade Helm is a very real plot against America just maybe not the one some suspect.

To get background on the real threat of Jade Helm, a simple Google search of such terms as “UN troops in America” or “FEMA camps” will take you to hundreds of valuable articles. Some offer proof, dating back as much as ten years, that UN “Blue Helmet” troops have, in fact, taken over much of the country already. That nobody has ever photographed one of them simply means they are using “cloaking devices” or that they kill everyone they see.

From AboveTopSecret republished on PrisonPlanet/Infowars:

When the day of Martial Law comes in America, do not expect Fox News Network, NBC, CBS, ABC, CNN, BBC News 24, ITV News Channel or Reuters to give a full or accurate account of the truth. Mass genocide will occur like it has done in many other countries like Cambodia, Russia, China, Germany, Poland, Armenia, Georgia, Belorussia, Hungary and the Ukraine over the past 100 years.

The best option for a lot of Americans is to leave your country and go and live in Europe or maybe Britain. When the day of Martial Law begins the 6 million UNISF and UNMNTF troops in America and Canada will be deployed to round up, gangrape and kill millions of Americans whos names appear on the CIA Red Hit List and the CIA Blue Hit List.

Do not think it won’t happen, it most definitely will. You have been warned. The American Empire Pax Americana has come to an end and now the Thirteen Reptilian Illuminati Luciferian Families want to reduce the American and Canadian populations to a more manageable size and also want America to become a Fascist Police State under dictatorial rule. This obviously cannot be achieved if America stays the way it is. Only the people of America can stop the coming American Holocaust from occurring, so please, for Gods sake, wake up and do something to prevent this Luciferian insanity that will come true very soon all around you!

Remember that the US Government will issue D-Notices into the MSM to prevent any wayward journalists from even bothering to ask where all the poor families, the mentally ill, the physically impaired and those who are deemed as Patriots against the NWO and Reptilian Illuminati Families actually are located once millions of people are placed in FEMA Internment Camps and DHS Concentration Camps.

This was 2008. How could they have gotten so much, so right, just 7 years in advance?

In order to understand Jade Helm, as we have had it explained to us, you have to know the players:

How Will it Work?

Here is what we are led to understand:

Did we mention gun seizures?

Most researchers as well as my insider sources concur there is more to Jade Helm than the announced purpose. Although the drill is not scheduled to start in over 3 months, it actually began in Ft. Lauderdale with extraction of dissidents on March 27, 2015.

Is there a phase two to the Jade Helm 15 drill? The short answer is “yes”.

Jade Helm 15 will not likely stop with two phases and I know for a fact that this list of Jade Helm 15 applications will grow. Not surprisingly, the United Nations will be involved every step of the way. Now that I have been provided with a two phase operation from trusted insider sources, can these claims be supported by publicly known facts?

On Friday March 27, 2015, I was interviewed by Nik Rajkovic, a news reporter for NewsRadio 740 KTRH in Houston. In the course of the interview, Rajkovic informed me that he had interviewed a Sheriff’s Deputy and was told that Jade Helm 15 was practicing “extractions of dissidents”.

A review of the events in Ft. Lauderdale on March 27, 2015, clearly demonstrated that a dissident extraction drill was indeed being conducted. In order to be an expert with inside sources, always a brother in law that is a cop somewhere, usually a mall cop or maybe someone who once wanted to be a cop. There are other things Jade Helm experts have in common, they are selling things:

The Politics of Jade Helm

OK, we know Obama is ordering it. This means that, though hated by Netanyahu and Israel, he is really working for “the Jews.” With him is the military, normally very “right wing.” Now they are working with the Russians and ISIS (I have suspicions there) and “the Jews” as well, though the Russians under Putin and “the Jews” don’t seem to be getting along so well either.

According to our “two step” blogger, Texas will be disarmed first. This will be done by the initial Jade Helm group, numbering as few as 200. From the Houston Press, a bit of disturbing fact at how challenged Jade Helm will be in Texas alone, the poll:

Deeper into the poll was a basic question: Do you or a family member own a gun?

Answer: Hells to the yes.

Nearly half of the 1,200 Texas voters polled, or a member of the polled person’s family, own at least one gun, results showed.

According to the poll, 19 percent of the gun owners had just a single gun….but single guns are for wimps. If you’re going to be a gun owner, then be a gun owner: 44 percent owned from two to five guns.

Twenty percent — one in five Texan gun owners — packed more than five guns. Most ominously of all, 17 percent of those polled answered “prefer not to say.” We assume that last group also has an impressive collection of beans, jugs of water and many non-perishable foods.

Why do they own (so, so many) guns? The poll showed 44 percent cited “protection” and 19 percent hunting or sport shooting. Fair enough.

The poll says 44 percent of Texas voters, or a family member, own a gun — that would be a little over six million people. (Yikes.)

Of that 44 percent, two percent — a little over 120,000 Texans — said the reason they own a gun is “Second Amendment right,” to quote the poll exactly.

Rough math would have the Jade Helm crew outnumbered somewhere between 100 to 1 up to 10,000 to 1. Of course then there is the other problem, Texans are generally armed, on a one to one basis, far better than Navy SEALs. Texas is a big market for the VT custom shop.

We have this other issue, “the Jews.” VT and in particular Gordon Duff, Senior Editor top the ADL’s list of most dangerous threats to the Israel lobby in the US. Of course, the Jade Helm folks, none of whom are mentioned whatsoever, are starting to claim that Jade Helm is a VT and “the Jews” plot, with Obama of course added in, the “Mud Person President” who is hated by Israel but secretly working for them as part of a grand scheme that nobody can quite put together.

So, we have VT, Duff, “the Jews,” Putin’s Russia, ISIS, Walmart Corporation, the United Nations, Ghana and a billion Muslims standing against the Stormer Crowd, InfoWars, the “prepper” community and the entire listenership/viewership of Fox News.

Do I have that part right?

Some of the materials quoted here are many years old, warning of Jade Helm well in advance. It reminds me of the self appointed economists who continually warn of the collapse of Americas markets.

This began AFTER the real collapse in 2008. While this gang pushed their followers out of the markets, the markets rose 285%.