Home World Afghanistan on the verge of another Durand Line 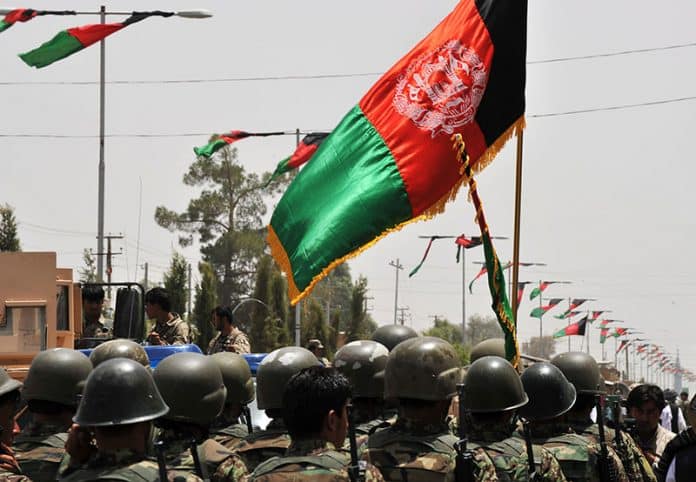 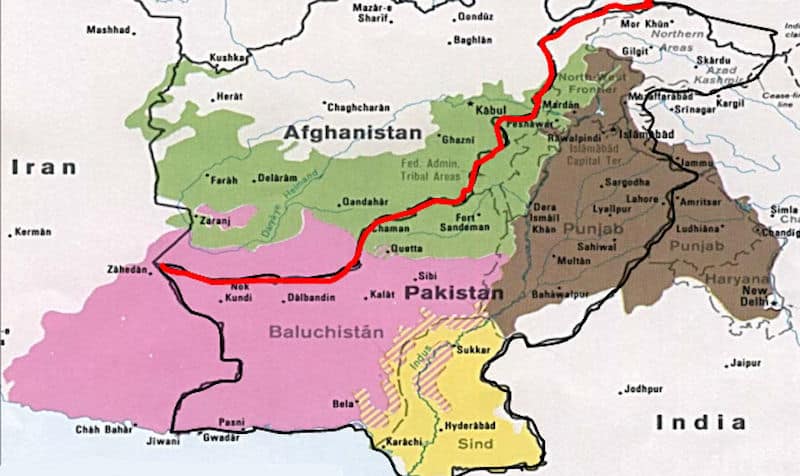 Our Durand Line issue is yet to be resolved with Pakistan, while other schemes regarding a new “Durand Line” are under work.

The Unites States of America and its close allies look forward to draw another gloomy line on the footstep of Durand Line among Afghans to divide Afghans into the South and North.

To implement this project, they have established the double-headed government and it is obvious that if the US has promised Dr. Ashraf Ghani to be the winner of the upcoming Presidential Elections, he would be one of the most active pieces of this plan. On the other hand, Abdullah would be so content that he would become an independent king, but the problem for Abdullah is Atta Mohammad Noor, it seems that North Afghanistan would be governed by Noor.

After British divided Pashtuns into two parts and drew the disreputable Line of Durand on the heart of them, almost a century passed and the issue is still remaining unresolved, both Pakistan and Afghanistan consider the Durand Line as the main reason of security problems in both countries.

If Afghanistan is disintegrated and divided into South and North, there are a lot of brave and warrior Pashtun tribes living in North that would be made to leave the Northern provinces; their lands, properties, livestock and (perhaps their wealth) would be taken from them; they would be obligated to vamoose to the south of the country. Hence, there would be an unsolvable odium stayed between Pashtun tribes and non-Pashtun tribes in the North.

If it is planned that Pashtun will stay in the North but as a part of North Afghanistan, this seems problematic also. There would be similar security problems as they are already going on between Pakistan and Afghanistan. As always, our other tribes (Tajik, Hazara, Uzbek and Turkmen) would have problems with the Pashtun tribe.

Nearly 9 months earlier, I had mentioned in one of my articles that America wants to turn Badakhshan areas into a second Waziristan, it would include Kunduz province and the areas having border with Pakistan, we could also name Takhar and Kunar provinces.

I had also mentioned that these areas would be controlled by Taliban, and foreign Uzbek and Chinese religious and Islamist groups would be operating here, and America, using the pretext of the presence of these groups would like to continue its war against China and Russia.

We Afghans are deeply unaware; in the case, the plan of second Durand and second Waziristan is schemed and, with rapidity, is going toward implementation.

Russians know very well that the base of another Waziristan is being established in the North. Also, Russians are familiar with that America and its close allies plan to divide Afghanistan into two parts, Russian researchers and experts on Afghanistan are working, researching and surveying that whether dividing Afghanistan is in benefit of Russians or not.

It largely seems that Russians think that North Afghanistan, in the case of division, would have good relations with them, and they would be safe from what they consider as the threat of Pashtuns in South Afghanistan.

But Russians concern about the US economy that has a lot of prevalence in the former Soviet Union’s states and have caused the people to rise against Russians, and the latest evidence of their disagreement is on the issue of Ukraine. Considering these problems, Russians think that if Afghanistan is divided into two parts, North Afghanistan would be under the influence of America and it would be another headache for Russians.

In my view, the most capable person for America in order to implement the project of one more Durand and another Waziristan is Dr. Ashraf Ghani, and it seems that some Tajik and Hazara brothers are also waiting to this plan, they together, for having their power last, want to play with every kind of independence and sovereignty.

I call on the entire patriot, genuine and independent Afghans living in and abroad Afghanistan and all of the tribes living in the country to take practical steps toward preventing the second Durand and another Waziristan plan and do not let the saleable politicians to draw another black line on the heart of brother nations.

Also, I want the entire Afghans to make the leaders of the Unity Government understand that they would permit no one to deal with Pakistan on Durand Line without considering the interests of the Afghan people.

Afghan King Zahir Shah and President Dawood wished to resolve the issue of Durand Line with Pakistan by taking care of the interests of Afghanistan. Likewise, some members of the Taliban regime were also following the Dawood’s Policy. The Karzai Government also had discussed its demands with Pakistan in order for the Durand Line issue to become resolved, but Pakistan, without considering Afghanistan’s desires, wants the Durand Line to be accepted as the official border between Afghanistan and Pakistan.

In 2012, former President Hamid Karzai had accepted and signed the issue of building Border Management Points on Durand Line with Pakistan; now, Pakistan tries to make Ashraf Ghani to accept the Durand Line as an official border between two countries.

I have to emphasize that if we are asleep with such a deep unawareness, we will hear the news of completion of implementation of the one more Durand and another Waziristan’s project from the domestic and foreign media, we would have lost the opportunity and wouldn’t be able to do anything at that time, then. But, we still have time, we still can unite and we still can prevent saleable politicians from dividing Afghanistan into two parts; but it is also very challenging to remove the saleable politicians from the power.