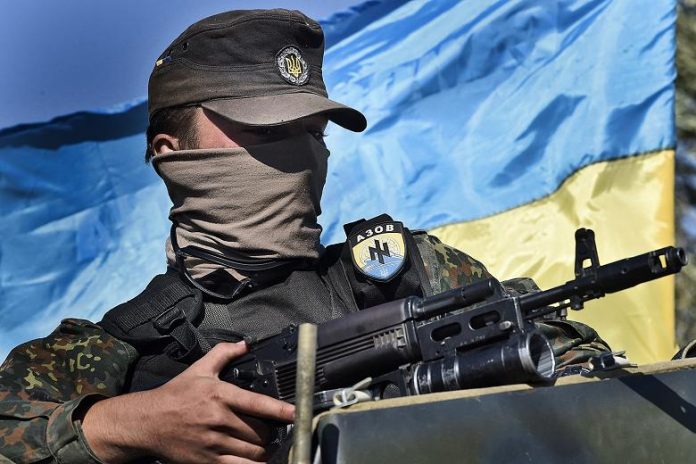 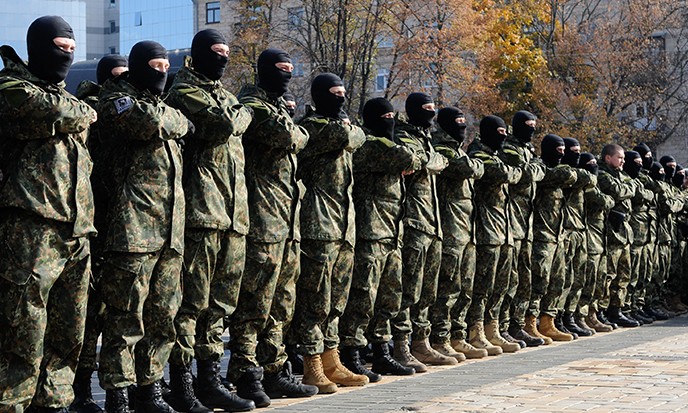 [ Editor’s Note: An anonymous famous person once said, “You just can’t make this stuff up,” and this is a perfect example. Notice that these remarks did not come from the Ukie high command but from field commanders in the ceasefire line over open communications.

This is an extremely rare event, and shows the Azov battalion is trying to get cranked up with its constant ceasefire violations.

Their co-conspirators in these crimes are of course France and Germany who agreed to guarantee Kiev’s compliance. And of course the US and the EU have not used any of the financial levers they easily could have to pressure Kiev into honoring Minsk.

But John Kerry obviously fears no blowback on his reputation or the State Department’s as his most recent comment was the usual one. No Russian sanctions would be removed until they lived up to Minsk, when the West has been supporting all of the crimes done in Ukraine right up to the current ceasefire ones as one of the prime backers of the Western coup there.

Legally all military assistance to a coup that has been rejected by a significant part of the country is dead on arrival. But what we are seeing now is foreign policy double standards being presented to the world without the slightest embarrassment. The US State Dept. needs to get lots of calls about the damage they are doing to what is left of America’s reputation… Jim W. Dean ]

MOSCOW – Ukrainian Armed Forces’ officers use open communication lines to make contacts with the officers of self-defence forces of the self-proclaimed Donetsk People’s Republic, in the course of which they ask to open fire at the highly controversial Azov ‘volunteer’ battalions, Eduard Basurin, the spokesman for the DPR Defence Ministry said.

They accompany their requests by references to the battalion’s total uncontrollability.

“Commanders of the Ukrainian Armed Forces are trying to provoke our servicemen for violations of the ceasefire regime,” Basurin said. “These army men are asking the officers of the DPR defence forces to open mortar or artillery fire at the positions of the Azov battalion under the pretext that Azov is uncontrollable and mistreats the local population aggressively.”

Self-defence units have ignored these provocative appeals until now and continue ignoring them, he indicated.

“It’s highly advisable for the Ukrainian Armed Forces to put things into order within their formations with the aid of their own means and capabilities,” Basurin told the Donetsk News Agency.