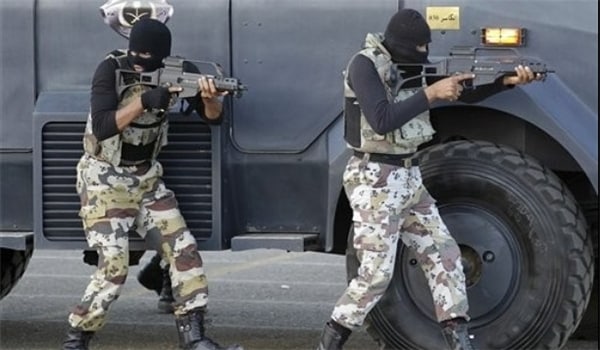 TEHRAN (FNA)- The Saudi security forces have arrested, sent to exile or revoked citizenship of over 170,000 citizens in the last one month on different charges ranging from illegal migration to political dissent.

The Saudi monarch that is in the midst of an invasion of neighboring Yemen has widened detention of dissidents across the country, arresting thousands of people in the last mone month.

Shiites and even Sunni groups, other than Wahhabists, have been the main target of “unlimited detention” law in the last five weeks.

“Expulsion of workers on different charges takes place at a time when the Saudi officials are deeply worried about the presence of foreign workers, specially the Yemenis, in their country as they fear outbreak of civil protests,” the Arabic-language Emirati newspaper, Al-Ittihad, reported on Monday.

The foreign workers are mistreated to such extent in Saudi Arabia that the human rights organizations have asked for investigating the same.

Videos have been released on the Internet showing the Ethiopian workers being beaten violently or even killed in public places and streets.

The human rights organizations have on different occasions objected to the unfavorable conditions of millions of foreign workers in Saudi Arabia, including low wages, mistreatment and sexual abuses calling it modern slavery.

Eye-witnesses said the policemen have been heard saying at the time of several arrests that the country’s “pure Arab race” and “pure Wahhabi Islam” needs to be preserved.

On Sunday, Talal bin Abdulaziz, brother of Saudi King Salman, warned of widening gaps in the Al Saud family, and underlined that his brother is incapable of ruling the Arab monarchy.

“Differences are emerging in the Saudi power circle and Prince Talal has warned of emerging gaps by saying that King Salman is incapable of administering the country,” a source close to Prince Talal told the Arabic-language Al-Manar TV.

Other sources had also earlier this month disclosed that gaps had widened among the members of the Al Saud ruling family as a result of the war on Yemen.

“The differences have intensified in the Al Saud dynasty over the Saudi-led airstrikes on Yemen,” Senior member of Ansarullah movement Hossein al-Ezzi told FNA.

Al-Ezzi noted that several regions of Saudi Arabia have been the scene of insecurity and chaos since the start of the Saudi-led aggression against Yemen, and said, “These insecurities have been intensified” intimidating some Saudi rulers that the war on Yemen might lead to chaos at home.

He also pointed to the widening rift among the Saudi-led coalition members, and said, “The Pakistani parliament voted no to the military interference in Yemen and Turkey also refrained from joining the coalition while there are also strong opposition in Egypt against Egyptian president’s stance vis-à-vis Yemen.”