[ Editor’s note:  This comes as no surprise. In response to US and EU aggression in Ukraine, the Baltics and Poland, Russia has been forced to respond by cranking up the TU-160 bomber production.

The West has literally burned down the arms reduction agreements that many years went into securing. What is driving the turnaround?

I can hardly assume the Western defense contractors are unhappy with the news, especially if someone wanted to justify increased defense spending to keep the cash flowing to themselves, now that the Iran nuclear bogeyman looks like it might be put to bed.

If the policy continues to be the big failure is seems to be, those involved will still move on to cushy, well-paid jobs in the defense industry. The public will be left with deficit financing of manufactured threats as the soup du jour’s new looting scam.

But there is more to the TU-160 story. I don’t think the new production is being cranked up just for the Russians — but the Chinese, Indians and maybe even Iran. It would save them a fortune and a ton of time versus developing their own.

Increased multi-country TU-160 production can bring down the per unit cost, and also continually fund improvements. Backfire bomber bases all over Asia would be a huge targeting problem for the West.

It would be facing not only defense in depth, and also a much bigger threat to having its forward bases taken out early in a conflict… all priority targets for these Eurasian countries to defend themselves from a manufactured preemptive strike by the West.

And lastly, the huge sums being invested in the energy mega-pipeline deals all throughout Asia are certainly going to be well defended, along with the New Silk Road, bullet trains and highway system. Asia will be defending itself with internal lines of communication… with emphasis on the defending.

As for the claims of this plane being invisible, it might be in regard to traditional targeting radars, but the full spectrum radar satellites can see the huge turbulence following this plane like a roman candle.

There are certainly wildcards being held, like the US black project weapons systems. But they can’t be used without having to explain where all the money came from with no public accountability.

The bottom line for all of this is we have the geopolitical war version of unregulated derivatives going on here. We are seeing staging for looting the American public for threats that have been totally manufactured, with as much substance as what is backing all of the derivatives contracts… absolutely nothing… Jim W. Dean ] 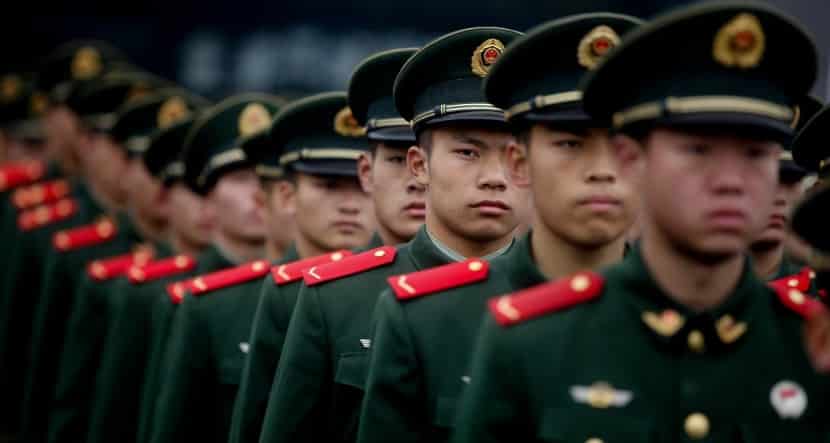 Russian KRET concern is developing a new aircraft guidance system, a targeting and navigation complex, a weapons control system and other electronic equipment. A total of 800 firms and organizations are involved in the modernization of the Tu-160 aircraft.

KRET is developing a new aircraft guidance system, a targeting and navigation complex, a weapons control system and other electronic equipment. A total of 800 firms and organizations are involved in the modernization of the Tu-160 aircraft.

KRET companies are designing engine control and fuel consumption systems as well as a maintenance service which would help the crew in force majeure situations.

On April 29, Russian Defense Minister Sergei Shoigu visited the Kazan Aircraft Production Association and ordered to resume production of the Tu-160. “There is no match to the Tu-160 among supersonic aircraft,” Shoigu said.

The Tu-160 is a supersonic variable-sweep wing heavy strategic bomber/missile carrier designed by the Tupolev Design Bureau in the Soviet Union in the late 1970s – early1980s. The aircraft entered service in 1987.

In the Russian Long-Range Aviation the Tu-160 was nicknamed “the White Swan”. Its original construction is stealth-ready and allows the aircraft to stay unspotted during long-range combat missions.

The Tu-160 holds 44 world records in flight altitude and operation range. The most recent was set when it made a continuous flight of 18,000 kilometers in 24 hours and 24 minutes.

The Tu-160 is the largest, heaviest and the most powerful supersonic aircraft in military aviation. During modernization, the aircraft will be equipped with advanced communication and navigation systems, new targeting systems and electronic warfare complexes.

Initially, the Tu-160 was designed to carry 12 Kh-55 cruise missiles with thermonuclear warheads. Currently the Tu-160 is rearmed with the cutting-edge Kh-101 and Kh-555 missiles with an accuracy of five meters.