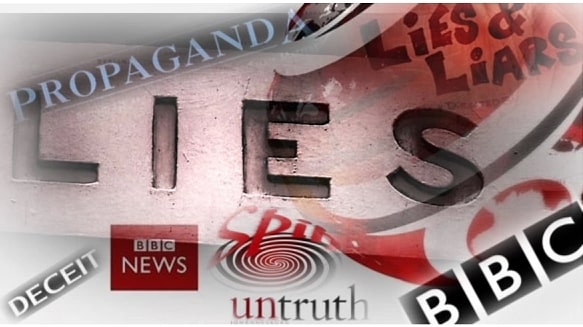 I happened to catch a snippet of the BBC News on TV today, a rare occasion for me as I pretty much gave up watching the TV News months ago. As a friend of mine wittily observed, they should rename it ‘The Bad News’ as there’s never anything positive on it. A cynical person might suspect this was a deliberate ploy by ‘Auntie Beeb’ intended to sow fear and loathing of ‘ISIS’ among the British sheeple.

The segment I watched was a report on the current situation in the Syrian War; the talking head ‘expert’ was an ex-British Army officer and he laid out an extremely gloomy picture. To summarise his key points:

Oh dear, things really are looking bad for Syria and Iraq; their armies are a joke and ISIS is running rampant. Or so the BBC would have us believe. Luckily, we don’t have to take the BBC’s word as gospel, we can ask our friends on the ground in Syria and Iraq just what is happening and I did just that.

I began by asking about Ramadi and what really had happened there in order for ISIS to be able to capoture the town. The burden of guilt has been placed squarely on the heads of the Iraqi defenders; the BBC telling us they simply downed tools and ran away. However, what they failed to mention was the involvement of the USA who strongly ‘suggested’ to the Iraqi leadership that no Shi-ite reinforcements be sent to Ramadi as they might be loyal to Iran (a Shia nation). This lack of reinforcements caused the troops in Ramadi to be overrun.

Of course, this humiliating defeat could have been averted if US air strikes had been carried out. We are told by the mainstream media that the capture of Ramadi took place ‘despite overwhelming US air power’; this is a blatant lie – no US air strikes took place and the 7 strikes carried out by the Iraqi air force are being labelled ‘coalition’ with the bogus claim that they were flown by US pilots. The sad truth of the matter is the US did nothing to prevent the fall of Ramadi; in fact, US pressure contributed to the defeat.

However, all is far from doom and gloom; while ISIS have been enjoying success in Iraq, at the same time they lost a key battle in Idlib province of northwest Syria.

A group of Syrian soldiers were entrenched in the hospital of the town of Jisr al-Shughur, besieged by fighters claiming allegiance to Al-Nusra. For 20 days, this group of 250 Syrians armed only with small arms – Kalashnikovs and RPGs but led by the inspirational Col. Mahmoud Sabah defended the hospital and it’s patients from countless assaults. By an enemy that enjoyed the advantages of advanced heavy weaponry including TOW wire-guided missile launchers. Col. Sabah had lead his men to the hospital to defend the injured men, women and children there after Al-Nusra stormed into the city three weeks ago.

President Assad had promised to rescue this brave group of fighters and the hospital patients they were defending; today the rescue came in the form of an elite special forces unit of the Syrian Army who liberated all of the defenders and patients, killing over 100 Al-Nusra fighters in the process. President Assad contacted Col. Sabah personally and told him that he and his men, in their heroic actions and sacrifices truly represented the fighting spirit of the Syrian army. All of the Syrian defenders and both military and civilian wounded were evacuated – no-one was left behind.

This story of heroism, of 250 Syrian solder encircled and beseiged, resisting for 3 weeks with Kalashnikovs and RPGs; ending in a morale boosting victory and rescue is seen by the Syrians as being a fitting response to the scurrilous lies told by the Western media who would have us believe the Syrian Army was falling apart, it’s will to resist broken.

This is no isolated pyrhhic victory, ISIS and it’s allied groups are losing a great deal and the will of the Syrian Army to fight and the Syrian people to endure remains unbroken. This is in stark contrast to the doom and gloom presented to us in the Western media.

It is always galling when a mainstream media outlet lies to us, doubly galling when it is the BBC which is financed by tax payer’s money – in effect, the British people are paying the bill for being propagandised and deliberately mislead.

Last week, a friend of mine, a single mother of two in her early 30s posted this update to her Facebook page early one morning:

“I think the news gets more and more like a horror movie every day!!! Why are we letting ISIS destroy the world?? Worse and worse everyday!! The civilians will never have any quality of life!! I’m sure it would be more humane to drop an atomic bomb on them all. “

“ISIS is designed to strike fear into people, so we all must fight it by not giving in to fear. Wars will continue to happen as long as the fat cats of this world can turn a huge profit on them. The 5 biggest arms exporters are USA, Britain, France, Russia and China and those 5 countries also happen to make up the 5 permanent members of the UN security council, so don’t hold your breath for peace any time soon – war is too profitable!“

Some famous bloke once remarked: ‘We have nothing to fear but fear itself’

You know, I think he might have had a point.